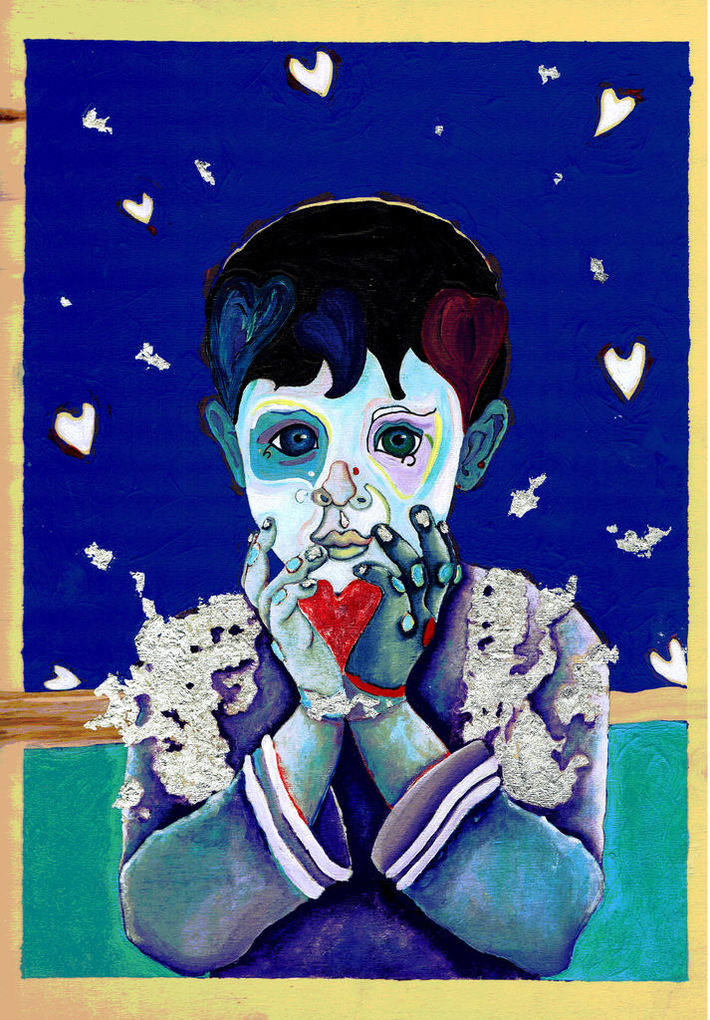 CLAUDIA EMANUELA COPPOLA has not received any gifts yet

Which of the following best describe you?
Illustrator, Painter, Professional Creative, Performance artist

What do you want people to know most about you?
CLAUDIA EMANUELA COPPOLA, born in Milan, Italy in 1966, is uniquely positioned as an artist, moving effortlessly across disciplines as a writer, painter, theatre director and illustrator. Sinuous lines, vivid colors and sensational tones are characteristic of the faces she paints. The enchanting eyes of her young figures express an immense fragility, a sadness mixed with innocence, Trapped in their dreamy world, Coppola’s figures have the power to open us to the soul with their glance. Coppola has been widely recognized with awards and exhibitions in Treviso Roma, Napoli, Milano, Taormina, Budapest, Paris, London, Miami, and New York.

How did you hear about Brooklyn Art Project?
NEW YORK

CLAUDIA EMANUELA COPPOLA, born in Milan, Italy in 1966, is uniquely positioned as an artist, moving effortlessly across disciplines as a writer, painter, theatre director and illustrator. Sinuous lines, vivid colors and sensational tones are characteristic of the faces she paints. The enchanting eyes of her young figures express an immense fragility, a sadness mixed with innocence, Trapped in their dreamy world, Coppola’s figures have the power to open us to the soul with their glance. Coppola has been widely recognized with awards and exhibitions in Treviso, Roma, Napoli, Milano, Taormina, Budapest, Paris, London, London, Madrid and New York.

THEATRE DIRECTOR: Written and directed by myself

Who is Claudia Emanuela Coppola in and out of the painting?
Claudia is always one in mess-tin... So I feel me, one who always has to learn and that never arrives! But this gives me satisfaction! I don't love those who have “success” without working, studying, without falling down, always with a smile on their lips, like a glue... I seem inflexible?!
Perhaps I am...surely, like my father and the father of my father and back, back to the past of my heart...I have to work, work, work, BUT! There is a but...But never forgiving a caress to someone, never going on in front of tears. Working is ... with the human being, with the people, with their heart, with their efforts, never making a man feeling alone ...that’s why I paint “the soul of the faces”.

The graphic sign, the pictorial gesture, the theatrical action, three expressions to tell other or to tell yourself?
I don't tell a lot of me in my art... or at least, I try to tell the others, often the little ones, those who are alone, the most suffered, the smallest. It always comes to mind "what you will do to the smallest among you, you will have done it to me". And then, then when I feel inside my soul the scratch of their souls, then I create, but always taking care about the colors that must give a dream or the words, in theatre, that must be hopeful.

Where is the meeting point for you?
It’s that world that few want to admit to look for, to look at, because they feel stupid... I believe that meeting point is the glance on eternity, with the special answers to our special and unique wishes and desires.
I want to open this window..., in front of who is afraid of it.

Numerous shows, important recognitions, notable theatrical representations, which do you remember with great satisfaction? And which of them would you not to have done?

Thanks... you are too good with me... I don’t see me really this way.
I remember, with melancholy, the show "Il Maestro e Margherita", written by Bulgakov; a story of love and passion, of sweetness and fears, full of faith. Nobody believed in that history, but me yes!
I remember the evenings... every evening it was raining heavily and all the evenings people stayed out there on the street in front of the theatre Out Off, in Milan, under the rain, hoping to find a place, hoping to see the play. And when there were no more seats, we added benches, then we added pillows and then, then they sat where they wanted, near to the actors and all were so excited! They laughed and they cried, actors and spectators! And. they went out happy!

The dream, the fable, the imagination, they are colors of your life? How would you describe them?
The dream lengthens us... upward, the fable plunges us into our heart and the colors.... the colors as the words, end never! Combinations on combinations, what a miracle!

If I say metaphor, trip, Art, what do you say?
The art for me is a job and a vocation as all the other jobs and all the other vocations. Job, because it’s effort, rule...getting up soon in the morning, thinking about it also when you go to sleep, when you eat, when you have headache, this is Art. Vocation, because I always think that if each of us had the strength to answer, choosing the work that is also vocation, we would be all best.
You know why I say that the art is a job like another one?! When I start thinking what I have to paint and I become angry with myself, because it doesn't come me nothing... I think about a simple nurse that works in the intensive therapy with children and I immediately start working, without complaining me.
Trip... I hate to travel, but I love to travel with my mind. I like more my world: it has a sweet music and a full silence and colors and faces that I adore... as my last work "Piero" that have changed in "Blue Piero"...I love that child! But he doesn't exist! Who knows from where he has come...
Metaphor. I don’t know... this word remembers me the summer of my fifth grade, I was ten years old... I brought with me to the sea the Eneide, how wonderful!

In your international art experience, what is difference between “making art” in Italy and out of Italy?
Once it was different. we were different... it was beautiful that we were each different from the other, Italian from French, from the Spanish, from the American... now with the globalisation we are all very similar, for me too much.
The only difference that I still feel is in the sensibility to the art in southern Italy...there is still something hidden; The problem is that there is no more something hidden in everyone of us... and so there is no more somethinf to find out! That was that made the difference!

Who is today an overestimated artist?
Here I don't know, really I can’t answer. I cannot judge a person rather than another. I should know him to judge his art. And then, I don't know if it would be correct, too. Why do we respect the painters that are not more living?
When we go to an exhibition...we read their lifes, their dreams, their falls and then we understand that they were like us... and we fall in love with their works!

Your first pictorial work?
Not good...but an open window on my pain; a lost girl in a red forest, a girl throwing a white rose , among the leaves, hoping to have the courage to leave that flower there... A child, Giacomo, that I had to let go.

What do you want about the feelings of your exhibitions’ visitors?
Emotions and hopes.

The show that you want to do?
That organized by a person that really believes in me...perhaps he is already there.

Your passions?
Children, the plants and the flowers, the house, the knickknacks, the memories, the caresses.

Descrive yourself in three adjectives
Violet... as my travelling spirit.
Blue... as my melancholy.
Orange... as my love for all the children, not red. Because red is violent.... orange. The orange is only a caress.

Coppola, Many Happy Returns and wishing you all the best on your Birthday, From Janey Godley 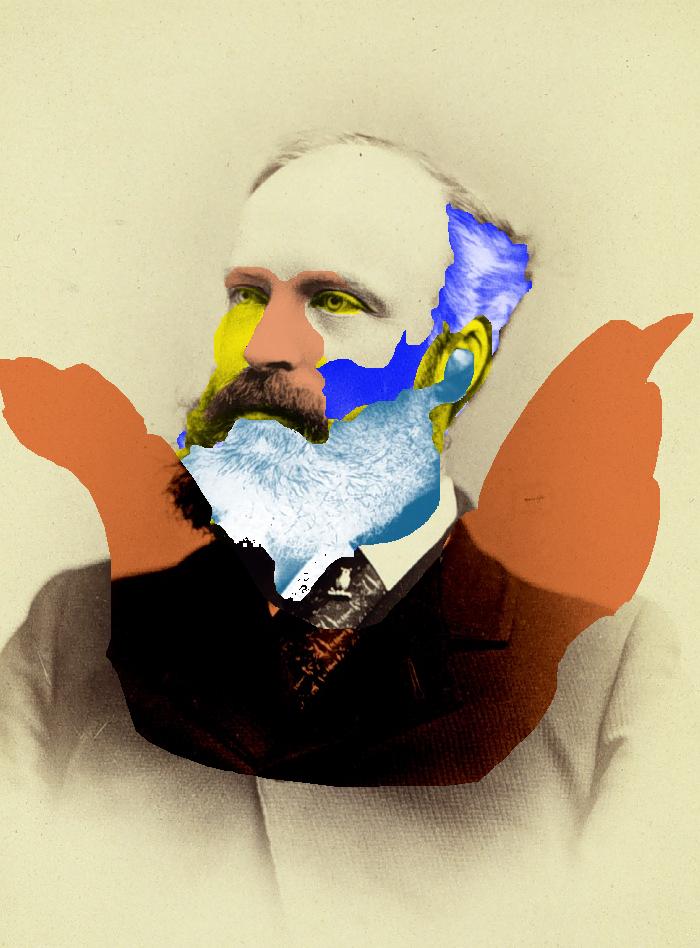 Coppola, Many Happy Returns and wishing you all the best on your Birthday, From Janey Godley 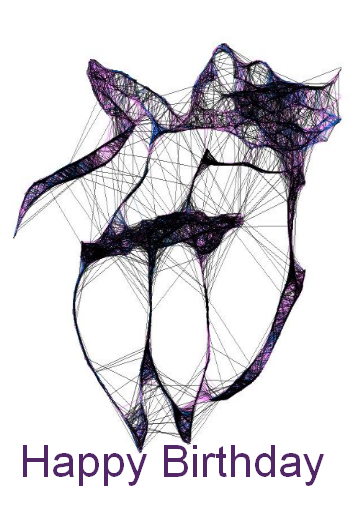 Janey_Godley said…
Coppola, Many Happy Returns and wishing you all the best on your Birthday, From Janey Godley