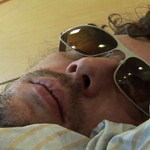 Marc Boumeester has not received any gifts yet

Give Marc Boumeester a Gift

Which of the following best describe you?
Professional Creative

What do you want people to know most about you?
After his studies he got involved in the process of film-making. Since the early nineties he worked for various major television- and filmproducing-companies and realized over 60 products, varying from commercials and comedies to drama-series and feature films. In recent years he developed himself on a more challenging level. Combining his affection for architecture with his knowledge of unstable media resulted in a number of (partly ongoing) experimental research projects involving groups of International master-students and researchers, situated in various countries around the globe.
Currently he is appointed as coordinator and lecturer at the Royal Academy of Art in The Hague, as developer/lecturer at the Delft School Of Design,part of the Delft University of Technology, department of architectural theory and as developer/lecturer at the department of Media-studies. This combination gives opportunity to further develop the newly found field of expertise, linking directly architecture and public space to the application of unstable media techniques in order to come to a better understanding and use of these forms of communication, also embedding them directly in the curriculum of the various educational institutions. Besides this he is working as free-lance consultant. His networks span from the obvious directly work related to the more glamorous such as the International Art Experts Forum at the ARCO in Madrid.

How did you hear about Brooklyn Art Project?
I didn't

Mastermundo and the art of nowness.

This year’s edition of Mastermundo had taken some elements of a flash mob, some elements of a school trip and some of a spiritual session. Seemingly unnoticeable the heterogeneous group of exactly 100 participants grew closer literally every mile of the journey, which is in itself not surprisingly. But why was its shape so important for the build-up of the day? After taking one look at the list of asked participants, one was already convinced this day would contribute immensely to ones self-development, so why go through the trouble of schlepping around this large group from city to city, from museum to train, city council, public- bars en squares? Or was this just another way of polishing up a dull conference by adding something strange? No, it was not. And this is why.

In the age of intertwining media, where the post-modern notion of cross-media is rapidly losing its validation and the discourse on “media 3.0” is beginning to consist of hollow phrases, the new content driven participant takes the lead in redefining the several media and communication-maps. Within the dying remains of the allocution based communication systems, the new participant freely floats in and out new forms of multilateral communication. The new participant is no longer going through the mental process of accepting the changes and opportunities given by the never ending waves of media revolution, like the vast majority of the current generation of communication professionals has had to do. The new participant has acquired the ability to accept not only the possibilities of “media 3.0 and on”, but has also the understanding that all related knowledge will become obsolete at any given moment. But the new participant is not worried by that at all. By having been brought up in and with these systems and primarily being driven by content, he has shifted his learning- and comfort-zone towards the unstable, as opposed to the stable like his predecessors had. Motion has become the standard, the hypothesis zero. Therefore all definitions of space and time are now being re-evaluated and redefined. It is no longer useful to look at the here and the there, it is no longer useful to look at the past and the future. Instead the new participant will constantly rename the here and the now. Finally it will become possible to dismiss the archaic notion of history being a set of events all resulting in the present. Instead the new participant will regard the now as being somewhere on the shape we call time, where every traveler has equal opportunity to make a difference. No longer is he trapped in a fixed grid of space-time, he has finally become a vectorist, purely existing of direction and energy.

And this is exactly what Mastermundo 2008 showed us. Traveling on the existing infra-structure, but not being part of it, constantly changing the sets of perspective given to us by the “participants who knew they could say something” (notice how I carefully avoid using the term speakers, that word dates from the ancient regime as we now know), fluently drawing its own speedlines along the way, constantly creating its own context. All this in combination with the absence of the twittertwatter one normally encounters on such occasions (no added flavours, colours or preservatives) , gave this day a very strong sensation of nowness. For this day we all became the new participant, for this day the answer to the question “Where are you?” would have been “I am now”.

Lola B said…
Interresting reflexion..!Thanks for my pics, I will come back
Take care, Lola

MaxineT said…
Much appreciated.. much, much more to come. weeding through 1000+ shots. Stay tuned!
MT

lynn jackson said…
thanks marc! nice to meet you

Reina -76- ARTIST said…
got any work for me to see! love your pic and glasses!