The BBC's What Would You Do With $100? (link at the bottom) reveals the average person's disturbing level of financial illiteracy. But in 2018, I nailed money saving, and my top 10 tips will be published later. 2019 though, is all about multiplying money. And this limited edition guide can help you too.

Limited, because the feature (bestseller) above likely won't be available for long. It certainly wasn't years ago when being a casual Wall Street investor meant that I left it to my financial advisor to know what assets, liabilities, and the principle of saving money, making money, and multiplying money, meant. Today, I'm a little wiser. And hyperlinked resources here (based on Over 500 Ways To Make Money FAST) are designed to help you avoid the mistakes of so many. Don't waste the opportunity.

Whether you're married with kids or single, broke freelancer or stay-at-home parent going through the motions, ignorantly bleeding money and binge watching TV, movies, streaming music, surfing the web, or wasting time on addiction to dumb celebrity or Reality TV drama and opinionated Vlogs that have nothing to do with Financial Literacy & Financial Security, there are smarter ways to rebound.

In this follow up to Why College is the Worst Way to Chase Success, Robert T. Kiyosaki teaches you the Financial Literacy most of us never learned in college. But before getting carried away though, just remember, fast money has short mileage. Unless it's managed like billionaires manage their money. Whether it's Cynthia Murray who worked at Walmart for 18 years and still makes under $15 an hour or Filipinos, Africans and black people enslaving themselves and endangering their long-term health in the name of good parenting, the point is the same. Smart parenting today—knowing the link between long-term success and stability of your children and actions you take, or fail to take right now—begins with getting your financial IQ as close to a millionaire's as possible. The two images above lead you to actionable #iTHiNKLabs Weekly insight, —for curious, sophisticated readers and successful folks. First:

There are college myths. Including law school myths. And having attended both, I'd strongly urge you, unless you want to be financially reckless, to read on, and KNOW and ACT on them early! If you're a low-income parent. Otherwise, you and/or your kids may suffer needlessly, unable to provide or receive dignified elderly care as financial problems mount and student loan debt worsen. After all: “Success is the great equalizer. It is the light at the end of the tunnel.” If you insist? 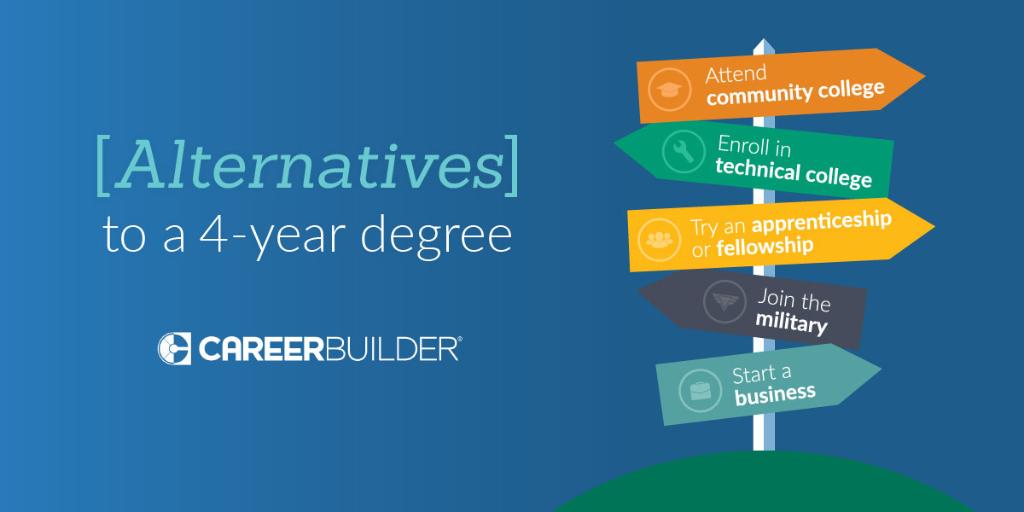 Grant Cardone (in Part 1) is 100% right about college being a “scam” and he's not the only one to notice. Apart from those in the video above, John D. Rockefeller (images hyperlinked), who frankly should be required reading in both minority homes and colleges globally, is also another. 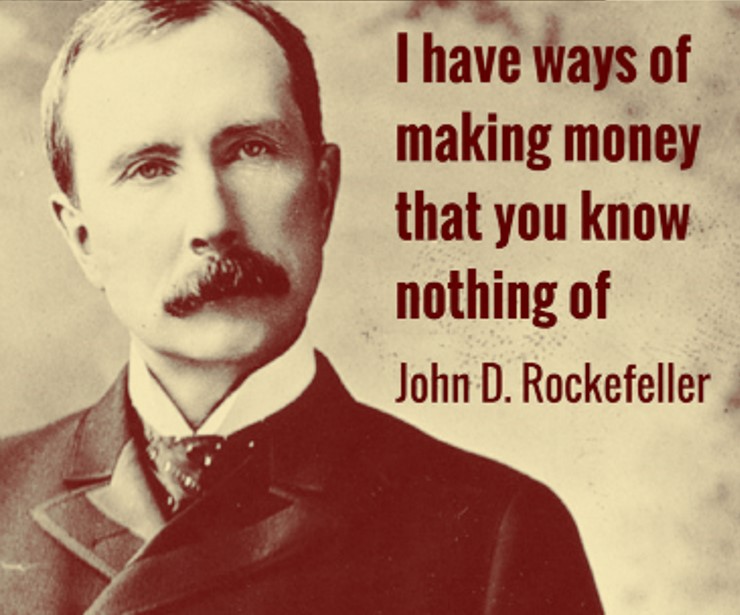 Moreover, what Mr. Cardone says about Kanye West's ineptitude in keeping the money he makes plus Wall Street or 401Ks being a scam, resonates. Plus, if in America in particular, low-income folks, millennials or the iGeneration graduated, or saw others like themselves graduate financially literate, steadily gainfully employed, and immune from the greedy whims of the 1%, would college be a scam and the waste of time it arguably is?

Higher Ed is useful ONLY IF you have affluent parents, guardians, source; you've done the Math, are sure that that degree is 100% financially paid for, and guarantees a job(s) well outside the range of job-killing robots. Can't think that far? See #7 below. But don't play with fire. If you're poor, Black, a minority, or you're from a low-income, perhaps even highly dysfunctional family background, the best education for you and your kids is How To Hack Education that sets you up for ethical success and greatness. That is, How To Be Your Own Best CEO. Not a student loan slave!

That, plus ANY financial intelligence help and/or financially literate mentorship you can get.

We live in a world in which we're told: “Education is the key to the future.” And yet it's often only 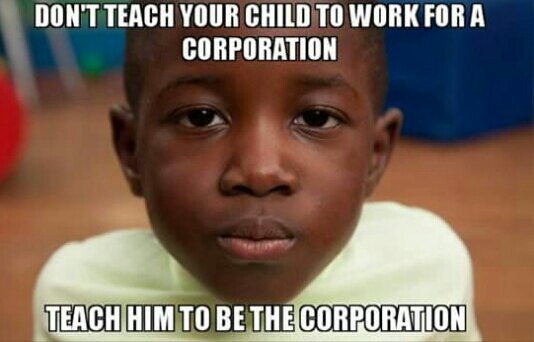 the ultra rich who seem to notice the disconnect between that quote and reality. Why?

The key to the future, for minorities who are poor is NOT education for its sake. That's after attaining some semblance of financial stability.

For the poor, the key to the future is surgical, tunnel vision strategic learning and growth aimed at setting oneself up for consistent excellence, —with the discipline and grit of a Navy SEAL. To hack, and with great agility, upgrade skills in heavy demand, working, networking, hustling, grinding, offering value, competing and simultaneously proving themselves even as they battle well-documented racial inequities, steadily positioning themselves to seize new opportunities. The goal being to unshackle themselves financially, as upstanding citizens. 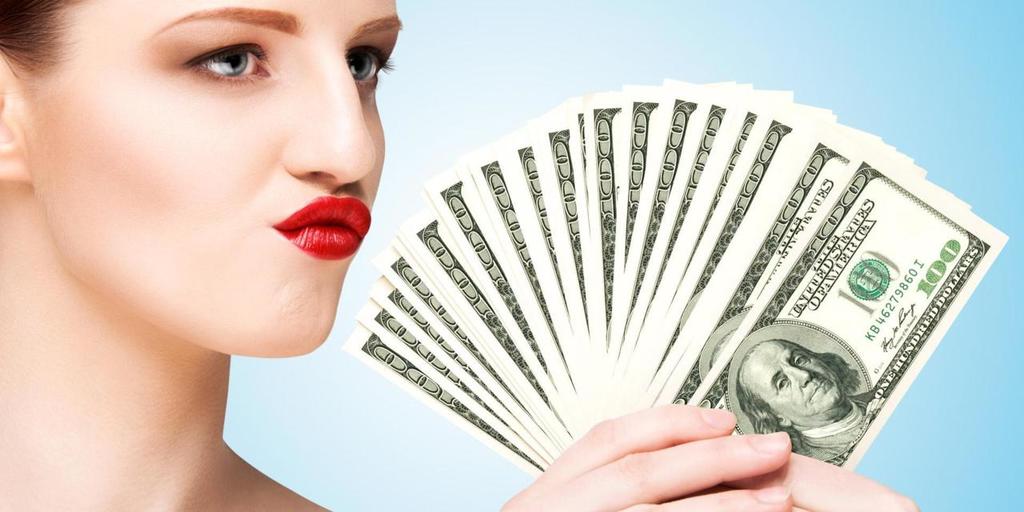 For poor minorities, going through education systems like sheep will never be the key to success. 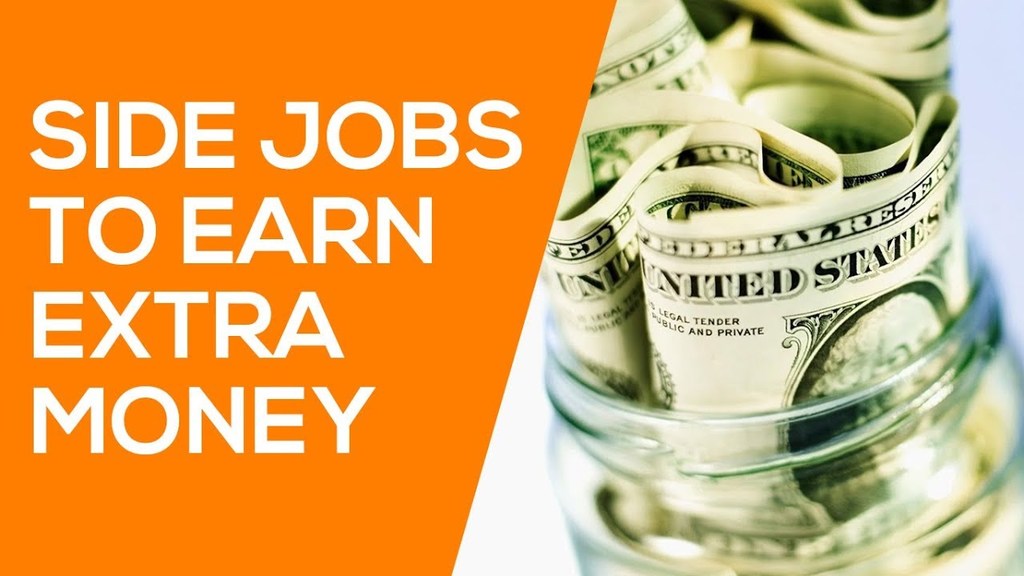 That is why Dr. Myles Munroe was right to say: “It is dangerous to learn the wrong thing well.” Learn about the Starve & Stack Money Strategy. Read The Bootstrapper's Bible; How to Raise Highly Employable Kids; 11 Reasons Most People Are Broke; Why You Should ALWAYS THiNK BiG; 3 Rules Highly Effective People Live By; or Raising a Black Kid: Insights for Single Mothers (Part 1). Links in Part 1. And remember: 95%-99% of what you claim makes you busy is precisely what makes you broke, because you're ruthlessly supposed to focus on ONLY ONE THING. Even better, do teach yourself: The latter educates, humbles and widens the perspective of ignorant but determined and open-minded low-income folks who don't understand that entrepreneurship is a smarter path than the college/student loan debt/online job board rat race. As they see what 8-year-olds and teenage entrepreneurs like Maya Penn and Caleb Maddix respectively, as well as other kid millionaires, are doing right and are inspired by their vision, career choices, world-changing obsessions and work ethic.

Ignorance is the biggest enemy of low-income folks, and most are obsessed with poor pursuits.

Remember what Grant Cardone says about the Middle Class and adopt it! Because it takes a mindset like his to leapfrog the mythical, ever-vulnerable Middle Class. And it's funny, wealthy, or upwardly mobile people will use this article to make even smarter, financially profitable moves.

Meanwhile, many responsible and irresponsible Black people in particular — from deadbeat dads to 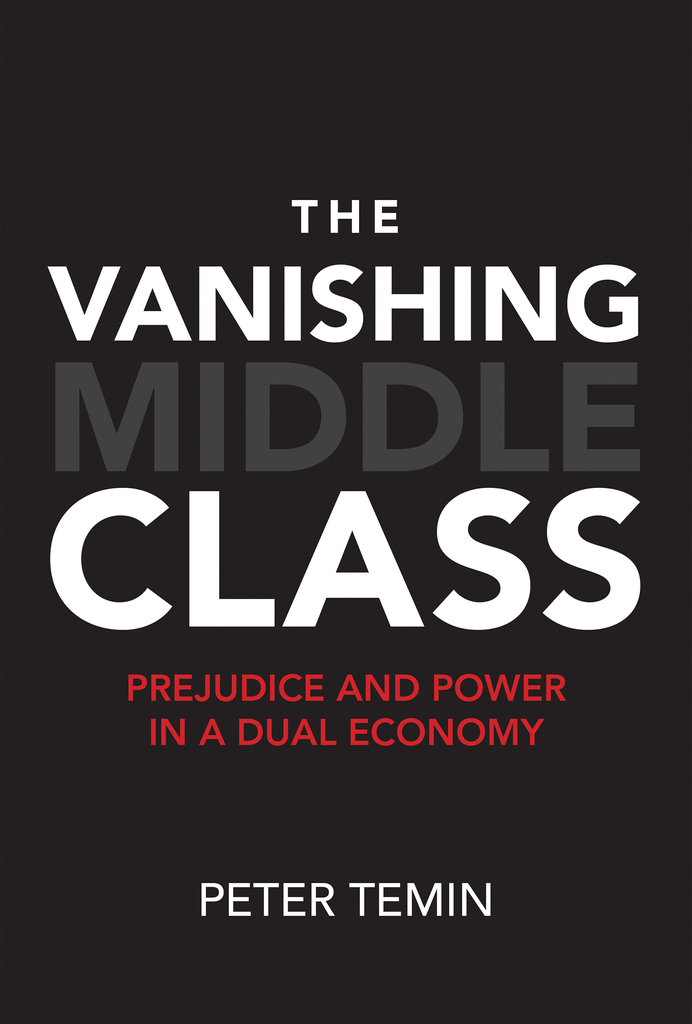 single mothers I've counseled or know — are stuck on stupid, rigid, enslaved by the same financial dependency (Loserville) mindset that assumes government or charities are the answer. And this is as true in Africa as it is in the Caribbean, Europe and America, which is lately fast becoming a failed State.

My rule of thumb is: Don't ever bring a child into this world if you're in no financial or moral position to provide good, smart, strategic parenting for that child.

Whether we're talking about roaming mobs attacking African students in India who had no business being there in the first place (because quality research would have warned them), to Black people at the wrong place at the wrong time getting killed with impunity by racist corrupt cops; be they are migrants risking their lives to get to Europe, Asia, North America, or low income disenfranchised Black people in the United States or Europe, there are smarter way to hack, and then sustain the success, respect and dignity eluding Black people globally. And it begins with strategic thinking and parenting. As well as a firm grasp of just how high the stakes are.

Social Media buffoonery of the type I see Black folks wasting time on, isn't the answer. Nor does it bring low income minorities the respect they crave. Privileged (White) people can afford it.

Those born poor can't afford to waste time doing the paper chase. And fail at it.

That's why they need to be strategic. Because escaping poverty takes at least 20 years (with nothing going wrong). Just ask renowned MIT economist and Professor Emeritus Peter Temin. Thankfully, we're Mike Tyson offers proof that: “Everyone has a plan until they get punched on the face.”

That's why determined, responsible, strategically oriented low-income minority parents would be wise upgrade their worldview and knowledge with Grant Cardone's insight above and mine, realizing that: 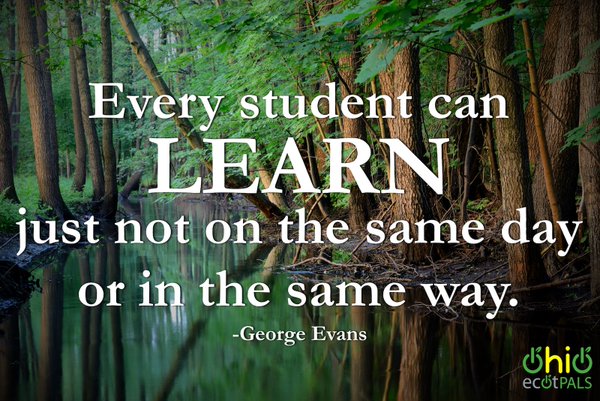 Not everyone belongs in college. In some cases even, high or junior school.

A boisterous Guangdong mentee of mine met me months before started college. And she instantly knew she didn't belong in college in her first week at her Jiangsu university campus. So much so that almost every week she'd call for guidance on telling her parents. Everything worked out. And last I heard, she was happily working as a Sales Rep. in Shanghai with dreams of soon starting a business. 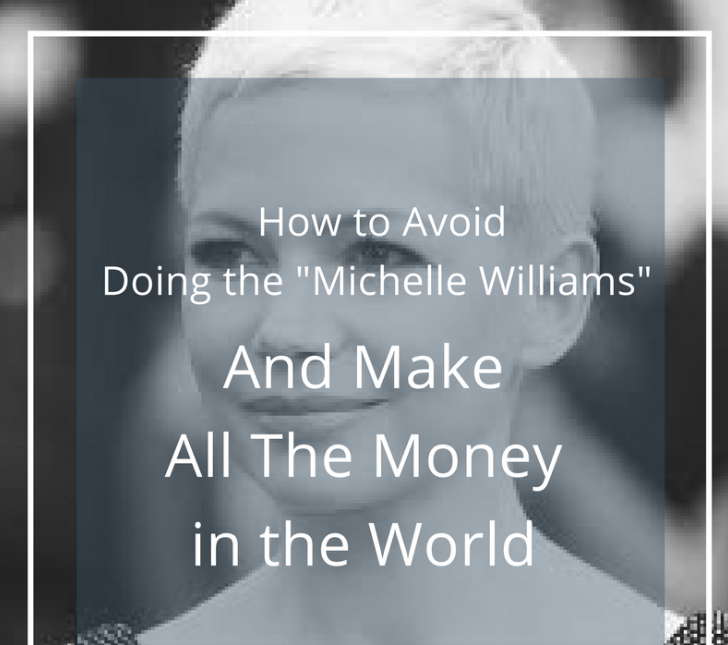 A college degree, Masters or PhD doesn't guarantee a good job offer anyway. It's all about the specific skills one brings to the table, who they know, who likes them, and deny it or not, the racial dynamics at play. As well as critically, as above, one's negotiation skills. From America and Europe to Myanmar's Rohingya minority. Knowing the keys to early career success, most pragmatic, cheap path to financial autonomy, jobs being eliminated or likely to be eliminated by robots/automation and their implications for your economy is what really matters.

Black People and Minorities in particular from low income families should pursue FTEE. Or careers in Finance, Tech, Electronics and Entrepreneurship. My variation on Professor Temin's FTE.

That means, those strategically forging ahead and shunning all that time-consuming drama, 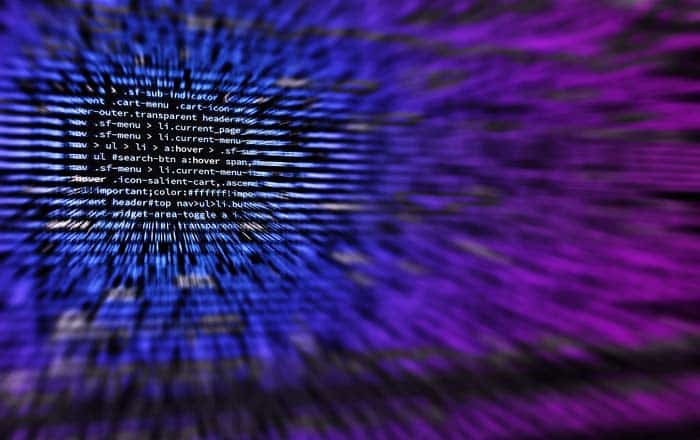 dysfunction and trashy Social Media and Reality TV content to stay well-informed as minority parents, prospective parents or simply young responsible minorities have strategic priorities. Like seeking out commensurate skills to compete for in-demand hard Tech skills. That's how you make college irrelevant. That's how you earn respect, dignity, and perhaps even an honorary doctorate, —as your contributions to humanity's betterment speaks louder for itself in a racist world that would otherwise have you believe all you're capable of is sports and being a suspect.

That's how you become a millionaire or billionaire like John D. Rockefeller, Henry Ford or Sir Richard Branson. Despite never even graduating high school. Skeptical? Then stay broke and mentally weak. 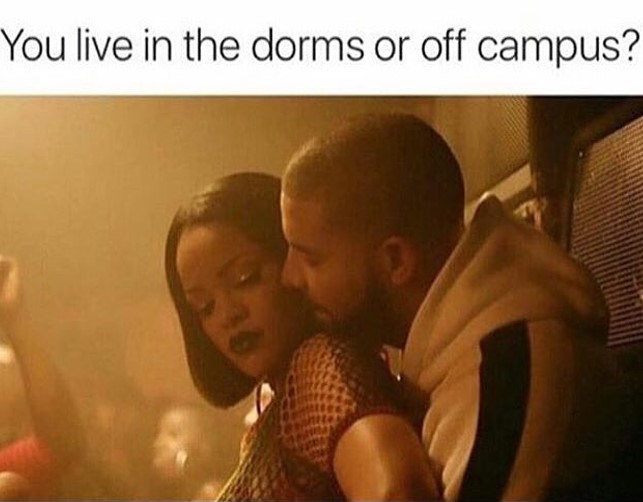 Because wasting time in college, smoking weed, partying, impregnating or getting pregnant, and then winding up on Social Media high, bitter, opinionated and trolling whatever the Kardashians, Kanye West, Tyga, successful artists, entrepreneurs or gainfully employed folks, is the stuff of Loserville.

People with no money have no business being part of the meritocracy scam that is college. You don't want to graduate dependent on the diversity hurdle with all its denialist politics, having been indoctrinated with consumerism in the oligarchy that is America and saddled with Student Loans! 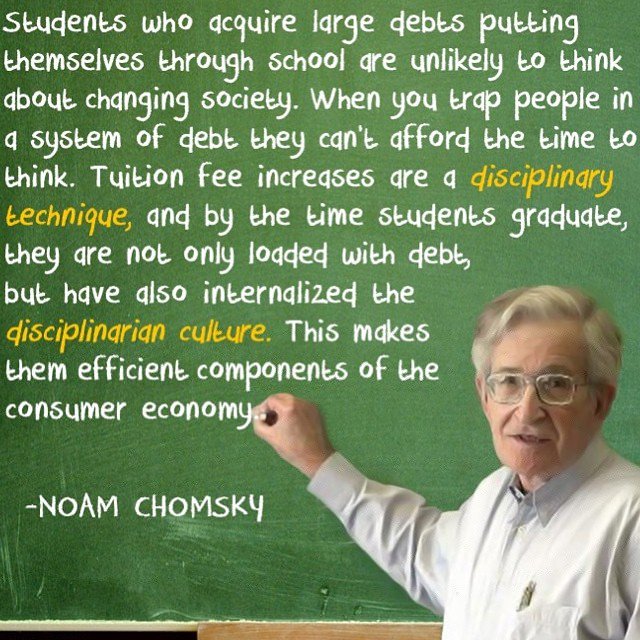 You want to graduate in maximum control of your employability. As a successful entrepreneur!

I don't know a single Chinese — not in, or from the Mainland where I lived for over a decade — who is saddled with Student Loans. Practically all Chinese, Indians or East Asians I know who aren't in education-related debt derive part of their financial stability from the fact that they are either entrepreneurs, in Tech, Finance or involved in some form of electronics ventures.

Black People overwhelmingly meanwhile — and the late Dr. Myles Munroe noticed and explored this observation with Malaysian colleagues — are the only ones still stuck on a “go to school, find a job, and work for the man”-then be an addicted consumer and spectator, hooked on make entrepreneurs even richer until they are broke mindset.

If you're poor, abandon and avoid the be-a-lawyer-doctor-engineer scam. Learn how to start a business, master why businesses fail — you're going need it — learn how successful entrepreneur founders think, and importantly, how to sell. Start with yourself. And teach your kids early.