The Powerful Life Skill of Asking

▼With Insight From Steve Jobs▼ Keys To A Healthy Ego: How To Elevate Perspective ⬆ Images Hyperlinked

This is not a blog about Steve Jobs. But he beautifully summarizes the ensuing argument:

There are a lot people in dire need of help, walking around, surfing the web, in many cases, sitting in an office or simply all alone in their heads, or with their mobile and other devices. People with good to great questions, great ideas, or seemingly, insurmountable problems who never engage, or think to escape, or embrace divergent views that can help them burst their filter bubble.

Many others — like two Twitter hashtags (#JoySMS and #CitiCBS) I monitored for year and a third Kenyan hashtag/'staple' of some of Africa's jobless, who view government help, corruption and/or handouts as their savior — are/were no different from recruiters who never 'zoom out' and truly engage. Recruiters who have convinced themselves the 'talent shortage' groupthink is indeed valid.

Still, others may never realize their aspirations or discover the value of their best ideas because they haven't learned, or mastered the value of communicating them. Of asking. Of fixing their mindsets so as to seek out and partner with the right people. And it's sad to watch valuable 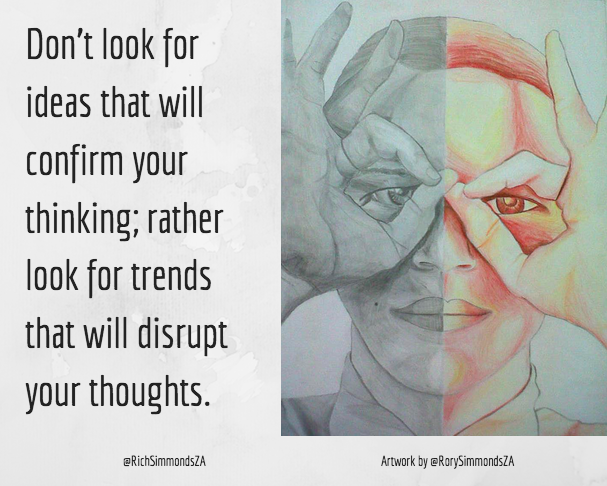 information (like the Steve Jobs own story above) thrown at them, only to go to waste.

To be fair, there ARE institutional and serious leadership problems, not just in Africa but elsewhere. But from the outside looking in, one almost feels helpless.

Because before worrying about what your government or country hasn't done for you, before worrying about goals, execution or achievement, one must evaluate, and FIX their OWN mindset and/or that of their team. Tuning in weekly to a radio station, TV show or web forum to complain makes other people richer. Not you.

Your job must be to master the art—the right way to approach people, talk to strangers. To practice reciprocity plus the important skill of not just asking for “handout” — which a true entrepreneur as above, substitutes with OPM (other people's money or resources) — but importantly, establish credibility through action and consistent follow-up.

All synergistic elements allowing one to turn new connections into strategic alliances. 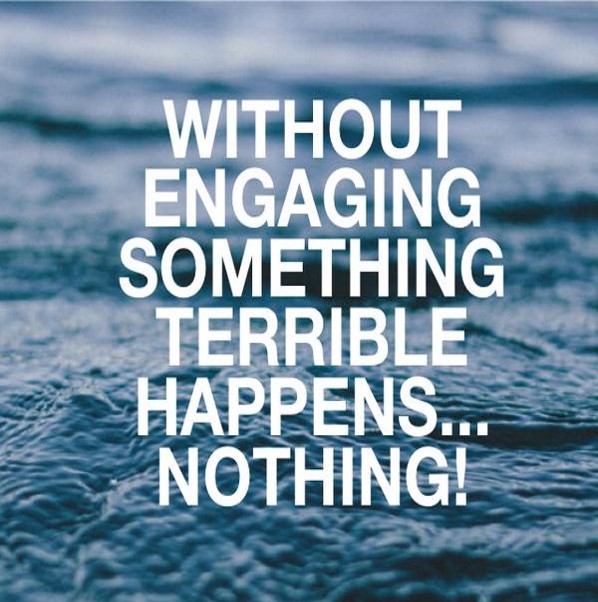 Communication is an essential survival and business skill. And that skill, simply put, is the ability to convey information effectively and efficiently with a view to solving problems.

This means preparedness as well as the maturity to to both engage as well as listen, like a truly evolved human being, leader, entrepreneur. Click or tap the image below (later) if interested in raising or developing your listening, conversational, as well as your emotional intelligence IQ. However, I believe the linchpin of great communication acumen include the following synergistic elements:

① Fear & Ego a Nonissue: Whether of being right, being wrong, exposing themselves to ridicule, etc. great communicators and great leaders alike, are not afraid to fail. They're more concerned with finding and intelligently seeking out the right people or team to answer their questions or solve jugular problems, a point expatiated on at #2 below. Explore my Fear Makes People Paralyzed, Stupid & Indecisive Series by beginning with two-time Academy Award® winner Denzel Washington.

My 21-year-old mentee and I spontaneously sat with three little Chinese girls two of them 11, and the other 10 at a KFC yesterday and had a blast. No pre-planning was required. I'd asked to stop there to get my large french fries fix (no salt) real quick. When we went upstairs, ordered, all the while joking around with the friendly staff, I proceeded to wash my hands. As I approached the bathroom area, I saw the three friends playing and screaming. And without thinking, I briefly mimicked their screams and stepped away. Everybody was laughing.

Minutes later as they got ready to leave, they casually joined us. And we conversed naturally despite their limited knowledge of English. On this wise Carlos Segura was absolutely right: “Communication that doesn’t take a chance doesn’t stand a chance”.

There're more people walking around with a chip on their shoulder and egos the size of an Olympic stadium harboring dangerous assumptions, spreading dangerous rumors and misconceptions of/about things and people they don't know or haven't taken time to understand. Sad sight to behold. Because it doesn't have to be that way. Socially and intellectually, they're unknowingly stuck in reverse. And you immediately know it when you observe their inability to branch out and try new or different things. Or simply, unlike the little Chinese girls, approach so-called strangers without cynicism. Such people are dug in. Stuck in the same place. With bad Communication Skills. Largely because of what some of us have repeatedly called stagnant, walled thinking. This by the way, is the exact opposite of a Growth Mindset. A Fixed Mindset feels threatened by new or unfamiliar things, people or the success of others. Because of this, it robs itself of the confidence and social currency required to approach (particularly) new or different people with an authentic disposition to learn, ask questions or even ask favors. So what does it do? It stays closed. Insular. Demanding conformity only to its kind. This, quintessentially, is the ideology of ego. It is empty and dis-eased. But unaware. Therefore, closed to great ideas. Just as the fallen Iraqi dictator came close to discovering during his interview with Diane Sawyer. This was a man (Saddam Hussein Abd al-Majid al-Tikriti) who'd never learned the value of curiosity. A man who surrounded himself with like-minded men. And ultimately paid dearly for that closed, Fixed Mindset. ② Great Communicators & Leaders Appreciate That Value Innovation Begins With Open-mindedness: Open-mindedness is the antidote of ideology which is no way to innovate. At the risk of getting mired in business jargon, “Value Innovation integrates different ideas from different sources, which work well together. It is an eclectic mix that is as original as innovation itself often is.” Attitude, respect and reciprocity are at the core of this element.

We also know that most innovation and success is scientifically attributable to Open-mindedness. Open-mindedness in turn facilitates great or big ideas, free flow of solution-centered communication (not egocentric careerism or survivalism), information and collaboration and inherently, a circle of positivity. The latter, provided you're choosing your circle of friends wisely, not only contributes to well-being, intelligent choices and real happiness but importantly, does more to build individual confidence. For such reasons alone, it is wise to understand the scientific effects of negativity.

Basic principle: Negativity is contagious. Which means the gullible are more unnecessarily intimidated and/or afraid even when there's no need to be so long as they lack the good judgment to avoid the wrong circle. What you learn from the late Steve Jobs' experience with HP co-founder Bill Hewlett is a young man intelligently choosing his role models and mentors. 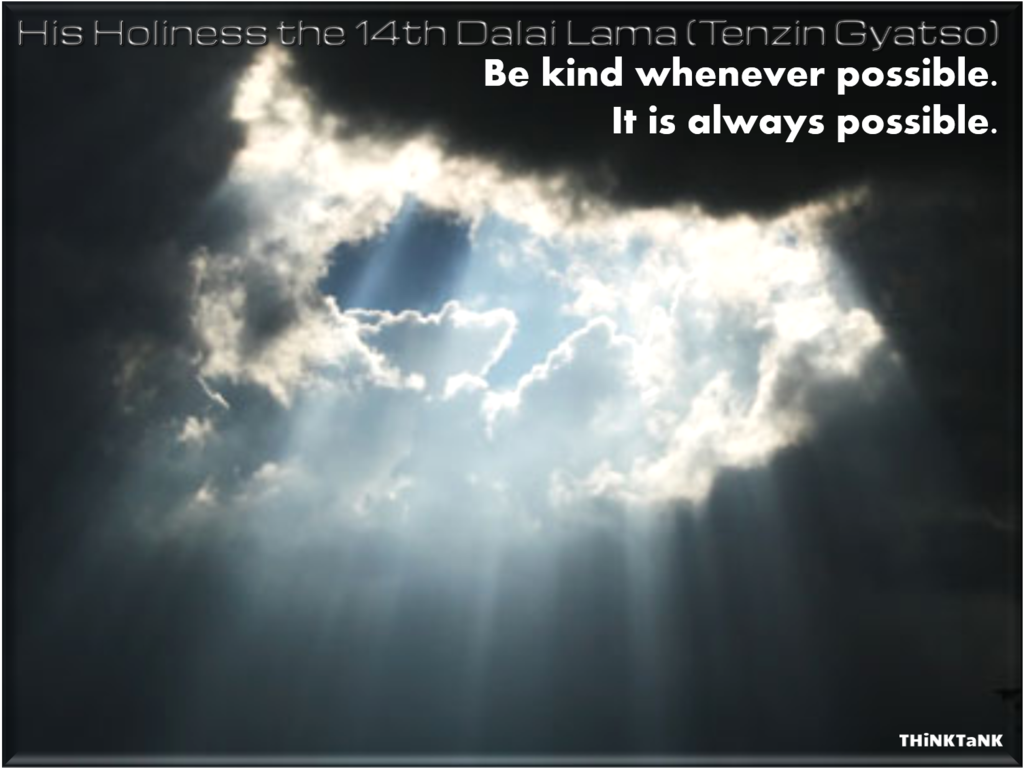 In American politics at the moment, the GOP's brand has earned itself the distinction of being the Party of “negativity” wherein a “culture of contempt” continues to rendered it “out of touch” with the rest of the country. Not my own words. Google it and see the Pew, Wall Street Journal and other surveys yourself. What does that have to do with the Skill of Asking? Simple: Democratic elections are about asking for votes. Not about being entitled to them. And asking and being treated favorably begins—at least in part—by treating people with respect and in a way that is measurable.

Ideology, being stubbornly uptight and stuck in one's own ways leads to a brain freeze of one's own making. That's what makes negativity stupid. The kids who spoke to us at the KFC yesterday had none of that. And as a result, we were collectively and individually enriched by our encounter. We were equals. Despite age differences. And that leads to the final element. 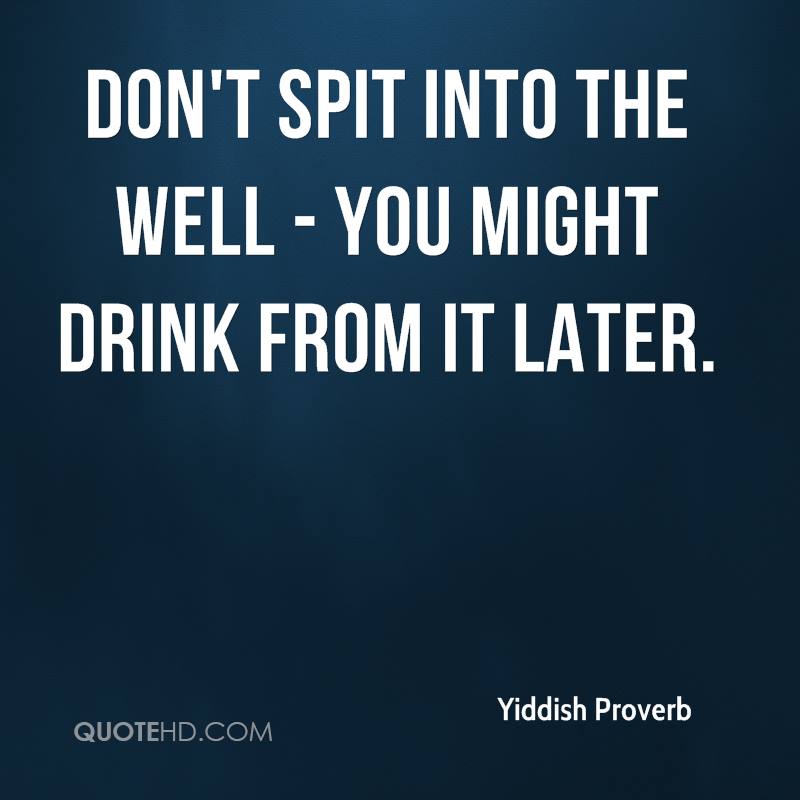 ③ The Importance of Beginning All Communication or Social Intercourse Positively: The above image is hyperlinked with highly relevant advice by poet laureate and mentor Dr. Maya Angelou.

There are a lot of people who choose to dig deep trenches of incivility and cynicism. But as Steve Jobs demonstrated (above) and great communicators know and repeatedly prove: Nobody is a stranger unless you force them to be. Unless you forcibly dehumanize or “otherize” them. Unless you erect your own wall of separation, and/or convince others to join (going back to #2).

Inevitably, there will be setbacks when you approach some people. Even nice people have to be approached at the right time. And certainly not in the wrong way because many have boundaries, hence the importance of understanding essential unwritten rules and accordingly, adapting. That's what the blog below masterfully I hope, addresses: The important thing is to just do the right thing to begin with, even if everybody else isn't. Even before actually getting to asking favors, questions, etc.

And when things fall apart or you're rejected (for good reason or not), your self-esteem will not take a serious hit. Nor would you be compelled to succumb to negativity, which we already established is stupid. If you have the forgoing synergistic elements in place, that's an invaluable building block. And no question or discussion will be too hard. Follow me here.