The Lies We Tell About Success

▼No Such Thing As 'Self-Made' Success (Part 2: Immigrants)▼ 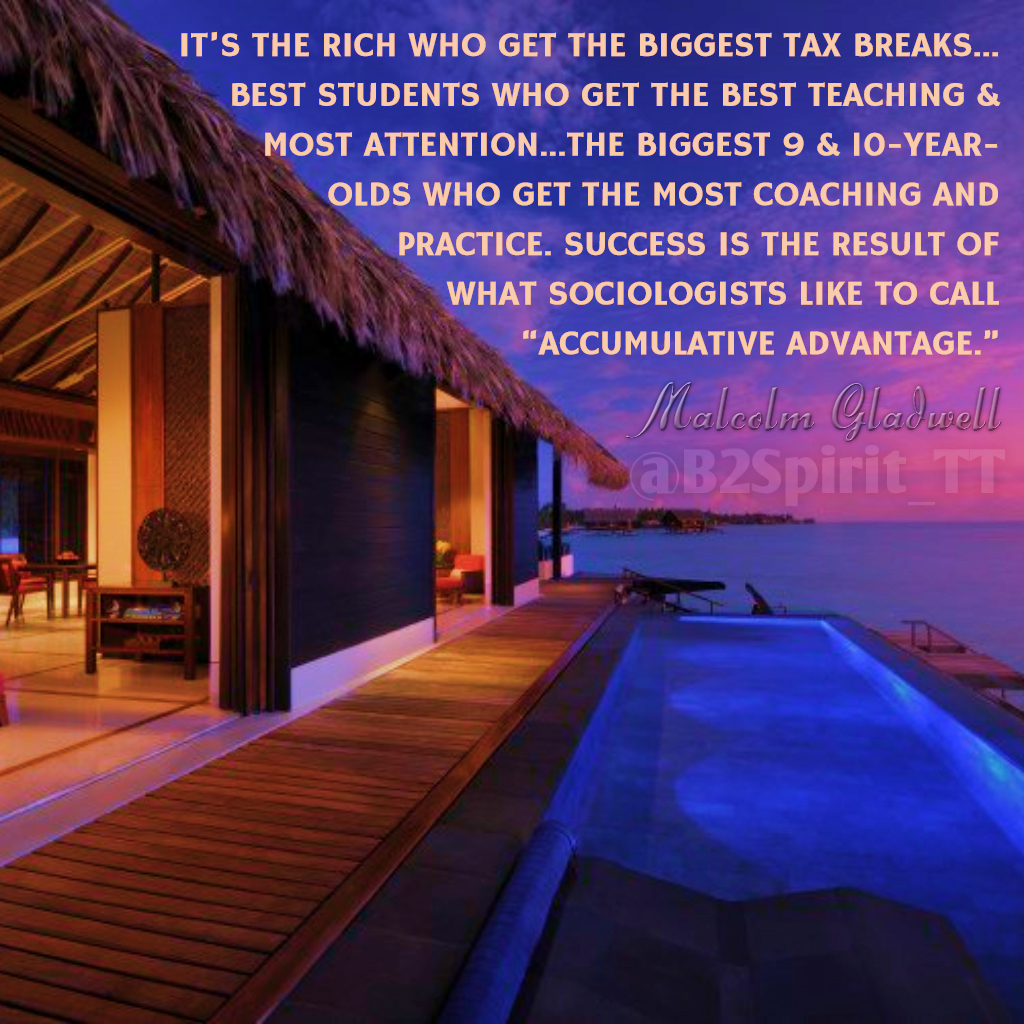 It's a pretty big deal to be a multimillionaire, and great to be a billionaire. But only Jeff Bezos,

and maybe his exclusive club of multi-billionaire friends, most of whom don't make $6 billion in

5 days, know how he must be feeling by now. Most people would say he's a “lucky man” except

like Steve Harvey, Malcolm Gladwell's argument in the currently playing bestseller that: “who

we are cannot be separated from where we're from” checks our assumptions, about success.

If 2017 was exhausting, unlucky, even surreal for you, take heart. You're not alone. A lot of

folks I've been talking to are secretly struggling. Powerless, and caught up in the chaos of

others' politics, geopolitics and business decisions, one CEO went underground until his

political and legal connections helped him. How many have such options? More than

luck, in a complicated world, the future doesn't belong to children, as we're told,

but to the disciplined, well-connected and relentless. Ask Greeks. Or, Chinese.

It is why arrogantly dismissing others' honest misfortunes is gross naïvety. Yet

immigrants as being from “shithole countries” —forgetting his grandad

Friedrich was banished from Germany—it pays to listen to Gladwell.

For here, we have, born into a family of privilege, a spoiled man,

who having grown up in a 23-room house, and driven to private

school by a family chauffeur, get about $14 million in breaks

from his dad Fred Trump, —whose own shady past is often

forgotten. But, whatever your aspirations as a migrant,

without perspective, is failure, in truth. I can't tell

how many times having lived in China for over a

my starry-eyed views of Chinese self-made

success. Not with Gladwellian precision,

but still, powerfully. Even if you wake

—confirm it matters where

you're from. And who is

being given a chance.

Greeks have left, in How To Set Yourself Up To Succeed (11)

this is part of an arrangement in progress of « Rosanna » by Toto. not quite all the way, but getting there. recorded in july 2018. ❤ thank you for your supp...
18 hours ago
0 Comments