▼And The Problem With Ideology-Based Leadership▼ One is either well-educated, or ignorant in a dangerous way. And while there's good ignorance (which characterizes well-educated people) and bad ignorance, there is also extreme — that is, dangerous — ignorance. Often based entirely on ideology. And ideologically-driven leadership is among the scariest forms of ignorance in action because it decimates and destabilizes people, businesses and nations.

It also idiotizes the weakest of those looking up to such leadership, often for survival.

For its worst manifestation, you study Adolf Hitler as well as Joseph Stalin. This is why Stanley C. Allyn is correct: “Leadership involves remembering past mistakes, an analysis of today's achievements, and a well-grounded imagination in visualizing the problem of the future.”

However, ideology-based leadership has existed throughout history, and unfortunately exists even in so-called “developed economies” today. America included. “In 1860, the North and South were divided by more than ideology, the issue of slavery. Northern and Southern elites viewed each other as stereotypes. Today, the divide between the Publicrats approaches the level that produced secession, the true cause of the war. The conflict between the sections concerned the extension of slavery into the territories: both sides were wrong. [Letter to Alexander H. Stephens] Slavery was not viable in the territories; it was doomed in the South. Ideology prevailed…civil war ensued. [American territories in 1860] If the war had ended in 1862 with the North victorious, slavery would have survived. The planter class succumbed to emotional logic. Fearful that their way of life would end because of Lincoln’s election, which meant slavery would not be extended into the territories, they agitated for secession. The slavocracy persuaded farmers and laborers that it would be in their self-interest to leave the Union because blacks would become socially equal to whites: racism. Abolitionists furnished emotional canister that was underlined by John Brown’s Raid on Harper’s Ferry. Republicans, however, assiduously attempted to assure Southerners they would not interfere with slavery in 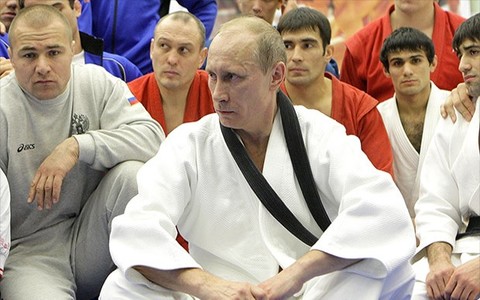 the South. The Fugitive Slave Law would not be repealed and the inter-state slave trade would not be interfered with. The Republican Party was more concerned with developing a national economy than ending slavery.”

And to this day, supremacists, like the supremacist mindset and ideology that ignores the fact that Ukraine is an independent sovereign nation much like Canada say, are unable to shake off the indoctrination that somebody, a people, are their property, and/or backyard. So much so that lacking the good judgment to appreciate that being nuclear-armed and stupid enough to deploy aren't one and the same, Vladimir Putin and his advisers were flagrantly bullying the EU, NATO and civilized world by Fall of 2014. Before the Russian Ruble came tumbling down.

Or simply, that the world has not only moved on, but grown much smarter. And that, as indicated in the discussion currently playing, is where Vladimir Putin's ideology-driven leadership values defects begin, for Ukraine, if she could, would rather be outshining Poland by now. And Russia, Mother Russia, had she a greater succession of ethical leaders, would be outdoing the U.S. by now. Without even trying.

Unfortunately, and Dr. Maya Angelou was right: “A leader sees greatness in others: He or she cannot be much of a leader if all she sees is herself.” Yet, Vladimir Putin sees it differently and even ideologically believes it's still 1985. And so in seeking to rebuild Russia in his own image like all bad leaders often attempt to, Anna Politkovskaya (since assassinated) says he has made Russia “a place where decency is punished, corruption rules and murder is simply a means of getting to and staying at the top.”

So what's an ideology?

An ideology is a set of of ideas or ideals typically, and often disproportionately influencing a person or group's economic or political theory, policy, understanding of current events, fears or actions. Because of this, you always know you're in the presence of an ideologue when you meet someone obsessed with a Cold War no one else is fighting; obsessed with a Proxy War aimed at defeating (take your pick) America vs. USSR/Novorossyia; Israel; inserting “ObamaCare” or Obama in a discussion having nothing to do with him; Democrats, Republicans, Liberals, Conservatives, LibDems, Labour, etc. spiel; Sunni/Shi'ite country preferential bias(es); think India/Pakistan/Kashmir. And online, some stranger ideologues never met but collectively feel threatened by.

I should know what I'm talking about because dinner in a Russian business partner's home a few months ago confirmed the selfsame ideological mindset, thanks to his parents, that Masha 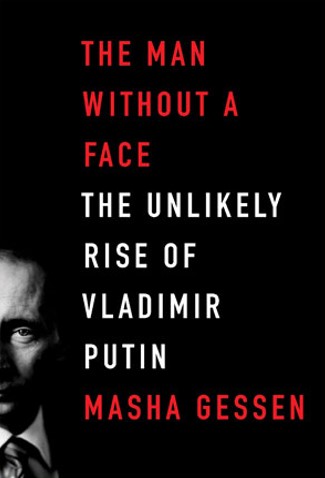 Gessen and one of the callers (in the feature NPR discussion playing) voiced. One that believes it is at war with America, likes to kick America's behind every chance it gets. And to the extent President Obama is currently America's top leader, enjoys any humiliation of him. And years ago in Lithuania, I witnessed the same thing when I had to correct (took me a while to convince) my then girlfriend that President George W. Bush hadn't just said on CNN America is God's gift to the world but instead: “Freedom is God's gift to the world.”

An ideologue is a two-dimensional thinker. As opposed to a multi-dimensionally driven synergistic player. And they are driven by obsessionally obstructionist views and calculations. Rather than a genuine desire to solve problems or contribute to stability.

Their threshold for tolerating inconvenient realities and (geopolitical) facts is so low that they discredit well-reputed and well-researched journalism, news organizations (think the Associated Press, the BBC, Reuters, New York Times, NPR, CNN, CBS, ABC, NBC) and news items. Hence the humorous Twitter #FoxNewsFacts and faux news. They create and shamelessly live in a silo aimed at attracting and catering to groupthink, conspiracy theory and gushing speculation. And when they site facts, its always from obscure, and often very extreme sources.

So how do they lead?

And this is why in order to understand why fellow Russian Masha Gessen is correct to refer to President Vladamir Putin as “not a well-educated man” one has to know what it means to be well-educated. And we've addressed that in a 3-part series.

“Ideology is a form of ignorance which delimits thinking. Ideologues place boundaries around their minds that precludes contemplating or allowing new ideas to enter a calculus.” That, in essence, is what makes Vladimir Putin a bad leader.

Ranked #136 on the 2014 CPi (Corruption Perceptions Index), Russia is a country with limitless intellectual and natural resources and yet one that for decades and particularly since the last century has been plagued by bad leadership. Its progress arrested by the self-interest of ideologues. Its economic problems, self-inflicted.

In 2014, capital flight from Russia peaked at $151.5 billion. ECB (European Central Bank) president Mario Draghi disputes official figures from Moscow saying capital outflow since Vladimir Putin's misadventures in Crimea and Ukraine generally (taking into account the tragic downing of Malaysian Flight MH17), as they say it, has been around $222 billion. Moreover, as oil prices drop, the Russian Ruble continues its free fall, the S&P drops Russian debt to junk status and its own former Finance Minister Alexei Kudrin forecasts a $90 billion to $100 billion capital outflow in 2015 and the Russians middle class brace themselves for hard times, the limits of ideology-driven leadership in a much more globally interconnected economy than Hitler's 20th-Century becomes evident. Meanwhile, to prove Anders Aslund right with regard to Russia overplaying its hand, even California's economy is larger than Russia & Italy's. And wisely, Italy isn't involved in military adventures in the name of nationalism.

T.S. Eliot rightly observed that “most of the trouble in this world is caused by people wanting to be important.” And to understand that in contemporary leadership terms you study Vladimir Putin because as Martin Luther King Jr. said: “We live in a world of guided missiles and misguided men.” So Putin may not care what became of Slobodan Milošević's nationalist ideology/leadership style. But we do.