The Battle for Dignity: From Philadelphia to Europe to China Insofar as it relates to Dr. Vivien Thomas' battle (played by Mos Def) for dignity,  everything

was, I believe said in Part 1 of 2. Part 2 of 2 is about my thought wrestles with divergent

yet stimulating issues related on poverty, absence and/or denial of opportunity and the

role of resilience more so than education, in turning disadvantaged people into well

accomplished individuals. In 2007, I began writing the unpublished book codenamed

dignitatis humanae, from which the title of this blog, “Battle for Human Dignity”

originates. Sometimes in life, we start off well. And with creative persistence,

one continues to excel. Yet John Lennon rightly observed that: “Life is what

happens to you while you're busy making other plans.” A great opportunity

for a story. About a year before starting college, I was befriended by the

humble son of a very wealthy man for whom I worked, quiet & shy Jim.

on his father's payroll. Basically, I cut trees & helped with construc

-tion projects on his hig estate, which included a long golf course,

gym, cottage & riverside cottage. Plus the longest driveway I'd

ever seen. I liked Jim. However, his arrogant & aloof siblings

made me question whether a rich &  nice Caucasian whose

father “took care” of his Stanford application & he didn't

fill any forms out himself, could understand the plight

of Black boy like me. However, I joined him when he

pulled up in his Mercedes-Benz, which was shipped

to California for him when we started college, to

invite me out. I navigated the New York Metro

to start mine in Philadelphia where the 30th

Street Station platform escalator was not

working & having hurled my heavy stuff

on the streets of Philadelphia till I

arrived on my new predominantly

too, as students arrived in

their expensive cars with Jim's education plans took him all the way to Wall Street. Mine, with several punches in the face, from Philadelphia and Europe to China (where I saw more indignity, ignorance, racism, discrimination, prejudice than anywhere else including psychopathic expats), has forced me, sometimes serendipitously, to embrace the uncomfortable but powerful lesson and challenge Schuller (above) presents. And that, is character.

I'm from the Bronx.

More than that narrative, like Raven Simone, forced categorizations are ignored.

But try telling that to someone feeling trapped (and armed) in the South Bronx, Washington Heights, North Philly, or Compton just to name a few. And if you live to tell your story, I promise you, just as it happened to me, even variations of the question: “How are you?” will be uttered with greater caution and situational awareness. If for no better reason than that you can't just walk up to a stranger with the presumption, however slight or well-intended, that you have a better solution, especially when you don't feed or clothe them. That said, some of these areas have seen dramatic decrease in crime. And at least in my case, my adopted home is Philly (i.e., Philadelphia).

And yet the genius of Schuller's remark is that much like Einstein who said, “if at first an idea doesn't sound absurd, then there is no hope for it”, you find yourself nodding, or and 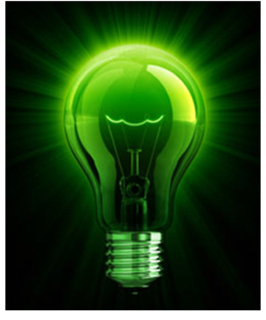 leaning forward as your thought wrestles with the endless possibilities that statement conjures up.

Let me be clear: I'm not talking about rich quiet Jim above who by the way, had lost his ability to connect with poor(er) folks by the time he graduated Stanford. I know this before I talked to him and saw the great shift.

I'm not talking about those privileged bratty netizens who utter phrases like “if you don't like a place, move!” which is just as bad, thoughtless, aloof, and fallacious as that Go Back To Your Country nonsense I debunked over two years ago. Or even, if I may digress momentarily, the “We're living in a post-racial America because we elected Barack Obama. Move on!” diatribe. No. I'm not.

Still, like Hemingway's further below, I embrace Schuller's challenge because it forces the individual to elevate his or her game. So that rather than being a victim as discussed in Part 1 of 2 à la Dr. Vivien Thomas (above) — or even the author, who unlike any other country he ever lived in, has had to contend with a concerted, virtual, consistent, advanced and multi-thronged 360° effort to repress, oppress, downpress, subvert, sabotage and keep shackled in a cage of retrogression whether through professional jealousy borne out of individual insecurities and/or stifled and technologically choregraphed deceit — the struggle to continue being of value by rising higher in service to, and for a better world, must continue.

When advocate, author, commentator and PBS Host Tavis Smiley tweeted: “Poverty is a character flaw. FALSE! Poverty is a lack of money. Period”, it was favorited by 35 people retweeted 147 times. And anyone who isn't aloof or won't roll their eyes upon hearing Princeton Professor Cornel West and Mr. Smiley are collaborating in a war (or if you like, Poverty Tour) against Poverty in America & Denial of Opportunity in America, understand why.

I commend all that, and I'm engaged in that fight as well, right here in China.

Nevertheless, I'll give the last word on my Breakthrough Ideas for July 2012 to Ernest Hemingway, because it was that kind of growth mindset that led me to build a successful career in Philadelphia and Delaware Valley before going on, despite assaults on my dignity in Europe, to conquer Europe, figuratively speaking. I believe that's what the times call for. Whoever you are, whatever your circumstances or difficulties. That's what Dr. Vivien Thomas did, with a great woman standing by his side. And I wish you well.