The flight over was fabulous as we got four seats to ourselves and managed a bit of a sleep. Ashley was super excited as she had big plans for our arrival in Singapore, what she wasn’t expecting was the furious heat that melted her face as she got out of the airport. Oh by the way in the airport as I collected my bag, I slipped on some vodka from a broken duty free bag (not mine I don’t buy booze anywhere) and almost did the splits in my flip flops. Ashley turned round and there I was legs akimbo holding onto a trolley. I survived.

Just so you know whilst am writing this blog in the hotel lounge of the Ibis- there is a musical combo making me sad. She is ‘quirky’ (which you know I hate, nobody should wear fat Mary Jane shoes over the age of ten) and he is a bad guitarist who is prone to sticking out his tongue in a ‘look at me being cheeky’ when in fact he is really bad on the strings and she sounds like a owl being sexually assaulted in a sack whilst being battered off a wall.

Anyway on landing in Singapore Ashley decided after we checked into the tiny room of the Ibis which was like a caravan with ingenious ways of using the space to take two beds. Ashley decided we would head down to Sentosa Island and hit the Universal Studios (oh shit the singer is attempting a big ballad, business men are throwing her dirty looks and the tongue sticker is laughing) anyway I digress....we went to Universal Studios and it was 9am.

The sun turned us both into wet flabby sticky people, but Ashley was super excited and ran immediately to the Battle Star Gallactica roller coaster which isn’t actually opened yet but they were ‘testing’ it and Ashley being a super freak didn’t mind risking her life for something sci fi and fast. I didn’t go on; I stood in the shade with other people who were melting. She LOVED Universal Studios and ran about sweating and sitting on fast rides.

She convinced me to come on a ride with her so we walked to the area where you put your bags in an electronic locker system. As Ashley was entering her pin number on the self service machine a wee Asian guy in a bright green tee shirt behind her said “press enter” and Ashley snapped her head round and said “ok, so you watched us put in the pin? Right so we will change it, stand back and don’t look over my shoulder” now you have to picture this scene she is at least a foot taller than everyone and has hips and a big giant head, albeit sweaty and full of bushy hair despite getting a haircut last week. I stood quietly watching the wee guy trying to look mock affronted at her obvious accusation. The locker area was rammed full of people.

So we finally got locker F34 and deposited my bag which had our credit cards and cash in. We walked to a queue for a ride then both looked at each other and decided “we don’t like the locker bag thing we are going back to get our bag”. So as we entered the locker area THAT wee green tee shirt guy was stood there with a staff member who was dressed like an ‘explorer’ (don’t ask its Universal Studios) anyway she was over riding the computer and I stood beside her and right beside my locker door F34. I watched her enter F34 on the computer and my door opened and I reached in and grabbed my bag, “Why are you opening my locker?” I asked her and she was startled at this. Mr Green tee Shirt looked anxious. Ashley barged over and shouted “Why did you open our locker?”

The assistant was now confused as she had us claim our bag without any ID and it made me worry, what if we hadn’t walked over at that very precise moment? Would she have held our bag to that wee green tee shirt man? So am now demanding why she opened our locker and then I started on green tee shirt boy “What the fuck are you playing at? You looked over our shoulder, then you asked her to open our locker” the assistant was a very confused explorer.

(The singing combo in the hotel lounge are now screeching Torn, which I wish they were)

So green tee shirt man gets all flustered and says “I asked her to open F24, MY LOCKER” and the explorer said “you said F34” she was now exhausted with her exploring job at Universal Studios and at no point in her training was she told to expect Ashley in a big Scottish accent demanding an explanation and threatening to punch near her beloved lockers.

Green tee shirt man tried to explain about his locker and how he wanted to get his stuff out but the computer wouldn’t work and me and Ashley shouted big Scottish obscenities at him, I thought I was going to snap him, but I managed to stop myself.

So me and Ashley just walked off with our bag, and to be honest the explorer never challenged us we could have been in cahoots with Green Tee shirt man and working a bag stealing scam. To cut a long angry story short we went to the admin of Universal studios and demanded an explanation made a big long winded complaint about their stupid locker system and got free passes and express passes for our return visit when we come back from Adelaide.

There we have it, so we caught the trolley bus to Palawana beach which is the southernmost point on Asia and has an old gun battlement and a very busy shipping lane on the horizon. It was stunningly beautiful.

Ashley and I explored central Singapore and discovered that despite overwhelming evidence pedicure shops are not in abundance and the ones you do find don’t open till 1pm. We have decided that manicurists are lazy and don’t like work. We did come across at least 39 shops in three blocks that sell Buddhist icons, imagine if you will the amount of ‘Oh Holy Mary Mother of God’ statue shops near Lourdes and then treble that and you have idea of how many shops sell statues of Buddha in Singapore. Then they have fortune shops that tell you fi you and your husband/partner are compatible and if not they sell you trinkets to make you both happy or you can get moles removed to help you stay faithful or spells cast or uncast, the sheer amount of auspicious and suspicious stuff made me giggle. Which is probably racist of me not respecting their culture but seriously if they have a cure for everything, then why can’t they cure gambling or superstition?

A man walked over to us and begged cash, I said no but everyone near us handed him cash. Ashley said “what if he is a bad luck man who can cast spells if you don’t give him cash?”

“Well he is homeless and begging, how much fucking luck has he got and if he is the destiny giver then he is totally screwed isn’t he?” I replied. 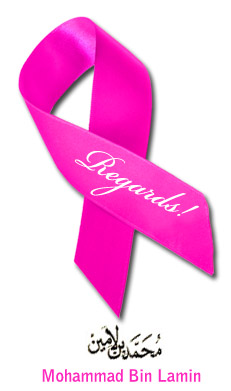