Who cares about air conditioning when holding on to Dearly Elusive Mojo,  Gaining

Traction and failing, yet continuing to tweak until you get it right, is the right way

to succeed! After all “a failure”, Christian Bovee correctly reminds us, “establishes

only this: That our determination to succeed was not strong enough.” Amazon

require the willingness to be misunderstood for long periods of time”.  I

haven't seen my Russian friend for about two weeks now. But we are,

as Brené Brown would put it (jokingly to her TEDTalk audience),

members of “the failure conference”. Proud of hard, meaningful

laborious work. Marred although not scarred, by rejection,

ridicule and criticism—in the spirit of the 3 Core Values

of the United Nations. We sign up, never determined

for the easy part, but precisely its opposite. Last

security  guards thought we're up to no

good forcing him to park outside. We

brainstormed from 3PM till 1AM.

From 1 apartment to Walmart,

to IKEA to eat & back it was

say NO just as the 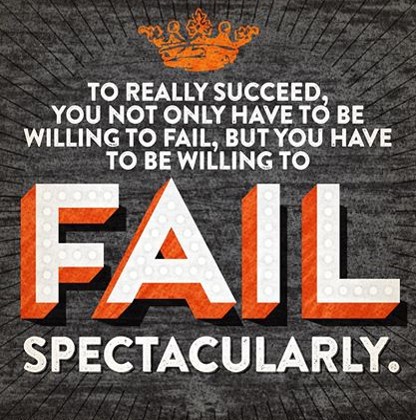