It is our choices that show what we truly are, far more than our abilities. I cannot criticise my

parents for hoping that I would never experience poverty.  They had been poor themselves,

and I have since been poor, and I quite agree...it is not an ennobling experience.  Poverty

& hardships. Climbing out of poverty by your own efforts,  that is indeed something

on which to pride yourself ... Wit beyond measure is a man's greatest treasure...

but poverty itself  is romanticised only by fools.  It matters not what someone

is born, but what they grow to be ... What I feared most for myself at your

age was not poverty, but failure. There's an expiry date on blaming your

parents for steering you in the wrong direction; the moment you are

old enough to take the wheel, responsibility lies with you. Life is

difficult, and complicated, and beyond anyone’s total control,

and the humility to know that ... enable you to survive its

vicissitudes. I ... failed on an epic scale...exceptionally

short-lived marriage...imploded, & I was jobless, a

failure meant a stripping away of the inessen

to direct all my energy into finishing

the ONLY work that MATTERED to

test fear had been realised

and I was still alive...so

tion on which I 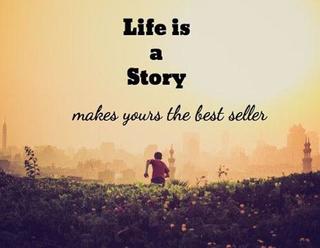