FBI tipster warned. And like a biblical 40 days later story, Nikolas Cruz struck as the FBI, distracted and under siege by an exhausting, fake and treasonous President, admitted to botching the tip.

Like the tipster, I foresee threats, and warn. And that's problem sensitivity, in a nutshell.

You name a tragedy or crisis that gripped a nation, and I almost guarantee you there's a blog for it. Or somewhere perhaps, proprietary publication or warning with my name on, or meeting about it. Like a voice crying in the wilderness, it's a lonely sport. But that's my calling. Now let's talk solutions. 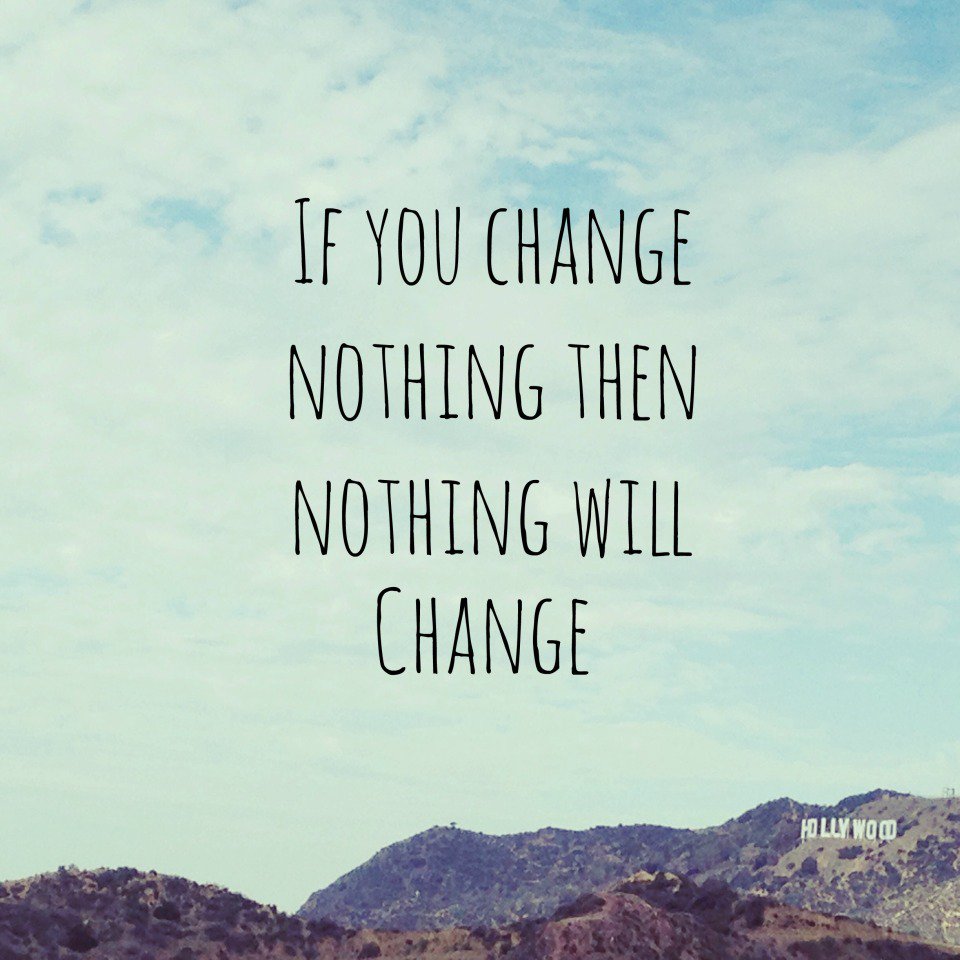 Smart, focused and well-governed nations attack problems at the source. The United States, with its social media addicted, politically distracted and apathetic voters currently lacks such competence and discipline. Worse, dogmatic, partisan, and anarchic leadership has been normalized by the GOP.

Lost in American journalism and coverage of mass shootings like Parkland is the fact that America lacks decisive leadership on gun violence, which in polarizing Americans, has the long-term strategic effect of also weakening national security. America has been the most dangerously distracted “developed” nation I've studied. Effectively stuck on stupid, because of big guns and big egos. And whether you're studying the original 1993 World Trade Center terrorist attack, September 11, or mass shootings and lack of political action, you start seeing a pattern.

For years, it got away with it. Except in the age of jingoism-driven Cyber Warfare and the rise of China, Russia, North Korea, America's luck has run out. When you sit abroad as I do, and watch the foolishness and hashtags glorifying gun ownership and gun violence while the media wakes up to ratings-driven conversation about gun violence, you don't get the sense that this is a nation that understands that it really is under attack. Which is why I'm about to make you uncomfortable. Unlike Sam Zeif in the feature video above, I have little to no respect for the 2nd Amendment.

It's a time-waster, and directly responsible for American domestic terrorism. Past, present and future.

The way I see it, these United States will — FINALLY — be great ONLY WHEN all that empty gun control talk cedes to the grown-up Australian solution Zeif cites (above). Many of the student activists have amassed huge Social Media following since the massacre despite the likes of Cameron Kasky proudly declaring ownership of “lots of guns” on Bill Maher's show. And yet huge Social Media following hasn't managed to save lives and stop America's perennial gun terrorism problem. Has it?

I call it a time-waster because even less developed nations don't have time to wake up to heated gun rights debates, let alone career-defining legislative and media showdowns. Typically: Right? Not so in America because one Party in particular has hijacked the diagnosis. Which is why until Americans stop tiptoeing around the 2nd Amendment there WILL BE MORE m mass shootings.

The more evolved and efficient a society is, the quicker it accurately diagnoses its problems, address them and move to focus on more important challenges.

That's the story of China, where I lived long enough — over a decade — to marvel how people wake up to issues of business success and career survival rather than concerns about gun violence. Meanwhile in Australia, where 57,000 guns were just turned in as part of its successful national gun amnesty program, set up after the nation's worse mass shooting incident, over two decades ago. The U.S.? 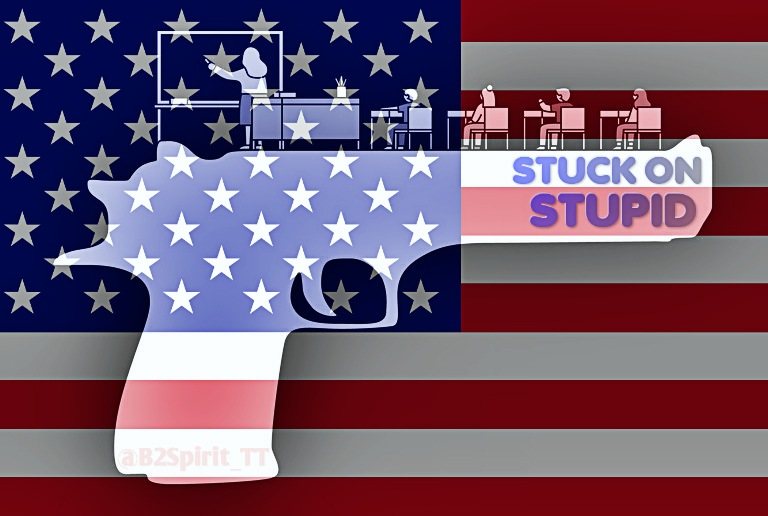 Not so in the U.S. where from the outside alone, the entire debate clearly is stuck on stupid.

I choose to approach it from this angle because lost in the U.S. coverage critically, is how a superpower that lacks political decisiveness, national unity, discipline, collective strategic acumen and efficiency plus institutions devoted to maintaining social stability as seen in developed economies like Switzerland right down to fast-developing ones like China — is only writing its own obituary.

For one thing, no one calls you “liberal” in police states like China for realizing how utterly self-destructive, socializing destabilizing and therefore silly it is have an otherwise functioning society awash with guns. And not just hand guns, but military grade guns. All in the name of freedom?

Further, the 2nd Amendment is, politically, catastrophically polarizing. And nobody reminds Americans of the national security costs of being blown around by one shooting incident or  debate to another.

Indeed those of us who don't even have time to eat, or like friends around the world with pressing priorities and responsibilities, one wonders how one even makes the time to go online and vociferously defend a piece of legislation other nations only use to highlight American stupidity. 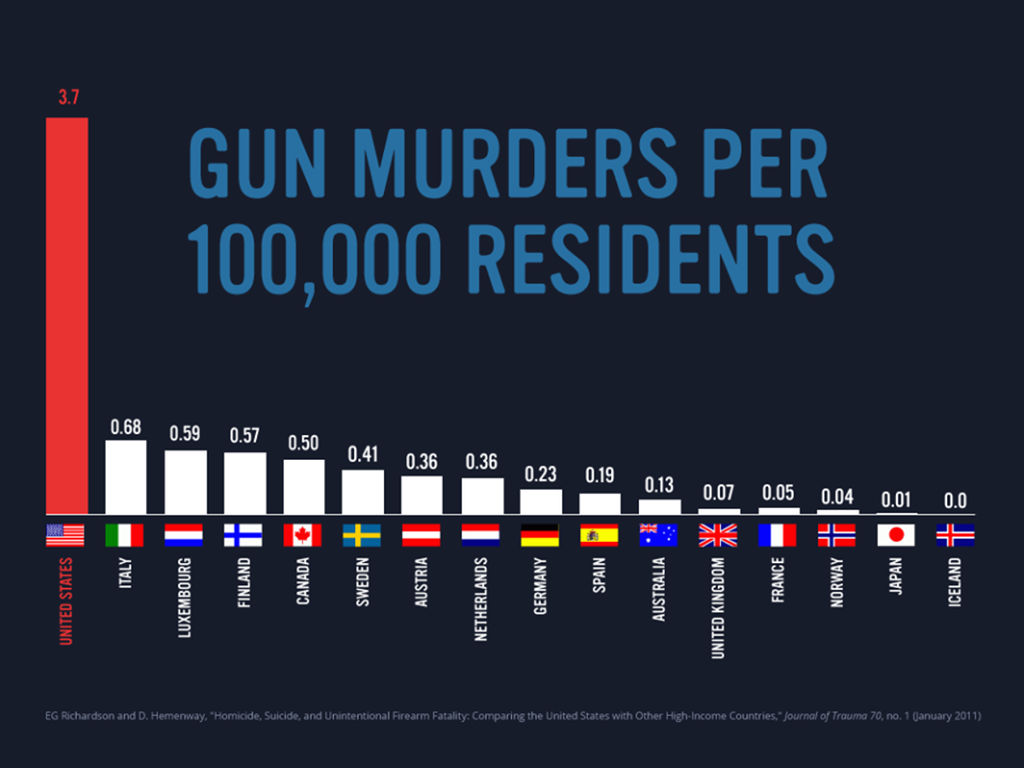 It is unbecoming of a truly developed nation. And the fact popular NRA advocate Dana Loesch was clearly out of her depth when asked by Stoneman Douglas High School teacher Diane Wolk-Rogers to define “a well-regulated militia” is proof (video here). Then again, who cares what I think. Click the image above to learn more. But rooted in the preservation of slavery in America, the 2nd Amendment is as outdated as the U.S. Constitution itself. And only exists at the pleasure of insecure, ignorant though well-organized Americans duped by the notion of guns as rights or recreational tools.

Painful to hear but 2nd Amendment defenders stuck on stupid should get a passport and travel OFTEN. I've lived in countries where people don't have time for civilian guns as rights. In China, they understand life is short. They have priorities. They're disciplined. Pragmatic, as everybody knows. They hate distraction and sideshows. You don't hear dopey labels like liberal. If it's dumb it's dumb. And weapons that kill, maim and impoverish have no place in their functioning “stable” society. All a sensible and conscientious person needs to is look at the convicted felons it attracts, what it defends; how much domestic security it seeks to legally block. Not just in schools. How is it not a terrorist organization like Boko Haram, ISIS, the Taliban, Al Qaeda, Al-Shabaab and all the rest?

NRA defenders might as well join ISIS. Let's see how it works out for them.

Is it any wonder like most terrorist mass shooters, its fiercest advocates are often linked to white supremacists and the fringe far-right? Same ones telling you the 2nd Amendment is untouchable. 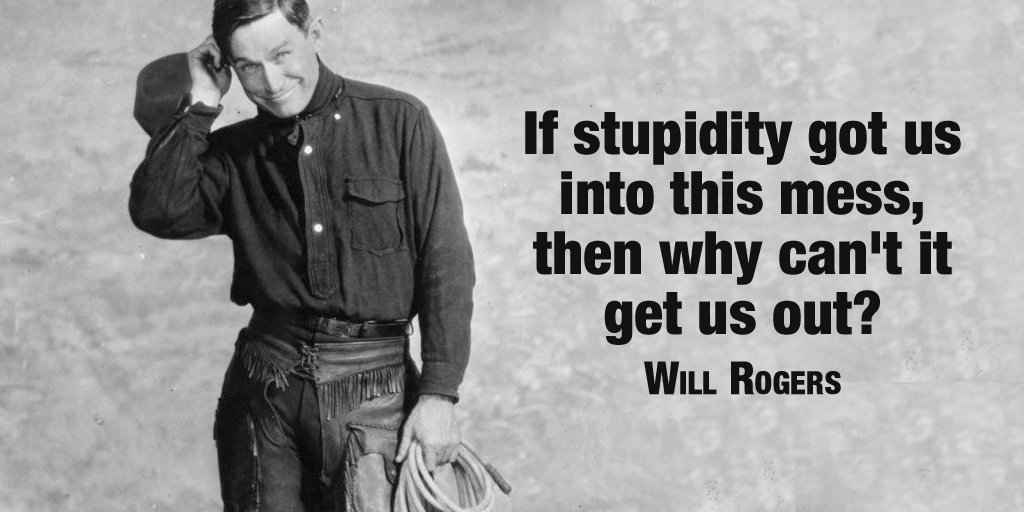 There's ONLY ONE Gun Control. And it is the SENSE to rescind the 2nd Amendment immediately.

That, or accept gun terrorism as an American way of life. Just don't call yourself a “great” or “developed” nation because lost in all the insular coverage is the fact that South Africa and Zimbabwe just constitutionally axed two corrupt leaders. And for better or worse, China’s Communist Party is about to change the constitution to rid it of term limits so as to allow President Xi Jinping to serve indefinitely.

That's just 3 countries, in the last six months alone. So don't tell me about lack of political will. 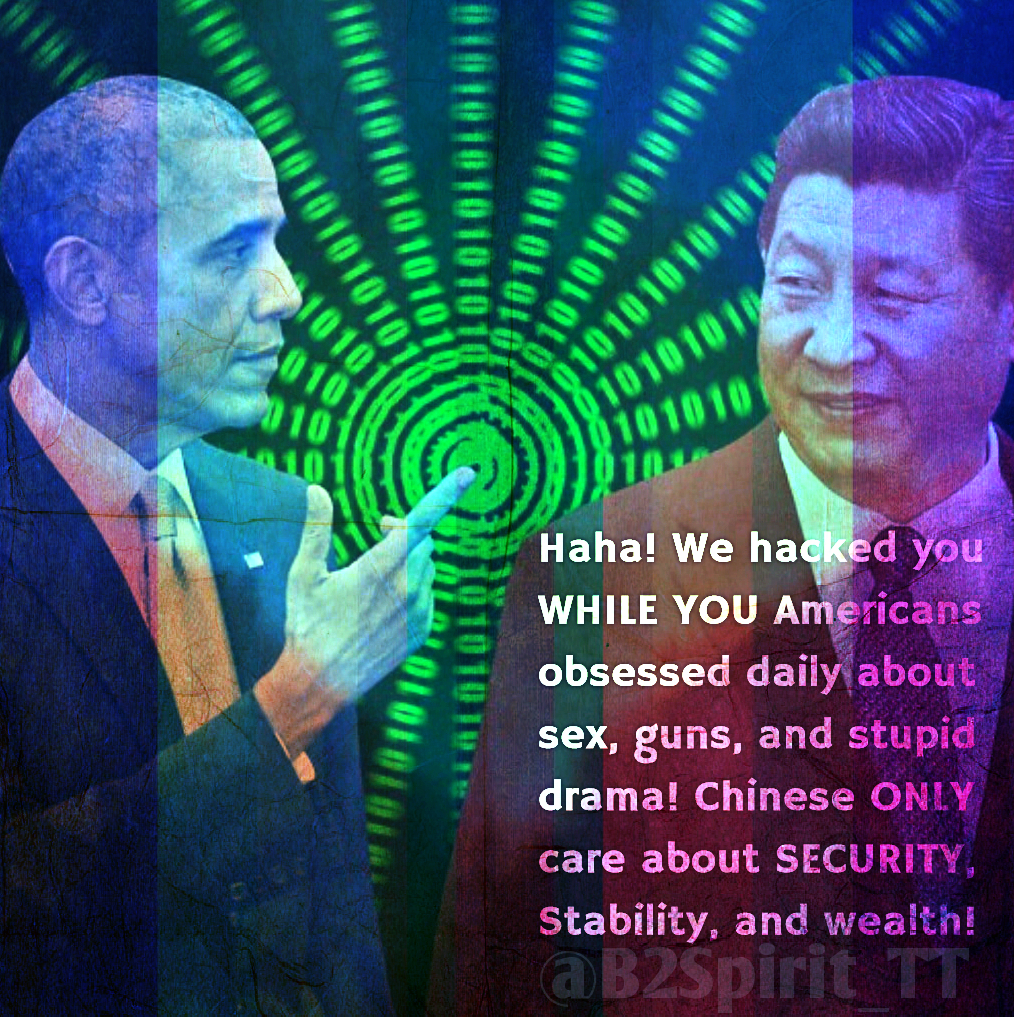 Whether you're are afraid to offend others, lose political elections or a job, walking on eggshells on an issue as jugular helps nobody. Bottom line, pragmatists attack problems at the the source. And that's the untold story of China's rise, and continued seeming ability to defy political gravity.

No matter where you stand on the political spectrum when you hear about intelligence agencies dropping the ball (click lead image at the of article), whether at the FBI, CIA or by State law enforcement, what really gets lost in the coverage is how the weight of this problematic Amendment alone distracts a superpower like the U.S., already on the back foot in a new security world order.

A new security world order where better managed nations with decisive leadership have the edge, And Americans, waking up to NRA-GOP nonsense, hashtags and drama sadly just don't get it. 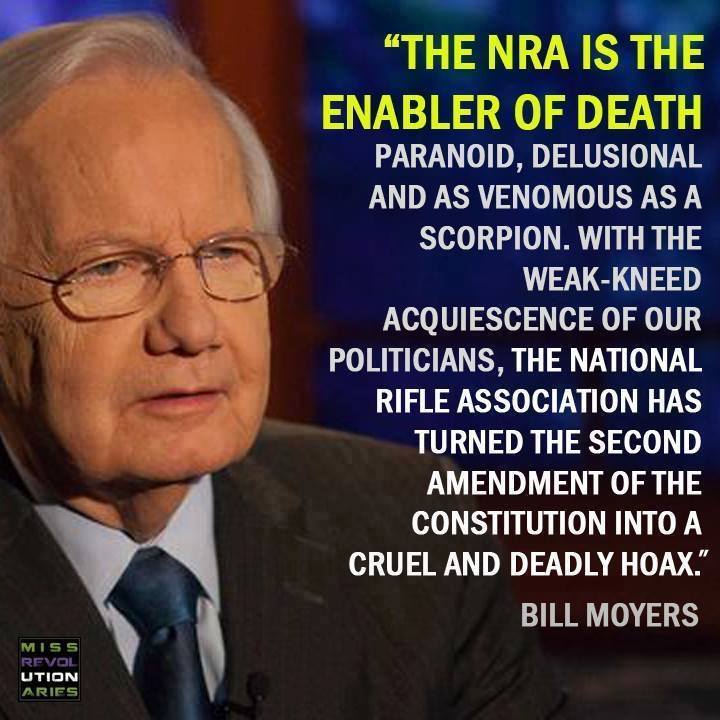 The NRA is as morally bankrupt as China's Communist Party. The difference being that American voters — who unlike Mainland Chinese CAN vote — keep opting in for a culture of irresponsibility, sanctioned by an outdated constitution.

From Mitch McConnell who just opted to skip the gun debate following the Florida Massacre of high school students, to Marco Rubio and Paul Ryan. All in the pockets of the NRA. These aren't genuine leaders but adversaries of the United States, supported by voters too irresponsible to eject them. 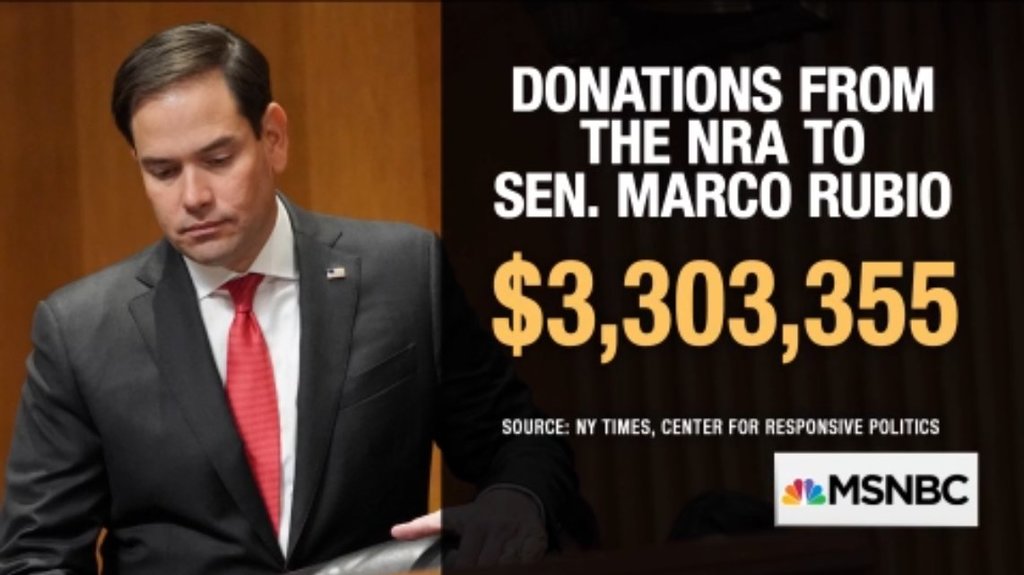 The evil NRA perpetuates U.S. terrorism. And a “developed” nation that refuses to rescind and author a new and better Constitution that adequately addresses current threats is like Ferrari's F1 Team insisting on winning in 2018 with 1960s era engines. As Qasim Rashid eloquently put it on Twitter:

“Imagine if you had to write a comprehensive but unchangeable law to regulate all future weapons invented through the year 2245.

That's how ridiculously stupid it is to believe a law written in 1791 cannot be changed to account for technology in 2018.”

I won't even bother addressing the stupidity of a sitting President and his Party proposing arming teachers with guns when armed cops are so numbed by gun culture they arrive on the scene of a mass shooting only to wait out the mayhem. Nor new developments since the Shooting. 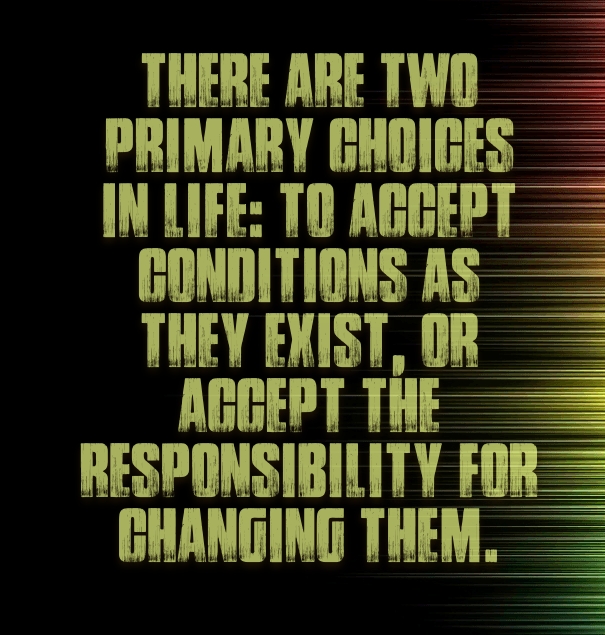