▼The 60 Minutes vs. Local News Analogy ▼

I quickly noticed when I was in preparatory school in Africa that there was a 100% — not a 98%, but a 100% — chance that everybody would be caned either on the upper back or the buttocks whenever the teacher was briefly out and returned to a rowdy classroom.

I hated the thought more than Afghan women hate the prospect of a Taliban rule.

Sit right near the entrance. Most of the classrooms had several windows of course, but only one entrance door. The view was great. The sun, bright. The air, clean and fresh.

So there I sat, ignoring my inner caveman, —which preferred to join in the “fun”, the herd. There I sat, positioning my chair right where the teacher could see my head down attentively reading as he/she walked in.

The groans were loud. The lessons rarely learned. Because as I recall, I had only about 2-3 converts.

We never discussed strategy or tactics. We didn't even know what those words meant then. At least, I didn't. But most of the others, though academically bright, were, at that time, not observant enough to notice the big picture thinking that prevented me and three or so others from receiving lashes on the back every time the teacher decided the class was too rowdy.

Those who have a 60 Minutes view and approach to the world — and in this context, to Social Media — take time to investigate, understand things, understand (for example if we're talking about the 2013 US Government Shutdown or#ImmigrationAction 2014) the what, who, where, how and why behind the status quo. In other words, they embrace tedium, notice things, connect dots, read long form content, understand the facts (not opinions) explaining current events, and have learned how to tame their inner caveman. Oh, and when they look for a story, article, news item or other media, they zero in on the facts; the body.

Not the comments section.

Such people, like forward-thinking organizations, do well on and with the Internet because they harbor and apply the holistic view. They're here to execute a specific mission. They have a strategy. And that makes them smarter than the herd. 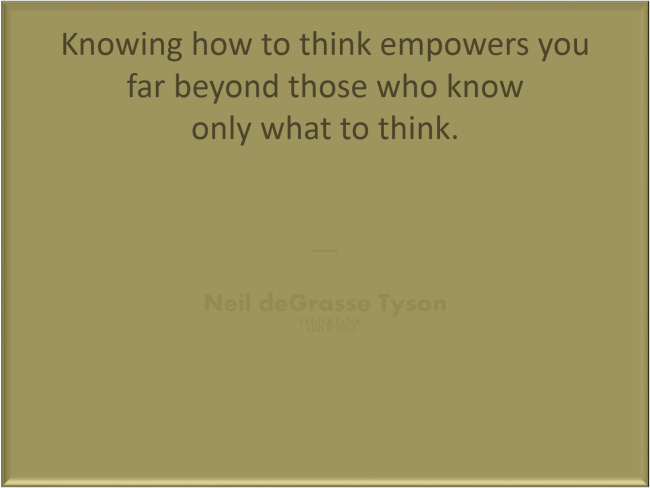 A purpose-driven Social Media player is not required to follow passengers headed for Melbourne when in fact his goals and objectives dictate that he head for San Diego. And therefore, it's incumbent upon him to protect and ensure his strategic vision is not tampered with or adversely adulterated by any mob with a narrow, short-sighted, distracted Local News view of either the world, and/or the web. Not just the wrong mob.

You can't teach everyone with whom you come into contact how to think, use computers, appreciate content (as opposed to looking for substance in the comments section), understand the web, HTML and Social Media. So, the smartest use of your time is to identify the only mob that matters: the mob headed in the same direction as you. Or put differently, work for the latter. Then execute around an IRM (Information Risk Management) strategy that puts you and them on course for success through collaboration and being of value.

The extraordinary thing is that we've built a society where the second category pays off more than it ever has before. The media would prefer the former, of course. It's more fun to cover a fight than it is to report on progress. And the fast-twitch world prefers the caveman stuff as well. Tweet your first impression, better hurry. That's what our lizard brain evolved to do, it's our first instinct.

Day trading isn't nearly as valuable as building something that lasts.

When your inner caveman shows up, the question you might ask him is, “will this juicy, satisfying, visceral action in the moment build my connection and weave a platform for my future, or is the price I'm paying for pleasing the crowd the fact that I'm tearing my platform down?”