STOP. I Am Not Your African American. 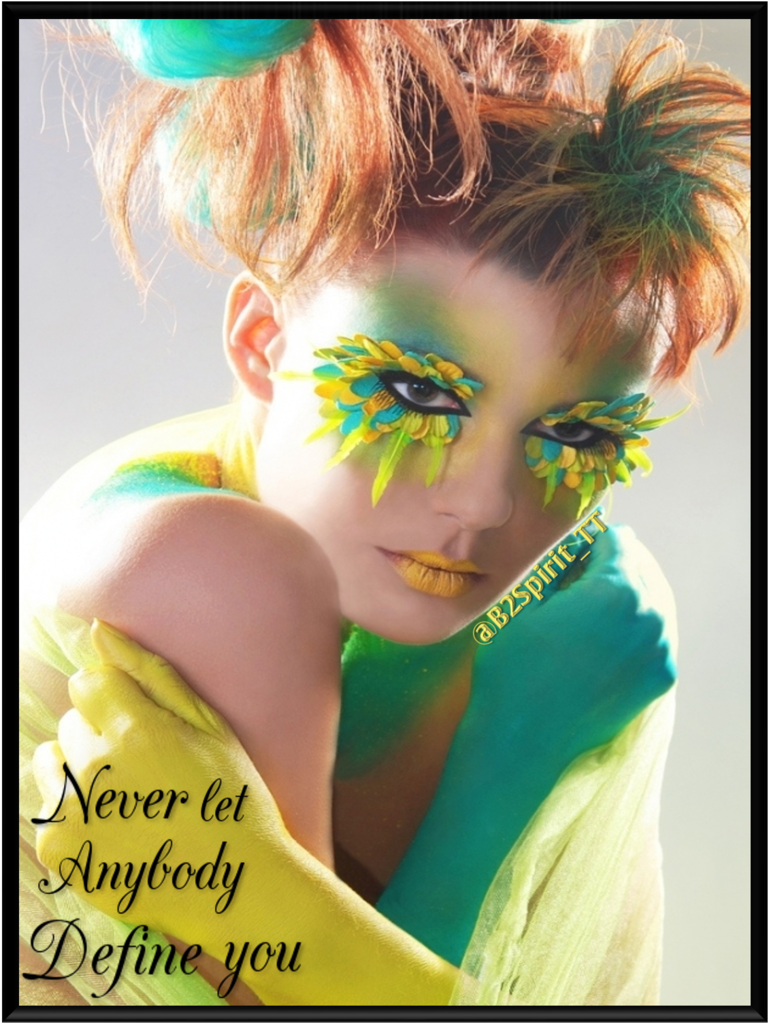 Why Defining Others' Identity For Them Is Dumb  | Images Hyperlinked

While everybody else basked in Floyd Mayweather's masterful dismantling of Dubliner/UFC Champion Conor McGregor, I focused on an issue most Black Americans clearly haven't thought through.

Perhaps because I was in China, where I lived long enough to know for sure that “racism is taught”. Both culturally and politically. And have countless scars, stories and Chinese friends to confirm.

This is why I happen to share similar views as Raven-Symoné, Morgan Freeman; many others, including Floyd Mayweather Jr. And frankly, experiencing racism daily in Asia helped shaped that aspect of my world view in a way that Black celebrities surrounded by adoring fans in Asia often miss. With few exceptions like rappers who have been denied hotels in Thailand.

By the way, there's another clip of Floyd Mayweather protesting hours before the fight that saw him eclipse Rocky Marciano's 49-0 Boxing record. And it can be found here. But he's absolutely right.

I've been saying what he told Stephen A. Smith above for years. Frustratingly, many Black 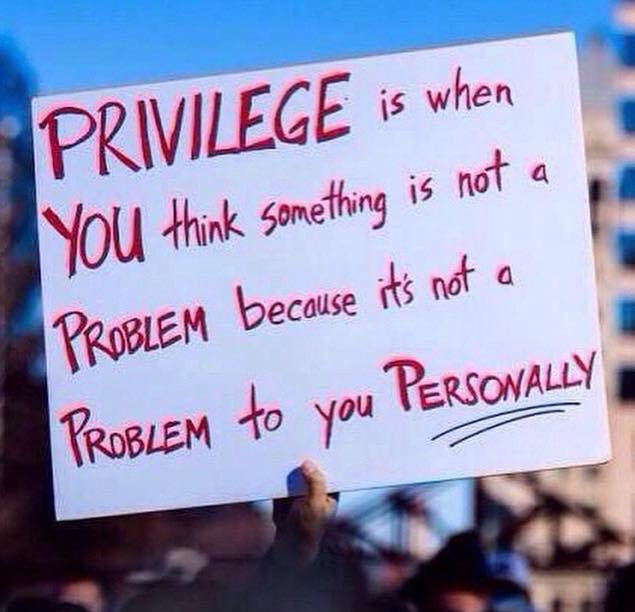 celebrities live in a bubble. Otherwise, more celebrities would use their platform to EDUCATE Black Americans in particular to reject the stupid label that is: “African-American”.

It is stupid because while it's great to be African, we live in a complicated, racist world. A world in which a privileged Caucasian expat or aloof Black or Brown person who thinks he's living “cheap” albeit in exclusive expat zones in Asia surrounded by adoring friends DOESN'T have to share the Black Experience of wondering out for a walk after a long day's work only to be swarmed by indoctrinated, poorly-trained and brainless police and security forces whose sole purpose for violating me was, as they radioed in “there's a Black man here”. This, barely five minutes after I stepped out. And yes, this happened to me, a lawyer ... in 2017.

The same year I schooled a Kenyan in Hong Kong obsessed with “where are you originally from” refrains, a Black American in Southern China with family who started with the assumption: “So where do you teach?” instead of asking me — the same I publicly scolded the police chief who backed down, apologized and agreed to train his minions better following the above incident.

This is the world we live in. A world, where David Goggins is right, people put their insecurities on you. And without the right global perspective, right ego, and right mental 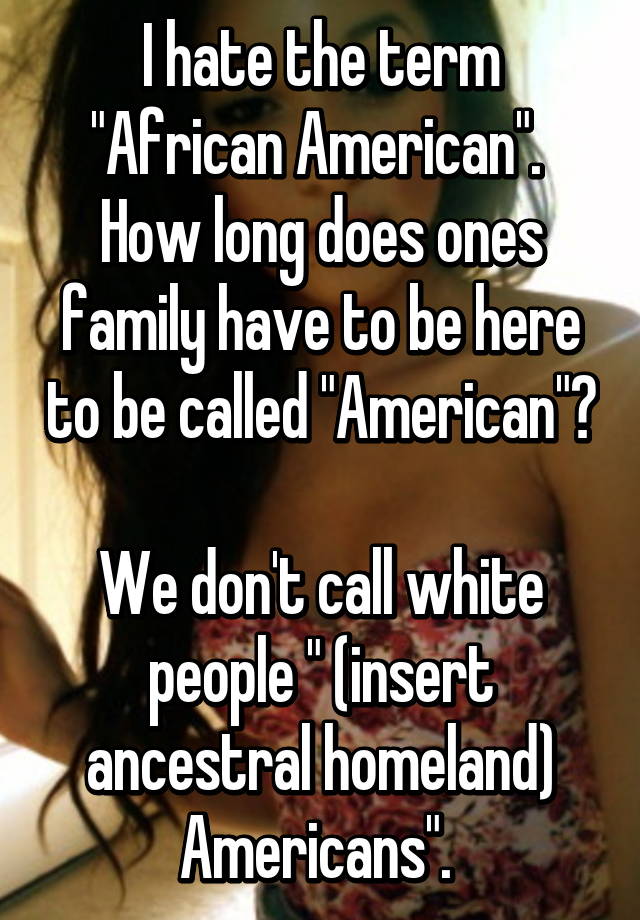 toughness, you either add to the noise. Or to the problem. And that's the problem with Black American insularity.

African American, as a term, only feeds stereotypes around the world. AVOID it. Or travel the world, ESPECIALLY to racist countries, from Asia to Europe with EYES, EARS AND MIND WIDE OPEN, and you'll understand why calling yourself African-American only gives racist people an excuse to think: “they don't even belong here”. “Send them back.” “Go back to Africa”, and so on.

I'm also speaking to Africans who like to go around desperately claiming and categorizing strangers (or celebrities). “Our Kenyan Lupita.” She was born in Mexico. Respect that. But never presume to have a right to tell her where SHE is from. Another one I saw: “Our Kenyan Obama.” Then you you have ignorant Black people going around accusing enlightened black people with decades of global racism scars — those of us who see through the indoctrination and reject the tinged racially derogatory 'African' label — of self hate. Of hating other Black people. People who know NOTHING about the Black Experience outside America, or Africa; what it's like to live with Mainland Chinese racism who feel threatened. Including what's it's like to be approached by a gossipy Chinese man saying unflattering things about Obama's conniving half-brother (Mark Okoth Obama Ndesandjo) who was for years racially exploited by the Chinese media even as he himself undermined President Obama and profited from the latter's global fame.

I don't have to remind you of Trump's dark Birther movement and obsession with President Obama. And specifically, why Obama has never been fully accepted by the fringe right as an American.

It's really all petty. Toxic. Disgusting. Oh, and those racial classification forms? Leave them blank!

It doesn't matter where one is born. And you're not entitled to force a connection or affiliation 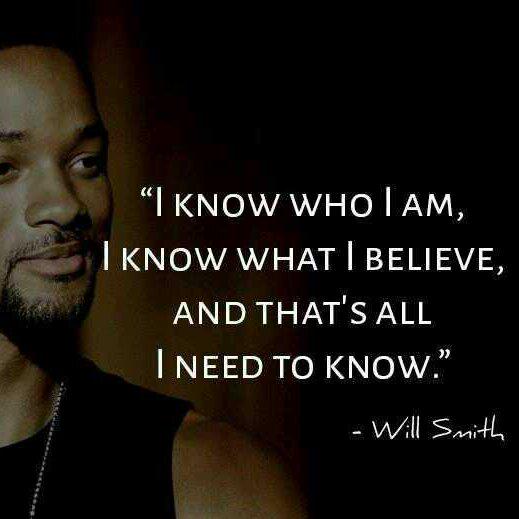 they themselves may not be comfortable with on them.

A Black person is not chained to Africa. And as Oprah always says: “Everybody has a story.”

Plus, you don't own the person.

What Africans and Black people generally need most right now is individual self-respect. Meaning, when I look at your digital footprint, your profile, etc., do I see buffoonery or excellence. Because in the racist world we live in, everything you do, arms the racist layman and racist people with power. ACROSS THE GLOBE. Which adversely affects the predicament of innocent, upstanding Black people the world over. Daily. Something mischievous, insular, clowning and ignorant Black people on Social Media in particular don't understand.

Black people need model, STABLE, independent, resourceful, economically-progressive leadership. Not backward thinking and Afrocentrism, or Afrocentricity on steroids. And all this pettiness along color lines, who's or isn't mixed or “legit” Black, who's “acting White” is just stupid.

And while we're at it, only fully evolved human beings will concede or tell you:

Nobody was ever born a slave. Or born chained. Find a new-born baby and tell me where “slave” or “African” is written on its forehead. Plus, embracing the “we were shipped here” rot is equally infuriating. After all, the first Americans were Black. And that's according to the BBC's research.

I'm not interested in your backward “history” lessons or narratives. Smart people knew, and felt this long before Slavery. And that much — our equality — is even confirmed in the Bible (New Testament).

In racist Mainland China, where censorship (including the blocking of Black media, Denzel Washington movies, etc.) fuels a toxic cocktail of ignorance, jingoism and racism, they ask: “Where are you from?”

Then the same person who was watching an NBA match a moment ago, or knows about the Obamas for example, turns around and politely DOUBTS you're REALLY American. Meanwhile, ignorant (sometimes Black) Americans with a superiority complex infected with what I call the Where-are-you-really-from virus and obsessed with accents go around pressing well-spoken countrymen and strangers with question like: “No, hun...But where are you really from?”

All very exhausting. Petty. And stupid. And yet some Caucasians do it too. Sometimes by tricking Black folks to pronounce a word. Because white supremacy tells that person: “We/I own the language”.

Then you have ignorant Black people on Twitter or Social Media generally, who agree with you based on “how you sound” or if your profile photo's Black. A lot of good advice I give my people connects with Whites and Asians better because majority are caught in herd mentality, if not crab mentality. And unless they know you're Black, whatever “gold” or gem you're offering falls on deaf ears. This too, is unfortunate. But hey, can't fix stupid.

An American is either an American to you, or secretly, in the mind of a bigot anywhere, a second-class citizen. And if you're Black and think claiming Africa proves something (IT DOESN'T), look up what the late Dr. Myles Munroe says about “going back to your roots” thing here.

Wherever racially-tinged language, prejudice or overt racism abounds, hyphenated Americanisms — I have learned — helps no one. Instead, it makes people dumb, more culturally incompetent, and in America, a divided nation. That's why, for me, it's enough to say I'm an American. If I'm comfortable with your good judgment, genuine curiosity, etc, I tell you more.

But what I don't do is call my White American friends European-American, Swedish-American or Jewish-American, Israeli-American, etc. Further, a Black man could be from anywhere. Which is why only a healthy ego and sophisticated education says: Let me not label, categorize or delimit. I shouldn't assume he/she is “African-” anything. Except, show respect. So, spread the word.

Or keep calling yourself African-American if Black and that's your preference. 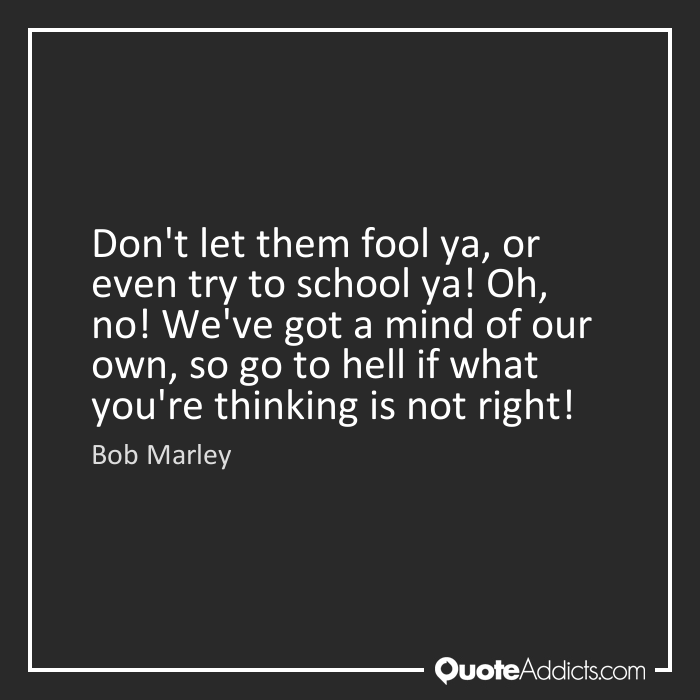