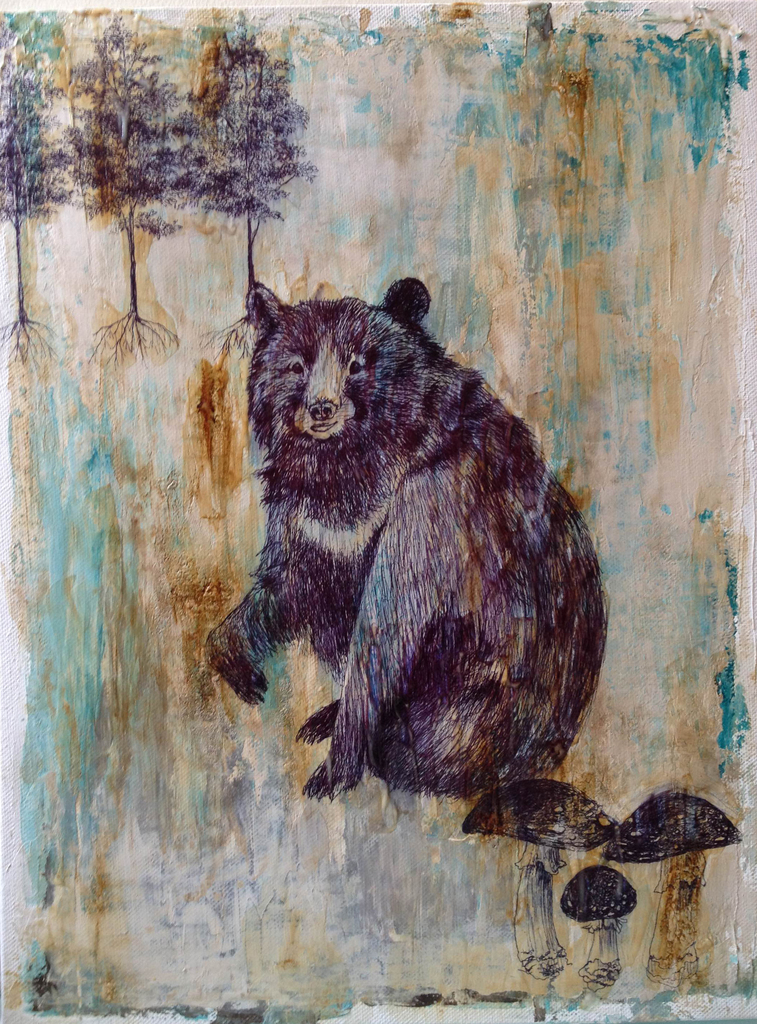 Growing up observing the beauty of the flora and fauna of Oita, Japan, Sayaka has been compelled toward art since childhood. Even though computers were becoming mainstream for art students while she was in college, she insisted on hand-painting because she could express herself more clearly by hand. After graduation, she spent five years working as a designer, pursuing her own artistic ambitions, participating in group shows, and holding workshops.

In 2012, she began pursuing her art career in New York. She enjoys expressing the personality of living things in her artwork because each has its own personality.