▼Cyber & Asymmetrical Hybrid Warfare in the Age of Trump▼

Nations like the U.S., which I already labeled and argued earlier in the series (as) de facto annexed. However, Putin's game of death likely won't end well for him or the innocent Russian people either. For starters, it helps to know Russian history and Putin's doctrine and strategic calculus. Moreover, among other elaborate schemes, it's one thing to use Russian oligarchs (click above),  to annex the United States. Quite another thing to win the long game when your 'useful idiot' also has many tricks up his sleeve. Which is why China's leaders now realize they may have quietly celebrated Donald Trump's victory over Hillary Clinton believing it'd be good for the Communist Party's hegemonic aspirations a too early. For now, they find themselves locked in a protracted Trade War, if not possibly, a new Cold War. Whose strategem (see below) ultimately wins? It remains to be seen. 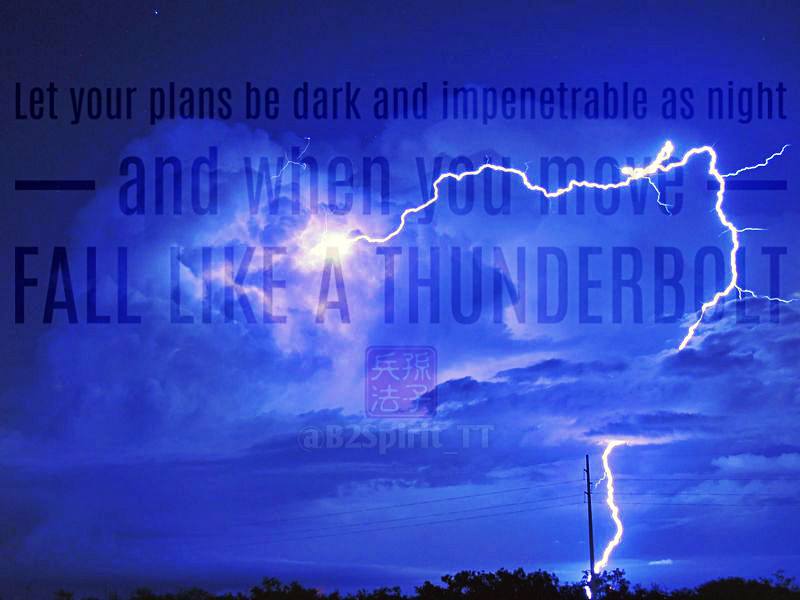 Putin's fake reelection and reckless quest for Cold War-era respect aside, he has in Donald Trump, an ally who remains unconvinced a more assertive U.S. foreign policy is the appropriate answer to the Putin regime's disruptive flouting of international norms. Even as he considers pulling U.S. troops from Syria, further strengthening Putin's hand in the Middle East. The attempted assassination of former Russian spy Sergei Skripal and his daughter Yulia in Britain with a Novichok nerve agent and assassination of UK-based Russian exile Nikolai Glushkov however, just further alienated Russia.

Yet while he would still get away with sham reelections shamelessly coordinated ballot-stuffing as above, one problem Advisors wouldn't have had with a well-read Hillary Clinton in the White House, much to the delight of her nemesis, is a U.S. President with psychopathic admiration for an assassin and 21st-Century Russian Tsar.

Meanwhile, many in the U.S. particularly in the Republican Party are like Mikhail Khodorkovsky (in Part 2) who retrospected: “By 2002, the lines had already been crossed. Probably, if I had a better understanding of the essence of this regime as a criminal organization I would have been able to oppose it more effectively.” And in the likes of Maria Butina (below), one sees another Putin ploy. 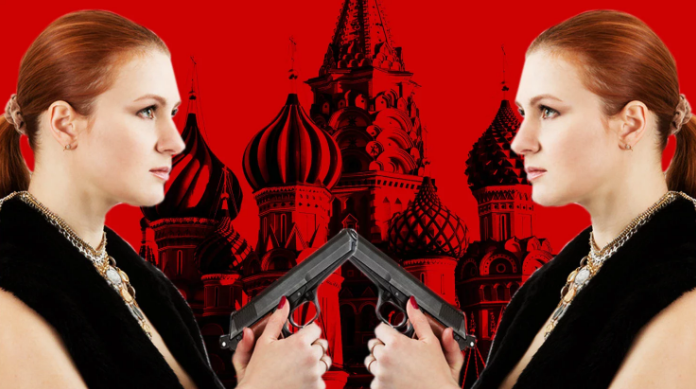 All this while sowing division among U.S. and NATO allies. With the help of his protégé, who called the EU a foe of the United States ahead of his Helsinki Summit with Putin. Republicans are complicit in stalling assertive, urgent, coordinated and requisite leadership against this new Cyber and Asymmetrical Hybrid Warfare. Leaders in Western democracies were, until the Trump Presidency, used to knowing what to expect from their ally, United States. Leadership that albeit now weakened, the UK and several EU and NATO countries are proactive making do without.

For my part though, I remain convinced the United States needs a new and better constitution plus new breed of leaders, if it is to survive this psychological cyber and asymmetrical warfare of the 21st-Century.

Ruthlessly pragmatic, ethical nonpartisan leadership with spine. One that isn't Russia-owned or dogmatically cowers to strongman cults and dictatorships. To be clear, President Obama's weak leadership and negligence vis-à-vis competently reading the digital threatscape and decisively executing cyber deterrence is one reason for the status quo. Just as his omissions enabled the ascendancy of a treasonous Presidency — the consequence of an adversary's full spectrum warfare — and de facto annexation that America's ratings-crazed myopic on-to-the-next-one journalism is yet to appreciate and adequately address. As for the impending Kim Jong-Un Trump summit... 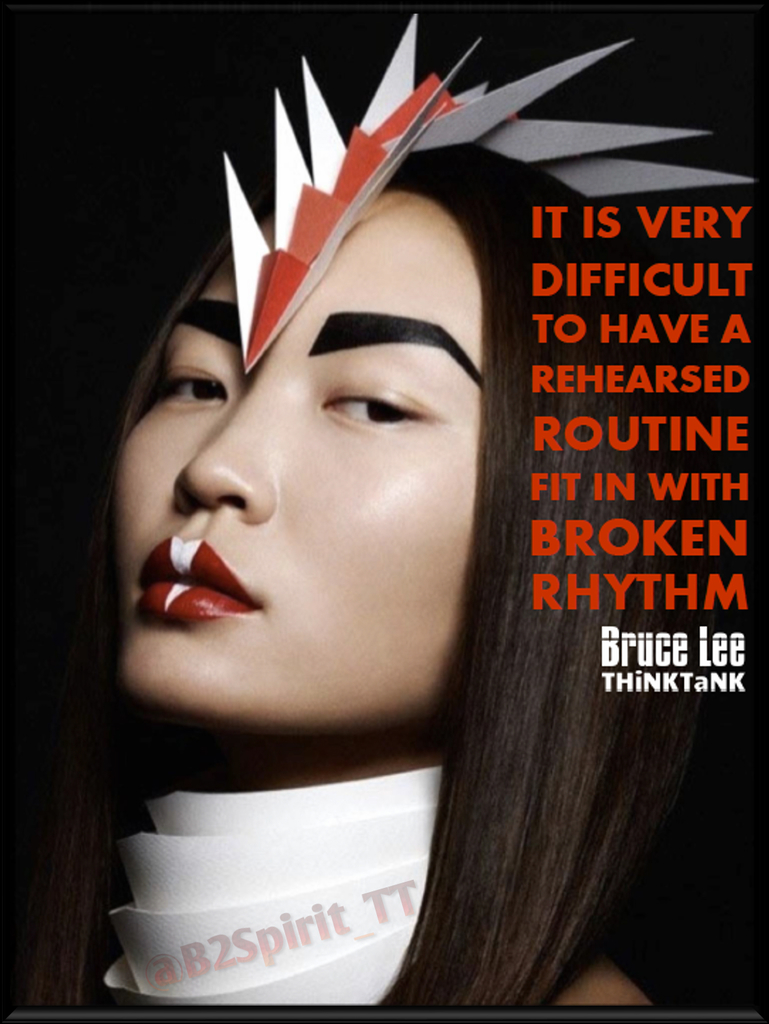 Like Kareem Abdul-Jabbar and his fellow villains in Bruce Lee's Game of Death (click above), the recent secretive Kim-Xi meeting is yet another example of adversaries breaking America's rhythm left and right.

Time will tell. But don't be surprised if it turns out Vladimir Putin had a hand in Kim Jong-Un's call for the much talked about Trump-Kim Denuclearization Summit. Be it a ploy to legitimize China's, Russia's and North Korea's strongmen? Whether at the expense of an irreparably more destabilized United States à la Mongols subjugation of Rus' regardless whether Donald Trump survives Mueller's investigation and wins re-election. Which is also why I believe any analysis of the face-to-face meeting (whether it materializes or not) omitting Putin is misguided.

Strategic decisiveness (click above) doesn't exist only in corporate boardrooms. As Putin warned:

“Any use of nuclear weapons against Russia or its allies, any kind of attack, will be regarded as a nuclear attack against Russia and in response we will take action instantaneously no matter what the consequences are...”

Empty threat, narcissist, corrupt, conniving criminal overlord or not, from Syria's decimation to European paranoia about his next move, Putin's decisive strategic and frankly, criminal “successes” — most notably, destabilizing the strategically naive, distracted and disunited USA — means he can correctly brag about having “no disappointment at all” with his older protégé, Donald Trump.

How does Putin's high tech war thrive on 1/4 GDP per capita that of advanced European nations? You might start with Fox News, an organization which wouldn't exist in China in the face of foreign threat like the one America faces. The GOP and the fringe far right. But ultimately, in the new security world order, every strategic and security-minded republic needs good hackers and cyber criminals, which Russia enjoys a surplus of. Of course, having morally bankrupt strongmen muting, arresting and assassinating political opponents while sheltering cyber criminals and “useful” American fugitives sure is a hacker's delight. Except, notice how I blend questionable pragmatism and ethics.

The last American dogma and U.S. national security threat I addressed was polarizing gun politics, the 2nd Amendment and America's Gun Fetish. Portions of which were left intact in Part 1-3.

However, as former KGB agent Jack Barsky put it in Part 1's BBC feature, and I paraphrase: A nation can only focus on one thing well at a time. And as long as Americans are busy shooting arrows at each other, adversaries like Putin are content to exploit their foolishness. After all, it's the United States' Constitution and adversarial political and legal culture that isn't well-configured to effectively fend off 21st-Century full-spectrum information, cyber, psychological and hybrid warfare as China's is.

It's easy to get caught up in semantics and differences when the big picture is one word: Disruption.

Which is why I side with Techopedia's definition of Information Warfare. America is in big trouble because it's about to be rocked with seismic disruption the likes of which technology never enabled. And certainly beyond the pay grade of the myopic, politically agnostic American. The same social media and useless Apps and tech-addicted American who was duped into voting for Donald Trump — Vladimir Putin's stooge— protest voting or not voting at all due to among other things Russian socially engineered disgust for Hillary Clinton in the 2016 U.S. Election. Same American MIT's grim Fake News Study finds is woefully incapable of distinguishing real news from fake news.

There's a reason while Americans are drunk with self-destructive inertia of “a well-regulated militia” (see below), China maintains a tight, agile, 21st-Century Cyber Militia readiness not stuck in 1791. From citizens to businesses. Ask very honest Chinese who have interviewed for a job at Huawei. 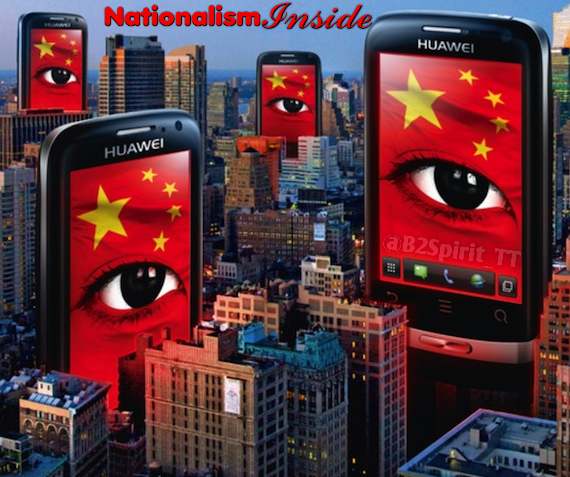 While Russia has the means and motivation, effective Chinese nationalism is already exploring ways to weaponize Blockchain for (Gray Zone) UW. Both nation's media and cyberspace better sealed off than the West's, particularly America's. Further, Americans may think Putin's Annexation of Crimea's a small European or NATO problem; that talk of “Russian meddling” only about the 45th President. Except, Crimea was just a test run. The Trump Administration will be viewed by historians as Putin's Russian Annexation of the DIS-United States of America. 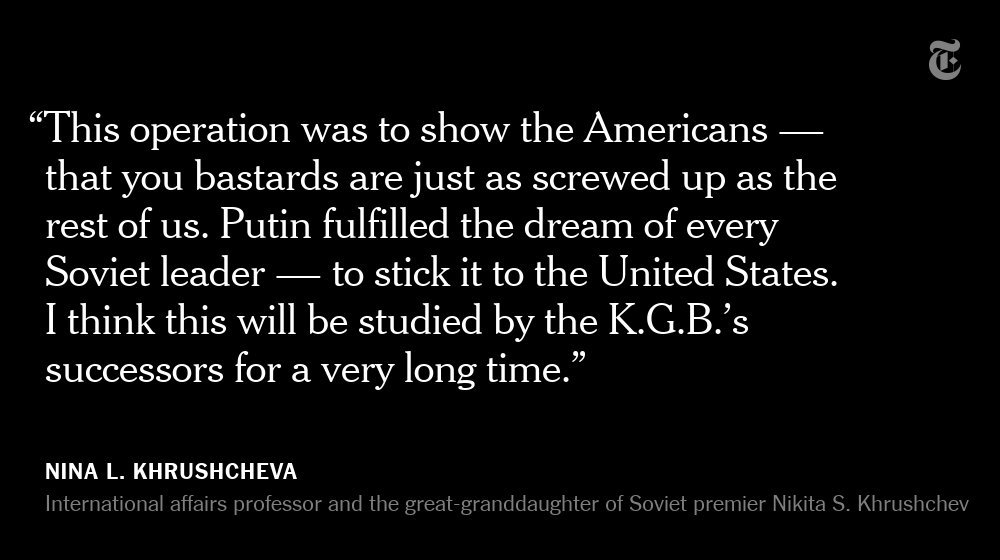 As China's Xi Jinping plunges China into deep dictatorship in a manner unseen since Chairman Mao, Putin may have won a fake election having threatened the U.S. with hypersonic nuclear-powered cruise missiles. But Americans have to decide how comfortable they are with their relegation via spectrum theater strongman dictatorship-sponsored cyber warfare, election sabotage, dogmatic partisan self-sabotage, and stupid, outdated, dogmatic laws and so-called “gun rights” ripe for exploitation by adversaries waging psychological information and asymmetrical hybrid warfare to weaken, divide and disrupt the United States of America. 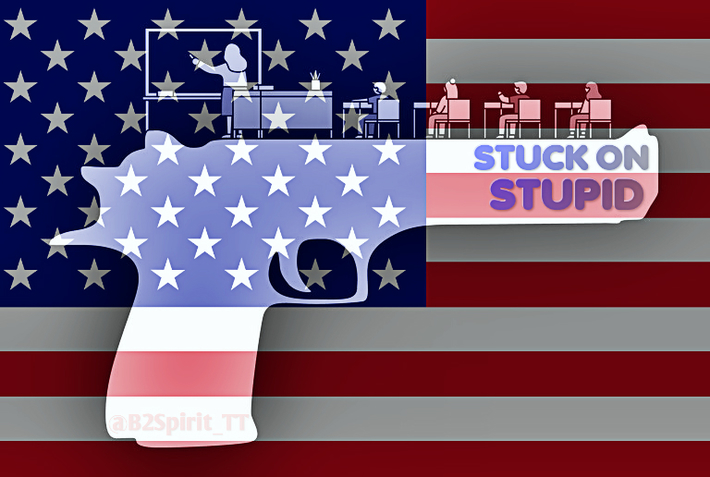 The Leadership Series: Vladimir Putin (Part 7b) | Next, Strategic Deception▼