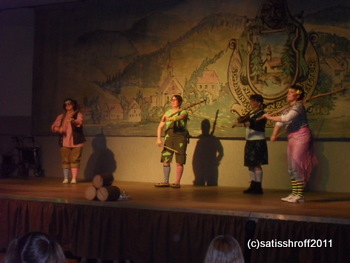 The fasnet celebrations began in Kappel-Freiburg on march 3,2011 on Dirty Thursday (Schmutzige Dunschdig) and the Schauinslaender Mountain Spirits (Berggeister) were in command with a good variety programme. This was the day in which the ghoulish, eerie masked figures stormed the local Kindergarden and Schauinsland school in their motley dresses and hideous masks bells that they wore, as they pranced about, took prisoners only o let them free, or gave sweets and brezel to the delighted children.

The children, on their part, were allowed to clown around with their teachers and the Berggeister. There was what we Germans call ‘ramba-zamba’ music blaring from the truck the Berggeister had brought along.

In downtown Freiburg, hundreds of knaves ad witches came and stormed the town council. The masked Freiburger witches posted themselves on all the windows and threw confetti to the masses gathered below. A knave-tree was put up by the Erznarrenzunft and a Fasnet figure, Ignaz Fasnet, in a costume with patches of flecks, was hung on the tree, which is to be removed on Ash Wednesday. Tomorrow (Monday) is the big procession along Freiburg’s shopping area: the Kaiser Joseph Strasse.

This was followed by the Hemdenklunkerumzug, a procession in which the participants wear white night-caps and white XXL shirts and straw-shoes, typical of the Schwarzwald. There they went accompanied by the local Musikverein members  who oomphed all the way to the town council (Rathaus) and a Tree of the Knaves (Narrenbaum) was rigged up in the hall. Since it was a cold wintry day the motley participants were served a warm soup (Narrensuppe).

On Friday, also known as Fasnet Fridig) there was the annual Brauchtumsabend, which is an evening of customs from Baden in the big festival hall in Kappel. The programme began at 8pm and was organised by the different associations (Vereinen) It was a long evening with two men dressed as ladies who talked in high pitched voices about the happenings in Kappel, with a lot of slapstick, traditional music and dances thrown in. The finale was the monster dancers of the local aerobic club with catchy music from Michael Jackson’s ‘Thriller’ to popular English oldies and German hits. By the time the programme ended it was already 12pm and after that was a dance and the bar was declared open for the guests.

There was a Children’s Fasnet on Fasnet Sungid (6.3.2011) in the festival hall in Kappel with games, tombola, prizes for the best costumes and make-up and a big jumping Hüpfburg, where the kids could jump around and have fun.

The cold, long winter is banished and gets buried on March 8,2011 and this day is called Fasnet Zischdig. The brass band plays a sad funeral march tune from the festival hall to the town council, where the burning of the fasnet-effigy takes place. The music group from Buchenbach will also take part. The masks that people wear can be commercial ones or traditional wooden masks chiselled by hand in the hamlets of the Schwarzwald, Alsace (France), Switzerland and Tyrol (Austria). The masked participants in the processions have their own roles to play: some are obliged to throw ashes to the spectators, collect money for the procession badges, dance and indulge in merry-making. One custom that many folks around the world have is the burning of figures like Brother Alex, Bacchus) or a magical object gets shot and thrown on a dung heap or drowned.

On Saturday (March 19,2011) we have the traditional Scheibenschlagen during which young men shoot burning hot pieces of wood from a ramp located at the Eschenwegle. The burning wood is sent into the dark, night sky with a twitter-like verse. If someone is in love, he mentions that he’s sending this piece of glowing wood in her name, as a token of his love. If the wood disc floes well it’ll bring him luck. If it’s a dud, he’ll have bad luck. People are superstitious in the Alpine area, like in the Himalayas.

Since fasnet or fasching is celebrated just before the period of fasting, it is normal to eat a lot of fasnet-delicacies which are purposely rich in fat-content: hot spicy soup, stews with the entrails of animals and a lot of goodies baked with liberal amounts of Schmalz, in order to get over the period of fasting without having to lose weight. It is expected that you should have a feast, be beyond yourself, dance, drink and eat. The period of fasting, quadragese, lasts from Ash Wednesday till Easter. In the old days you weren’t supposed to consume meat, butter, milk and eggs. Instead, you could eat hill-snails and fish, which was relished by all.

Whereas the Germans in Rheinland shout ‘Alaaf!’ and ‘Helau!’ in the Swabian-Allemanic fasnet you shout ‘Narri!’ and are greeted with ‘Narro!’ In Emmendingen the onlookers greet the knaves with ‘Ajo!’ Customs have been inherited throughout the decades and centuries. What a community (family, clan, neighbours, association, club, hamlet) does is the custom. The custom can be sacral and has to be carried out by all the community members. When there’s thunder and lightning in the sky, most people in the Schwarzwald, Vosges, Alps and Dolomites cross themselves. A Nepalese may mumble Bharma-Vishnu-Mahesh to seek help from the Gods of the Hindu pantheon, and a Buddhist may repeat his or her ‘Om, mane peme hum’ litany to abate his or her fear of the elements. The beliefs and customs play a role in matters pertaining to supernatural phenomena: to Gods, Demons, unseen powers that be. All these have a function in regulating relationships in social areas, the relationship to people. Just as people who do menial jobs (Handwerker) have rules and regulations and a written statute, the Narren also have their own codes of conduct during the processions, behaviour towards the spectators and the public in general. The police also distribute pamphlets on alcohol consumption, warning and counselling the merry-makers not to drive when drunk, otherwise you might lose your driving-licence and get bad points at Flensburg. The modern man without a car is in a precarious position.

After the Morgenstraich procession in Basle, the second biggest town in Switzerland, you go with your friends to one of the many Gasthofs to try out the famous, traditional Mehlsuppe (flour soup) with a cup of Swiss coffee to go with it. For the Swiss it’s the done thing. You don’t want to be an exception, do you?

Last Saturday the Swiss food-chain Migros celebrated its 10th anniversary with Gugge-music in the German town of Lorrach. Even the Swiss Gugge-musicians came to the Gugge-Explosion, as the event was called. Other musicians came from Hockenheim, Lake Constance and the surrounding areas. Look up: www.gugge-explosion.de

The Löffinger witches danced in a circle around a huge fire and spoke with the devil to be allowed to celebrate Fasnet. This Walpurgis-Night, which is actually in the month of May, is celebrated in March in Loeffingen, was performed with theatre and music. Look up: www.Loeffinger-hexen.de. 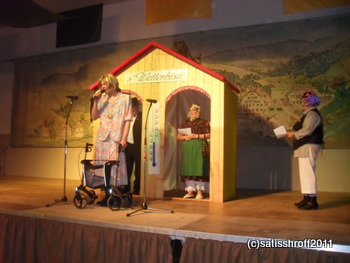 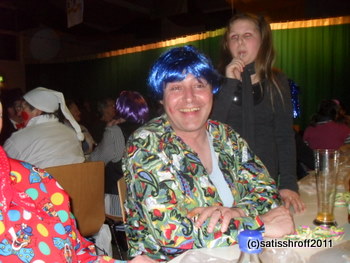 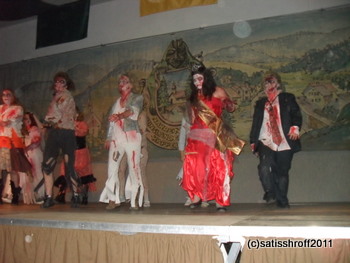 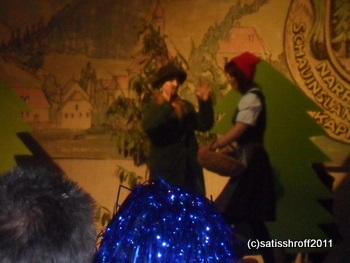 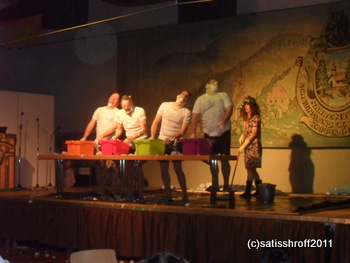 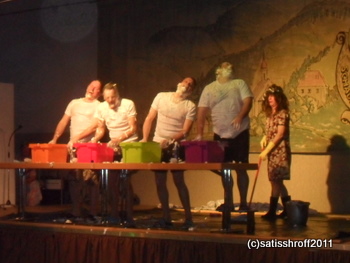 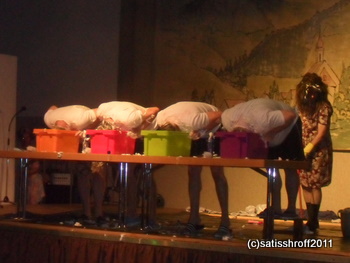