▼What Winners Know But Rarely Say▼

In one of Boxing's most unforgettable moments, the rematch between Sugar Ray Leonard vs. Roberto Durán, Durán stunned hardened Boxing fans, fellow Panamanians and even his nemesis and archrival Sugar Ray Leonard when he decided he'd had enough.

So what's the trick?

The trick—easier said than executed—is to take Henry Wadsworth Longfellow's advice to heart and remember that: “If you would hit the mark, you must aim a little above it; every arrow that flies feels the attraction of earth.” And by any means necessary, guard your rhythm.

America's 26th President Theodore Roosevelt, said it best. “It is not the critic who counts; not the man who points out how the strong man stumbles, or where the doer of deeds could have done them better. The credit belongs to the man who is actually in the arena, whose face is marred by dust and sweat and blood; who strives valiantly; who errs, who comes short again and again, because there is no effort without error and shortcoming; but who does actually strive to do the deeds; who knows great enthusiasms, the great devotions; who spends himself in a worthy cause; who at the best knows in the end the triumph of high achievement, and who at the worst, if he fails, at least fails while daring greatly, so that his place shall never be with those cold and timid souls who neither know victory nor defeat”. 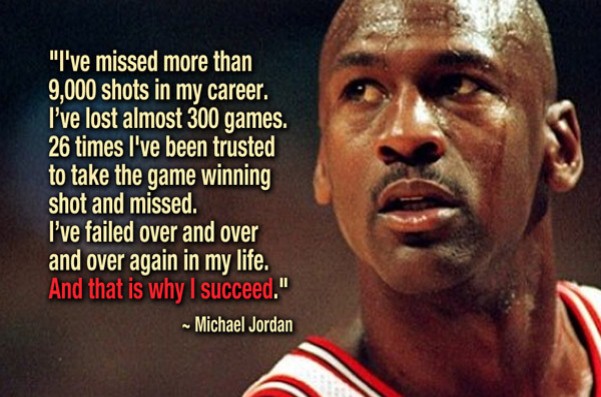 Vulnerability is the core, the heart, the center, of meaningful human experience...When I ask people what is vulnerability, the answers were things like sitting with my wife who has Stage III breast cancer and trying to make plans for our children, my first date after my divorce, saying I love you first, asking for a raise, sending my child to school being enthusiastic and supportive of him and knowing how excited he is about orchestra tryouts and how much he wants to make first chair and encouraging him and supporting him and knowing that's not going to happen. To me, vulnerability is courage. It's about the willingness to show up and be seen in our lives. And in those moments when we show up, I think those are the most powerful meaning-making moments of our lives even if they don't go well. I think they define who we are.

I always ask a very simple question to people. I just say think of the last time you did something that you thought was really brave or the last time you saw someone do something really brave. You know, I think, without question? and I can tell you as a researcher, 11,000 pieces of data, I cannot find a single example of courage, moral courage, spiritual courage, leadership courage, relational courage, I cannot find a single example of courage in my research that was not born completely of vulnerability. And so I think we buy into some mythology about vulnerability being weakness and being gullibility and being frailty because it gives us permission not to do it.

I was trying...very much like you, I think, trying to hold space for a new conversation. So it was really painful. There were parts of it that were very hard for me and that I felt very unprepared for. Somewhere I write something about, you know, I'm a big Leonard Cohen fan and there's the “Hallelujah” lyric that says, “Love is not a victory march, it's a cold and broken hallelujah.” Vulnerability is not a victory march either.

Whatever your daring is, however you're trying to show up in your life, I think there's something incredibly contagious and powerful about it. I think it makes the people around us a little bit braver and I think it helps us get very clear on the ideals and values that guide our lives.

Shame drives two primary tapes: not good enough, and who do you think you are? So to me, it's a very formidable emotion. Its survival is based on us not talking about it, so it's done everything it can do to make it unspeakable.

I think I thought, well, these people, you know, the people who believe in their worthiness, their lives probably panned out extremely well...Their nail polish doesn't chip, no stretch marks, no struggles, you know, but — but [that] wasn't the case. You know, there weren't fewer divorces or bankruptcies or history of trauma or addiction. I mean, they were just like the general population in terms of those variables. They were just like everyone else.

Perfectionism, judgment, exhaustion as a status symbol, productivity as self-worth, cool, what do people think, performing, proving, quest for certainty. Such a pretty picture.

You know, and the other side were things that I had really strong emotional reactions to, like the first one that I saw that just — oh, I just was so mad — was creativity.

Creativity was on the other side and I think, before this, you know, I was one of those people who, if someone said, you know, “Hey, do you want to take this painting class with me, or do you want to scrapbook or do you want to …” you know, I was like, aw, that's really cute. You know, “You do your A-R-T, I've got a J-O-B.” You know, it's so funny because as a shame researcher, my lens on this was very different. My lens was not just like, oh, OK, so we should be more creative and we should incorporate more rest and play into our lives.

My question was like, OK, so I get rest, it's important, and play and creativity and all these things that make me super uncomfortable. But what are the shame triggers that get in the way of us doing these things? Like I wasn't satisfied with just knowing what we were supposed to do. I wanted to know what is it that the wholehearted, if they were just like us, what did they have to overcome in order to soften into some of these things? So like with creativity, the primary shame trigger around that is comparison.

It just kills creativity. For every one of these choices that leads to wholeheartedness, there is real shame work to be done about how we get there. I mean, how can we embrace rest and play if we've tied our self-worth to what we produce?

Appearance and body image is still the number one shame trigger for women. For men, there's a really kind of singular, suffocating expectation and that is do not be perceived as weak. So for men, the perception of weakness is often very shaming and that one of the things that's interesting is, I talk to men and, you know, what I heard over and over was some variation of, look, my wife, my girlfriend, whomever, they say be afraid, they tell me, you know, share your vulnerability with me, open up, but the truth is, they can't stomach it.

The truth is that, when I'm very vulnerable, when I'm in fear, when I talk about it openly, it permanently changes the dynamics in our relationship. And when I started sharing this with women or whenever I started interviewing couples, women are like, oh, God, it's true. I want you to be open and I want there to be intimacy, but I don't want you go to there.

You know, and so, I've come to this belief that, if you show me a woman who can sit with a man in real vulnerability, in deep fear, and be with him in it, I will show you a woman who, A, has done her work and, B, does not derive her power from that man. And if you show me a man who can sit with a woman in deep struggle and vulnerability and not try to fix it, but just hear her and be with her and hold space for it, I'll show you a guy who's done his work and a man who doesn't derive his power from controlling and fixing everything.

I think we're sick of being afraid, and I think there's a growing silent majority of people who are really kind of thinking, at a very basic human level, I don't want to spend my days like this. I don't want to spend every ounce of energy I have ducking and weaving. I don't know where we'll go next, but I really believe with every fiber of my professional and personal self that we won't move forward without some honest conversations about who we are when we're in fear and what we're capable of doing to each other when we're afraid.