This is a slightly more digestible version (for beginners) than Part 1. Both, equally important.

But either way, you're at the right place right now, if:

You want to start your own business for the first time ever, and failure is not an option

You're already running your own business but failing, and want actionable insights

Or, if, you failed before, are back at it, but — as one of my friends put it — consider yourself and that business as being “in crisis mode.”

For that friend (an American), and another, a European — with an inferior sense of the importance of flow, focus, rhythm, time management and process management, this blog would help.

Prior to EU accession, there were those who felt Croatia got lucky. That it was illiterate, in business terms. A sentiment later confirmed by Foreign Affairs Deputy Minister Hrvoje Marusic, who said: “We didn't prepare well enough for being economically competitive in the European market.”

Were it a startup, Croatia would have failed just for not being sufficiently prepared.

Similarly, some entrepreneurs are more interested the ideas inside their heads, however poorly researched, than they are in the market. In long-term planning backed by solid data analyses, and/or empirical evidence. Billionaire Warren Buffett has excellent advice precisely for such entrepreneurs

As above, I subscribe to the Warren Buffett school of thought. Which says, “I study failure. My partner says all I want to know is where others died so I don't go there.”

Notice too that like Sam Altman (above), Mr. Buffett links the critical importance of long-term planning and strategizing to entrepreneurial success.

Meaning, you've got to have, surround yourself with, or build a team of with good ideas. People with a Growth Mindset, bearing in mind arguments have been made for Fixed Mindsets in other contexts.

That will be addressed in subsequent blogs. Plato though, correctly cautioned: “As there are misanthropists or haters of men, so also are there misologists, or haters of ideas.” Assemble the wrong team, and you're bound to fail. Fetch and save your copy of one of my favorite (free) ebooks⤵️ In addition to your emotional and mental state, as addressed by Warren Buffett above, great (business) ideas come from a place of clarity. As such, you don't want the wrong (unbalanced) team or personalities to drown out your good/best ideas. Nor do you want noise and distraction — like the European friend mentioned above, or abysmally inefficient African business colleagues I recently dealt with — to influence you to make inefficiency your norm.

Because if that happens, it means, and follows quite simply, that:

You remain unnecessarily or indefinitely stuck at the Idea phase, and or

Your startup or small business' simply fails due to poor process execution and management.

Another common reason for failure and loss of money I see is a reluctance to ask for help. Remember: good leaders delegate. That is to say, they play to their strengths by applying Advanced Problem Solving Skills, instead of assuming they have all the answers. Or, simply failing to communicate whatever is on their mind. Be it questions, concerns, etc.

Like Buffett above, a good entrepreneur is less concerned with micromanaging and more focused on efficient capital allocation and value capture (addressed here).

For a very small startup — bearing in mind we defined what a startup is in Part 1 — your biggest concern assuming you're really in it to succeed and achieve hypergrowth, should, I believe be the holy grail of ALL business competition dominance. Namely:

Coming up with the best product and/or service that ideally, “is hard to duplicate”

Offering the best price on the market, and

Sustaining your business while catapulting your brand into preeminence with the best Customer Experience.

And the entrepreneur/founder in name only who isn't willing to grind, shouldn't even entertain the idea of a startup venture. Because the passion you bring is THE competitive edge that will spell success or failure.

Be sure to checkout the Top Reasons Startups Fail. Proceed to Part 1 or proceed below. 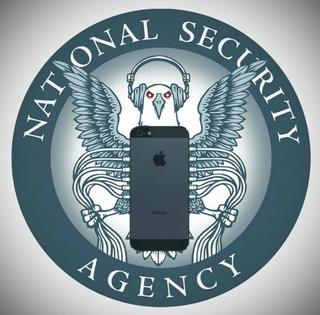