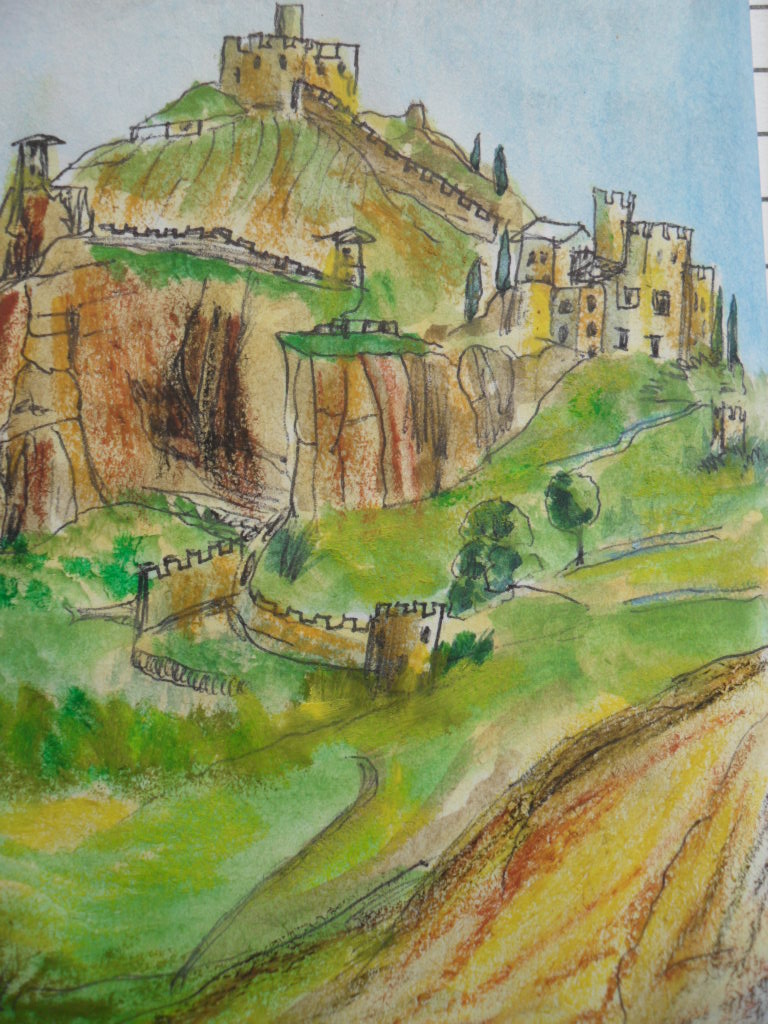 Sirmione is a small peninsula like a tongue into the blue Garda Lake, where the flowers grow in a rhapsody of colours, where the slopes are green with a majestic panorama of the Alps in the background.

Sirmione is the town where Catull (85-54 BC) lived and who has gone down in literature with these words: ‘Greetings to you, you beautiful Simione, rejoice over the return of your master.’ So runs the verse of Catull, who enjoyed living in the estate of his family. Although the famous Grotto of Catull, which  are the ruins of  a Roman villa, built on one of the hills of Sirmione, complete with a thermal bath, carrying his name, Catull never lived there. On the tip of the half-island thee’s a 70 degree hot sulphur bath, the medicinal properties of which was treasured by the Romans. Today, a small museum give us an idea of the former beauty of the thermal path. The oldest church of the place lies on the outskirts of the centre and is the San Pietro in Mavino.

One of the biggest attractions of Sirmione is the castle of Scaligero, a might fortification and the most beautiful Wasserburg in Upper Italy. (A historical picture of the Italian women of Sirmione doing their washing on the Garda  lakeside).

Mastino I della Scala ordered the huge fortification to be built in the 13th century. It was a symbol for the power, influence and wealth of the renowned family. There’s a 30m tower which presides over the labyrinth of rooms, water surrounding fortification the fortification, draw-bridges, slits for shooting the enemies, stairs and a commanding view of the lake, and the land-tongue. 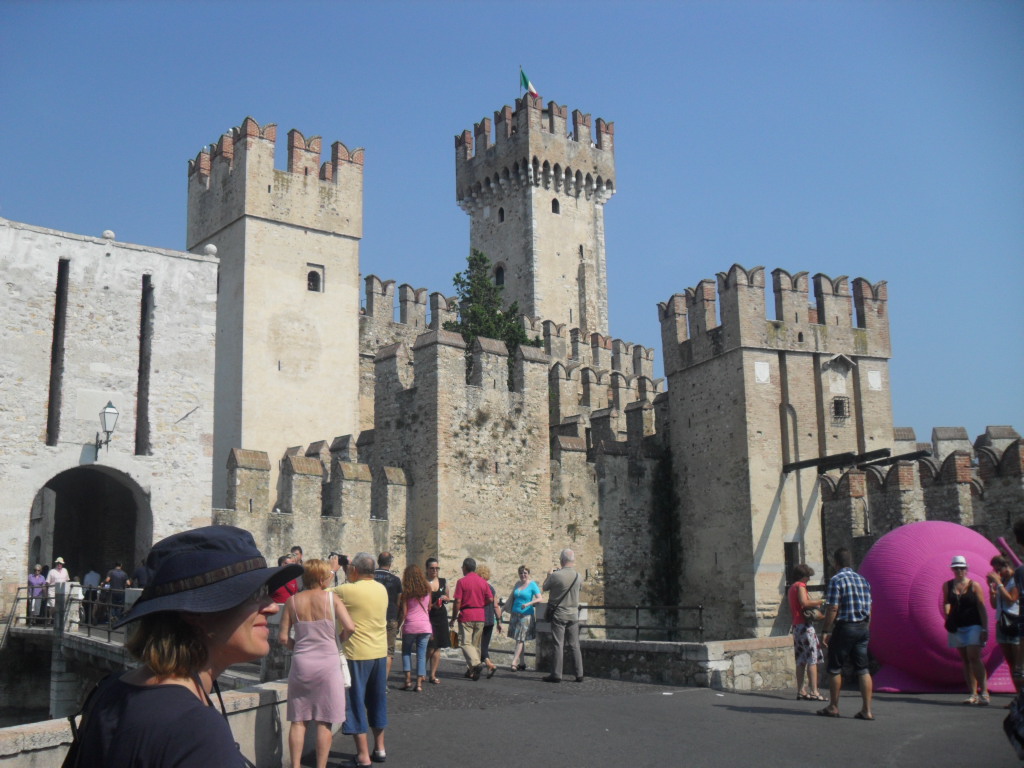 The arms of the Scaliger (‘scale’ means ladder) is depicted near the Venetian Markus Lion which hangs from the entrance to the fort. The heart of the lively town is the Piazza Carducci. Cars are banned here, except for expensive limousines of the well-to-do from Sirmione. There’s always an invasion of tourists who, like pilgrims, go up and down the small, narrow lanes. I love to sit in a café, sip an Italian espresso and watch humanity shuffle by, taking with them images of a medieval town, as they go unhurriedly along the via Vittorio Emanuele.

Sirmione, this beautiful peninsula, has a population of 5000 but during the tourist season it has to bear with over 10,000 visitors.