The 10th Pillar of Pragmatic Peace

If you lived in North Korea and wanted to send an important message of peace, create an uninterruptible message channel to South Korea, Japan; maybe the United States, how would you go about it?

And if you are an Indian or Pakistani and want to break the cycle, logic of suspicion and constant threat of war between the two nations, what creative things using the tools at your disposal, would you do?

Talk of a pre-emptive attack on Iranian nuclear facilities with or without U.S. backing and the possible nightmarish repercussions has gripped Israelis living in Israel for some time now just as the ongoing struggle with the Palestinians in particular and the Arab World in general. And in 2012, it crescendoed until Israeli graphic designer/teacher Ronny Edry (above) felt he had to do something.

It was a simple and quiet act of desperation. One that reinforces the core message in countless previous blogs (image right below). And it happens to be the breakthrough idea and simultaneously, The 10th Pillar of Pragmatic Peace: creatively invent positive doors (of, and for peace, progress and humanity) no matter how loud the noise, lonesome or unpopular your voice using any platform, soapbox or minimalist technology or tool at your disposal. And because consistently, you believe in the cause. Not for popularity. And importantly, collaborate. That's where Ronny Edry and like-minded global citizens' Peace Campaign Against Middle East War (whether one is talking about Palestine or Iran), comes in. 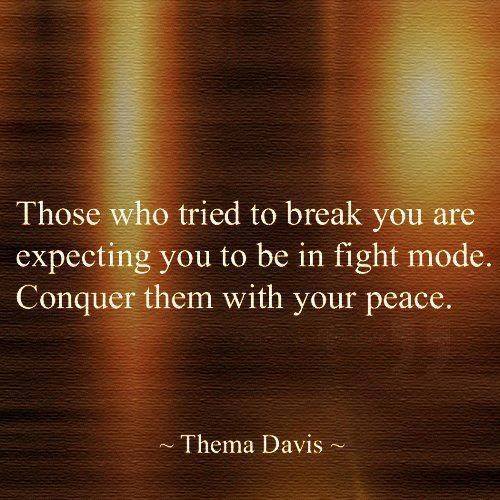 Two completely different Israeli visionaries to consider. Both in their forties. Both with a military background. Bear in mind though, and CNN's Samira Said is correct: “It is not possible to dial an Iranian number from an Israeli telephone. It will simply not go through. That lack of communication stems from the government level, where there is no dialogue between the two countries aside from public speeches meant to carry weighty threats of war to each camp”.

At the time of writing, the incumbent Leader of the right-wing Jewish Home Party “Brother” Naftali Bennett (seen below at the end of the blog) has emerged in the current Israeli election year as a bold thinker with provocative ideas including controversially, the annexation of the entire West Bank as he challenges Prime Minister Bibi Netanyahu. But as I argued in another blog and as George W. Bush taught Americans thanks to the costly Iraqi War, we must not forget “There's zero correlation between being the best [or loudest, most obnoxious or aggressive] talker and having the best ideas”. And Israelis appear to be watching cautiously, if not nervously.

Ronny Edry meanwhile, chose to build and invent a different doorway to peace and security using art. And whatever you think of its efficacy long-term, the result is self-evident.

I always take pains to affirm both to myself and other doers that nothing we do or design is meant to be abstract. We learned in 2012 that “an artist is someone who does emotional work”. We also learned in the same year in the Idea Diffusion/Design 360° Series blog that “Design is an opportunity to continue telling the story, not just to sum everything up” and precisely that, you see Ronny Edry demonstrate. Design is not an opportunity—as some with limited insight often erroneously rationalize—to score maximum popularity points by posting something. Anything.

That is not what the authenticity of Emotional Design, Art, Love, big ideas, the execution of breakthrough ideas, the implementation of big ideas and/or The War of Art is all about. And the story of Ronny Edry is a simple proof among billions of what I've been saying all along. In particular, regarding meaningful work/art using the resources and opportunities at one's disposal. And in general, the need for authenticity and action. Authenticity. Not popularity. Ideas. Not ego. Authentic artists or people online don't care what you think of their emotional labor, who comments, how many or what the herd thinks. The War of Art is never meant to be abstract.

Whether Palestinians deserve better than the sum total of factions comprising their leadership; Iranians deserve better than Mahmoud Ahmadinejad and the Grand Ayatollah Seyyed Ali Hosseini Khamenei, or Israelis deserve better than Benjamin Netanyahu, is an entirely different question. But one thing is for sure: each day offers a fresh chance for real, measurable, pragmatic peace. And nobody is too small or insignificant to chip in and chisel away using the tools at his or her disposal.

So join the Peace Campaign. Explore the 9th Pillar of Pragmatic Peace although Disruptive Innovation guru and Harvard Professor Clay Christensen makes a stronger case for minding our life choices. But wherever you find yourself in 2013 whether in Iran or Israel, the Middle East or elsewhere, choose wisely. Choose, foster and advocate pragmatic peace.

The 8 Pillars of Pragmatic Peace

Peace is not a wordy wish that dwells amidst the façade of politically, socially, personally, or religiously choreographed harmony. Apprehension of the human condition as well as the human connection, is paramount.

Underlying and overlying Peace, is an attitude of sustained accountability tapped from beneath the deepest aquifers of spiritual and sound moral bases assiduously watered by vigilant practitioners of Peace—be they at the United Nations, at sea, in the corps, on Social Media, on some desert, on the streets, or in the slums. For that reason, Gestalt philosophy is not an invitation to self-centeredness but rather a complement to Covey's maturity continuum.

Peace comes from the dignified conviction that good can, and must, for the betterment of the human condition, always overcome evil, — costly duplicity and human error included.

Peace is its own antithesis and a misnomer in that like the natural wonder of waterfalls and yet unlike meditation, its efficacy depends on ceaseless positive action rather than passivity. And realization of that perception, if accurate, is a minor victory over indifference and injustice anywhere, for happiness albeit interlinked with peace, is not relative.

Happiness is peace correctly understood. And the powerfully pragmatic and survivalist character such understanding instills is Nature’s best: heightened dignity and unwavering hope in the face of hardship.

Never entrust Peace and its furtherance to the lazy, pretentious, the anti-intellect, those unskilled in embracing inconvenient truths resorting instead to vendetta aimed at otherizing, self-justifying while aggressively recalibrating truths; certainly not the incompassionate for in the words of Susan Jacoby, “Rampant ignorance and a positive contempt for evidence exists” today, even in our wired world.

If compassion is truly the best idea humanity has ever had, then entrust Peace to those who have apprehended the essence of that thing we call the human condition. Those willing to do more than merely signing The Charter for Compassion, merely donating, merely adopting (infants and children abroad), or merely showing up at church services or charity events to feel good.

Peace needs enthusiastic partners and foot soldiers seeking to cherish the globe. Not the aloof peace offerings of inexperienced, pretentious, or privileged theorists, —well-meaning, albeit self-centered. Peace therefore, is not a word of convenience evoked for selfish ends, but the embodiment and substance of proof.

From France to Nigeria: 9 Pillars of Peace