Is this Normal life?

Husband said “let’s go into Braehead shopping centre and have a wee walk about” This basically means me and Ashley end up sweaty, tired and bored, breathing in itchy manufactured air conditioned breezes and we start picking fights with each other.

She laughs loudly and animatedly at dress’s I pick up. I think the style looks fine and then she snorts and gets husband involved “That’s a busy pattern Janey” They both snigger.

“That makes me think am on acid, put it down, dogs will bite you if you wear that” she giggles. Shop assistants hate Ashley as she picks outfits up holds them against her and sings songs like “Don’t stop me now” and dances about like a dick!

Then husband loves a good walk through a sports clothing shop, he doesn’t do sport but he likes bundles of cheap socks and likes to finger swim wear, men’s you understand, he isn’t into women’s costumes. He isn’t a freak. Ashley squeals with delight and tries on fifteen different pairs of trainers and tries to get her dad to buy her at least six pairs. She loves trainers. Husband isn’t given to panic buying so he will check the price of cheap socks then go to every other outlet on the mall to check their price of socks then go back and get the cheapest ones he found at the start. Then he stares at the cheap socks, you can see him pondering as if he is debating the meaning of life and then decides he doesn’t actually need socks.

That takes up some mall time. Husband also loves free stuff.
There is nobody in the world like him for ‘free stuff’ you know the platters in supermarkets and on counters throughout the mall?
He can happily unashamedly nibble cheese & crackers, drink tiny tots of Bailey’s Irish Cream, stand and wait for the woman to replenish the cookie tray and happily try a massage chair whilst he eats stuff he kept in his pockets from the cheese & cracker counter earlier. Not in the least bit embarrassed either. He has no shame at all inside his body, Ashley runs away from him when he does this. I just giggle and accept he likes free stuff.

The thing I hate about shopping centres is the sheer amount of screaming, weeping, frustrated and badly behaved kids. They scream and slide about the floors, and I have that awful feeling where I might get too angry and may grab other people’s annoying children and slap their legs. I would never do that and we all know you shouldn’t hit kids but at the shopping centre there are a few stupid parents I would happily do some jail time to drop kick. It’s never the kids it’s the daft parents who allow their kids to be pains in the ass that need disciplined.
I avoided the children, the stupid parents and headed to the books store, my favourite thing in the whole world. I love books. I could happily sit for hours in a book store making up a wish list of things to buy.

Ashley got some trainers, husband got some jogging bottoms and I got an itchy rash so we left. Husband decided we needed to go our local shop to get some milk- that was where things went really wrong. It was getting dark, Ashley had a horrible headache and I told her to stay in the car with me. I was in the back, I made her put her seat fully back onto my knees and I massaged her head.

I have decided to shout at people a lot in the street now I am fifty. It somehow feels the right thing to do. Husband came out of our local shop munching a donut “they have free ones on at the counter” he mumbled and happily drove off dreaming about cheap socks. 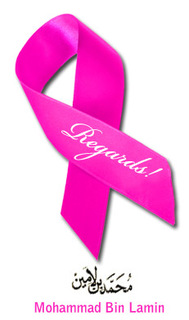 Comment by Abd El Ghani AZZI on January 31, 2011 at 3:13am
This is what I call I Dream life. A life where you can actually "Dream" of a better one! Otherwise those who "have it all" have nothing lift to dream about. Except may be the nightmares of losing it all!