In troubled times a business needs enduring values, the best talent and an ability to 'zoom out' and see past the chaos in front of it.

...In times of great duress, tumult, and uncertainty, you have to have moorings. Companies like P&G (PG, Fortune 500), GE (GE, Fortune 500), J&J (JNJ, Fortune 500), and IBM (IBM, Fortune 500) had an incredible fabric of values, of underlying ideals or principles that explained why it was important that they existed. One of the things that was very distinctive about P&G, for example, was that they said a customer will always be able to depend on the fact that a product is what we say it is - we will always build our reputation on quality. When they were under pressure to start cutting corners or use cheaper ingredients, they just didn't do that. What we have found is that what really matters is that you actually have core values - not what they are. The more challenged you are, the more you have to have your values. You need to preserve them consistently over time.

The other thing worth mentioning is that these companies, when they went through the Depression, really understood that it was the caliber of their people that would get them through.

If you go back in history, a few companies used difficult times to bolster their legions of talent. After World War II, all the government labs were shutting down, and engineers were streaming out. Hewlett-Packard was actually going through a layoff. But at the same time, Bill Hewlett 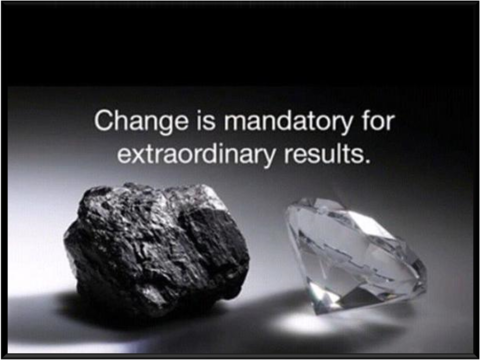 and Dave Packard said the greatest opportunity they ever got wasn't technology; it was the opportunity to hire those engineers.

At Boeing, after World War II, Boeing lost more than 90% of its revenue. You can't do much worse than that. But Boeing's Bill Allen zoomed out. He used it as a chance to say, "We can choose." He started taking the military technology and systematically applying the know-how to building the 707. He transferred that knowledge to prototyping and invested a large portion of Boeing's remaining net worth in commercial aircraft. Everyone thought he was crazy. But there was also a certain energy from that, the sense that they were all creating something together. Allen used a 20-year lens and said this would be the time to get into the Jet Age.

One of the big lessons we've learned is that turbulence is your friend. If you were disciplined and prepared before the storm came, you should be thankful for those times. Take Southwest Airlines. Think about the turbulence it has already experienced - interest rate changes, deregulation of the airline industry, fuel shocks, 9/11 - and still Southwest has learned how to be stronger than others. Southwest was once a startup company with cash-flow problems. Their famous 20-minute turnaround time came about because of cash constraints. They had fewer planes, but they could get them back in the air quicker. They used adversity to invent a discipline that they never lost.

Almost across the board, people are worried. As a rock climber, the one thing you learn is that those who panic, die on the mountain. You don't just sit on the mountain. You either go up or go down, but don't just sit and wait to get clobbered. If you go down and survive, you can come back another day. You have to ask the question, What can we do not just to survive but to turn this into a defining point in history?

Look at World War II, with the story of Churchill's 25 Royal Air Force squadrons. France was losing, and Churchill wanted to fight on, so he asked how many squadrons of Spitfires Britain needed to ensure its survival. The military said 25. So he set them aside. We need to set aside our 25 squadrons today, just as Intel got an equity investment from IBM in the mid-1980s when the semiconductor industry was in crisis. Churchill wasn't putting aside the 25 squadrons so he could sit still; he was doing it so that he could fight on. His goal was not to survive; it was to prevail.

I don't care how hard this period is. You have to have the combination of believing that you will prevail, that you will get out of this, but also not be the Pollyanna who ignores the brutal facts. You have to say that we will be in this for a long time and we will turn this into a defining event, a big catalyst to make ourselves a much stronger enterprise. Our characters are being forged in a burning, searing crucible.