Current Top 20 Most Influential in My Development (SP 1)

His Day is Done, But The Struggle Continues

In several iterations of the Leadership Series, we talked about the trappings of power.

Who could ever accuse Mandela of any insatiable hunger for power? Didn't he serve nearly 30 unjust years in prison under apartheid and yet, only one term as President?

Look at old Robert Mugabe next door. Look at the dangerous divisive partisan politics of contemporary America and never-ending power play. From Washington D.C. to Wall Street to lobbyists. Then look around you. In your organization, local church maybe; in your community. Online and off. Somewhere in the mix, there is cutthroat tactics and self-interest. Cutthroat politics having absolutely nothing to do with the business of the people, of service to humanity, of justice aimed at collectively improving the status quo. Indeed I have seen people holding on to Mandela quotes. From the ones on Justice issues to the one about Education seen in Dr. Maya Angelou's touching tribute (above). People known to shamelessly, openly practice indifference on a daily basis. A brand of power play aimed at quietly and openly undermining, dividing and conquering as played out throughout the apartheid era. And sadly, even today.

As T.S. Eliot right observed, “most of the trouble in this world is caused by people wanting to be important”.

Who could ever accuse Mandela of that? And as for Robert Mugabe, once he's gone, would the world and Zimbabwe miss him for not having the courage, consistency and humility to leave power to more capable hands decades ago when he had the chance?

I learned of Madiba's passing while still groggy and anesthetized following a medical procedure here in New York. As I looked into the very blurry distance in the medical unit where I was trying to shake off the effects of the anesthesia, a nurse getting off the phone said: “Mandela just died”. Suddenly, I was fully awake, interacting with her and the rest of the ward.

It pays to remember and appreciate that President Mandela's consistency was integral to a struggle (my struggle too) and its eventual fruition, —reasons for which he gained the world's admiration. And that we live in very ignorant times despite the abundance of information. That context is important. After all, Mandela struggled with “bitterness” over what his oppressors put him through. And there are so many confused minds, hearts, convictions albeit little courage. Courage to stand alone as Mandela often did, in the name of justice. So many have joined the '#Mandela's dead, let me post a blog or tweet and draw attention to myself bandwagon' when that's not what the man stood for. The same who would tell you shocking things like: “Respect is earned” while unapologetically trampling on the dignity of others, or applauding/encouraging the same. Turning a blind eye on blatant injustice, writing off the issue of poverty, prejudice, racism, etc. as “liberal Kool Aid” and so on.

At the time of writing, CNN in particular is, and has, for several days now, been running high quality, highly educative and in-depth coverage of Nelson Mandela. And no doubt on Twitter, Facebook and other Social Network sites and forum people, many are having their say. But the question is: How many on Social Media understand how much important Fair-mindedness and Accountability meant to Madiba?

Ask yourself, your loved ones or anyone who looks up to you: Who are your role models and why? Who mentors and/or inspires you to retrospect, self-examine? Who challenges you to overcome the Hitler or Taliban within; to transcend your inner caveman and unconditionally respect others' dignity, space, humanity, and right to a peaceable life? Watch him articulate his moral leadership values of Accountability to a captive audience in Australia.

Once you've watched and listened with the same attentiveness of the audience, and understood, you come away “humbled” by his moral leadership, struggle and convictions. “For nothing he achieved”, said President Obama at his memorial service, “was inevitable...Given the sweep of his life, the scope of his accomplishments, the adoration that he so rightly earned, it’s tempting I think to remember Nelson Mandela as an icon, smiling and serene, detached from the tawdry affairs of lesser men. But Madiba himself strongly resisted such a lifeless portrait.”

That is why this blog is a challenge to all who believe, rightly, that Respect is a Human Right. Mandela, as before, now officially belongs to the ages and angels. But the show must continue. The struggle must continue unabated. Yes, Madiba's “day is done”. But the struggle isn't.

With all the humility you can muster, teach those yet to morally mature just how morally ludicrous the proposition that “respect must be earned” is. How such mindset justifies unprovoked violence, indignity and bigotry of the type that robbed Mandela of nearly 30 years in prison; crime (whether hate crimes and unchecked bullying and harassment online), incivility and lack of compassion of the kind corrupting so many societies and online communities today.

If Nelson Mandela inspires you to stand up for freedom, justice, equality, dignity, accountability, hope, peace and progress, then good for you for you're part of the struggle. 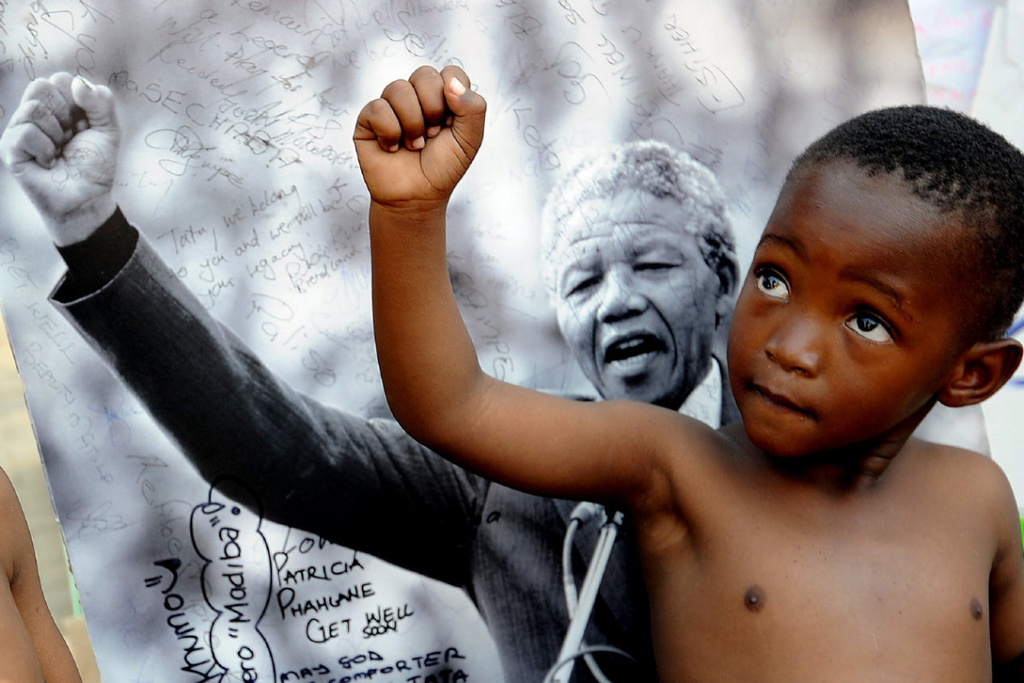