Current Top 20 Most Influential in My Development

I think South Africa is a great country. I don’t have an issue with serving in the military

we feel capable of doing, while others judge us by what we

have already done. You can't depend on your judgment

[or eyes] when your imagination is out of focus.r

With the above quoted worldview Elon Musk, my mentor and admired maven set out to grind, hustle and do whatever it'd take not merely to be at the cutting edge of technology but in his 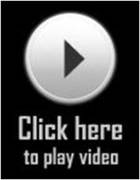 own words, "make things that change the world". In America, "where great things are possible".

Finding a big thinker with shamelessly clear priorities doesn't get any easier.

It is easy to learn about Elon Musk. The video (left), Wikipedia and Google are an excellent resource that complement this blog's focus on the Model S electric car. But far from being enamored by fame, it is the gravitas, work ethic and worldview of the man that inspires me.

There is a difference between wanting to be somewhere physically and arriving there with clarity of purpose, a zero comprise attitude set on achieving positive ends while others with mediocre minds and motives go through the motions, ridicule, or remain stuck both in reverse and on stupid, —unaware of their malady: gross ignorance.

Elon Musk's financial hardships didn't deter him from making his way from South Africa via Canada to Philadelphia , where I, too, earned one of my degrees, honed and built at least three different careers. I identify with him because it was in UPENN's hallways, computer labs, corridors, lecture rooms, libraries that I positively took advantage of unlocked computers, practiced while most slept and among other things, introspected, dreamed 'big-picture' dreams, and developed hands-on, that unshakable core belief system fueled in part by a wealth of experience that makes any negative personality I've met (on or offline), wither away like a puff of smoke, whatever their scheme. Elon Musk had, and continues to demonstrate a clarity of purpose, commitment to high standards of excellence and a zero-jerk policy/attitude that makes the phrase Identify High Quality People and Shun Small-mindedness alone self-explanatory. That is, where his staggering achievements have failed to capture the eye and imagination of the ignoramus, troll, poseur or complete nincompoop.

For example, long before anyone heard of the Tesla Roadster, Model S (featured throughout this blog) or SpaceX, his big picture dream after earning his BSc. and BA in Economics and Physics respectively at UPENN comprised reinventing the Internet, Clean Energy and Space. And precisely that, he has achieved.

As an automobile enthusiast, I am invigorated about the fact that while competitors played it safe and insisted on 'hybrid' technology, his brilliant insight took the electric car phantom and converted that into the first commercially viable production line of vehicles. Such is the mental fortitude of the doer: he/she spends his time creating, innovating, reinventing, setting trends, raising the bar and often is consistently ahead.

When I wake up, I have a choice.

I can lift myself up (however bad my situation or 'the human condition' is) by fighting inertia, mediocrity, idiocy, ignorance, prejudice and wasteful error through a simple remembrance of what excellence looks like. I can target the needy and positively work or help them where I can, enriching myself unawares in the process. I can insist on, and BE an exemplar of healthy, quality human relations with women and men who use their brains, have values, and insist on high standards.

Alternatively, I can foolishly view social network sites as a huge popularity contest where I need to take other people's original ideas, work, or presentations, learn from them and in then as is only characteristic of both the ingrate and uncouth behave like a swine, mocking them and hoping to gain popularity out of such fools' errands.

Furthermore, I can be the bum, trolling, enjoying, or generating rancor while feigning work (and collecting money); feigning, maturity, authenticity, or intelligence while in the process allowing myself to be duped by like-minded people thinking I somehow have something positive to contribute. But guess what: Fortunately, I know better.

In a world where average and pettiness is increasingly the norm, people like to pick on the Elon Musk(s) of the world. Take for instance, Sarah Jeong noticing — rightly or wrongly — that Elon Musk Follows Zero Women On Twitter. Just teasing?

Maybe. But all great spirits (entrepreneurs or not) have progressive minds and great foresight, and are driven by their vision and quick learning acumen rather than distraction. This, for them, is doing right. And as Maya Angelou reminds us: When you know better, you do better.

So, go do your part. Challenge and inspire others to do right, like Elon Musk. But first, finish below.