A Safari of the 'Human Connection'

▼From Africa to Japan: What is Ubuntu?▼

How, amid Japan's worst natural disaster in 100 years, can the Japanese seem so calm?

...the answer comes down to national character, says Temple University's Jeffrey Kingston. Kingston is a scholar of Japan and has lived in the country since 1987. Kingston calls the behavior of the Japanese "remarkable but not surprising."

"The Japanese, from a young age, are socialized to put group interest ahead of individual interest. Many criticize them for deference to authority, abundant rules and conformity, but this is the fabric of social cohesion that keeps Japan together"...Kingston said...Japan has been struck by disaster since its creation, and it's accustomed to dealing with disaster. The survival strategy, argues Kingston, has been to rely on the group.

Food and water are both scarce. Electricity in the tsunami zone is nearly nonexistent. Survivors have lacked information about their missing loved ones. But unlike other disasters where the world has observed looting, rioting and public outbursts of sorrow and rage, it has seen a country quietly mourning, its people standing patiently for hours in orderly lines for a few bottles of water. This is surprising only if you've never lived here or experienced how Japan's society operates.

Across Sendai's tsunami zone, both in the areas devastated and in the neighboring regions, you can see that Japan's societal mores have failed to break down, even if the tsunami destroyed the physical structure of this coastal community.

At stores across the city, long, straight lines of Japanese tsunami victims have been waiting for rations in the city. No one is directing these lines; they're organized by the people themselves.

At the front, which takes hours to get to in some cases, shoppers are limited to 10 food or beverage items. No complaints, no cheating.

No one should complain, says Mitsugu Miyagi, standing in line at a store with his infant, 6-year-old and wife, Maki. When asked what happens if the city does run out of bottled water supplies, Maki states simply, "What can we do?" When it comes to relief, volunteer agencies and impromptu community groups have organized shelters and food distribution. At the Monterey Hotel in Sendai, two chefs dressed in their signature hats from the hotel restaurant spooned out hot soup for breakfast. All passers-by were invited to eat. For many, it was their first hot soup since the tsunami.

But what's notable is that the people who lined up for the soup took only one cup. They didn't get back in line for a second cup; that wouldn't be fair. Even among the newly homeless from the tsunami, there is a sense of civility and community that creates pause among international onlookers.

Shichigo Elementary School in Sendai is now home to hundreds of tsunami victims. In a third-floor classroom, families have self-organized themselves on cardboard boxes and blankets. No one family has a larger space than the other, just as you see at any average family festival. Shoes are not allowed on the blankets in order to maintain sanitary conditions. Food is shared as equally as possible, even if one person eats or drinks a little less in order for everyone to have some sustenance. Voices, other than the laughter or cries of children, remain subdued and calm.

Japan's Emperor Akihito, in an unprecedented address to his citizens, pointed out that..."world leaders also say their citizens are impressed with how calm the Japanese people have remained, how they are helping each other and how organized they are. I think it is important that we share the difficult days and overcome this disaster," the emperor said.

Sometimes, to foreigners, Japan's societal rules seems orderly and conformist to a fault. But no one can argue that in this disaster it is a tremendous benefit. I only need to think about my own home country dealing with triple disasters in the space of a few days to understand how Japan's society has characteristics that simply don't exist in any other large country.

It would be a mistake, however, to say the self-control of the Japanese means they are stoic in the face of this historic disaster.

Mari Sato is hurting, but as a Japanese woman, she is doing her best to be reserved and dignified, prized by society as admirable qualities. [See videos with the heading "Calm Assertive Energy", such as this one, for additional perspective].

Sato lived about two miles from the Sendai shore in a house neighbors easily recognized because of its signature pink roof. Three days after the tsunami, the newspaper ran before-and-after satellite images of her Sendai neighborhood. In the after picture, she says, there's only crushed brown rubble. "The pink roof," Sato said, and began to quietly cry. Sato shook her head as she pointed to the bare section in the picture. "I never imagined a tsunami could do this."

Sato's tears fell down her face, dropping onto the newspaper revealing the devastation to her home. Sato apologized for her emotional display.

The Japanese victim hurts like any disaster victim in the world, but as she or he has been raised prefers to mourn as quietly and privately as possible.

Truth brings the elements of liberty...Practice. Not profession. Understanding. Not belief.

Truth is always the victor...Each of us is great insofar as we perceive and act on

the infinite possibilities which lie undiscovered and unrecognized about us.

Ubuntu is nothing less than compassion brought into colorful practice. 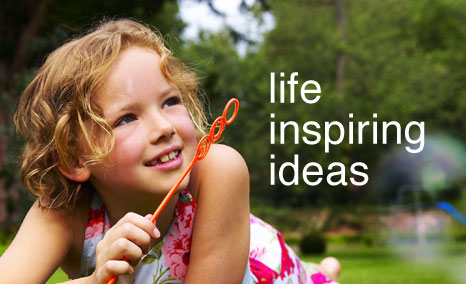