Crossing the Sky to the Future (Satis Shroff, Freiburg) 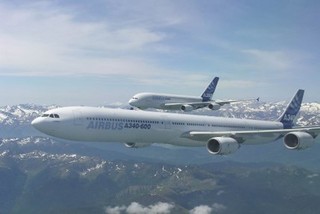 CROSSING THE SKY TO THE FUTURE (Satis Shroff, Freiburg)

If Boeing wants to establish itself and sell more jets in Europe and sell more of their products, it would be advised to use ecological compatible ideas in the manufacture of aerospace technology. It is a fact that the Airbus industry buys a lot of landing-gears, engines, electronics, parts for interiors from the USA. But there are handicaps too. The long distance to the USA from Europe is a problem for development engineers, and it is more convenient to work with fellow Europeans from the European Union to produce products and develop common strategies. In the case of Piatti and Dolder we have an Italo-Dutch team working in Germany with German precision workers, or Fachleaute, as we say in Germany.

Piatti gathered his experience working with a US company in Verese (Italy) as a sales manager. The private owner of the American company founded a new company. Mr.Piatti, who wears thin glasses with greying hair on the sides of his proud Roman head and drives a black BMW said, 'I was offered the opportunity to sell American aeronautical products. 'However, there was a litigation between the two companies, and as a result one of them decided to sell back to the other.'

The US holding offered Piatti to go and work in Germany's Bad Bellingen as a sales marketing executive for the whole of Europe, for they wanted to develop the aircraft market in Europe. He said, 'They asked me to help them expand into the European aviation market.'

Erik van den Dolder, a blond with a receeding forehead likes to attend the Airbus-meetings in his Harley Davidson, and speaks English and German with a soft Dutch accent, said that he was working with Samuel in the same US firm and both were unhappy about the US products because they were old, not innovative, despite the fact that there was a big European market out there, waiting to be conquered.

The attitude of the US firm seemed to be: what's good for the USA is also good for Europe. Which isn't at all. Europe is more technically advanced, seeks customised solutions, makes sophisticated products for their passengers and searches for new ideas. Says Piatti, 'As an example, when you go to Boeing, they always sell the same products. In Europe the people ask for environment-friendly aircraft. In the US chemical industry they still use steel that is coated with cadmium, which is known to be hazardous to the environment.'

In this context Boing would be perhaps well-advised to seek environment-friendly solutions like its concurrence in Europe.

Take the Airbus A 380 with its four engines, with two elevators on board, is for instance, a new, sophisticated product. Boing also came up with its Dreamliner which has two engines. In the meantime, Airbus has developed another aircraft, which is a smaller Airbus-version to compete with Boeing's dreamliner. The competition goes on.

The Italo-Dutch duo took over where the US-aeronautical firm ceased to develop its markets with new ideas. General Aerospace wants to „cross the line to the future“ and has been delivering parts to: Pilatus (Switzerland), Airbus, Diamond (Canada) and its strength is in commercial aviation, space and defence. Armed with a quality approval from Airbus called EN9100, they produce the landing gear, electro hydraulic activator (EHA), landing 'shimmy dampers', Browning M2-M3 gun recoil buffers, FN-Herstal minimi gun recoil buffers, aluminium chrome-plated hand-railings for use in executive aircraft, electro-chronic windows, activaros for lavatory lids and seats, VIP bathrooms for private jets, hinges and dampers for overhead compartments for the convenience of air-travellers.

I asked Samuel Piatti what the strong points of General Aerospace were, and he replied, 'We create customised products. We have environmental conscious manufacturing processes and products and we provide fast development with quality. We also have lighter products with lower emission, which help to reduce air pollution.'

Eric van den Dolder had been working for fifteen years with the former Fokker Space, now Dutch Space. Dolder said, 'Fokker had very good products but they went bankrupt in 1990. In June 2000 I got a new job with a US company 'cos I was looking for a new challenge in commercial manufacturing. I just wasn't satisfied with the US-firm and founded a new one with Samual.'

Eric visits his family in Amsterdam once a month and said laconically: 'When you leave your roots, you'll know who your friends are, because only good friends visit you.'

Just two friends had visited him in Eschbach, South-West Germany, even though the Black Forest is so lovely.

I asked Samuel a last question regarding the buraucracy in Italy and Germany and he said: 'I find German buraucracy rather progressive, but you have to give more information about your business plans, growth rate of your firm and your previous background. The financial support from the German bank was good but you have to impress them with your arguments and credentials and manufacturing know-how. In Italy it's more on a personal and family business, whereas and in Germany it's on a fair basis.'