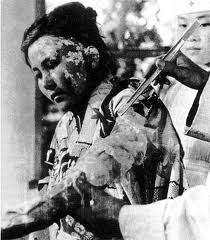 In episode 77 of Janey Godley's podcast the mother and daughter comedy twosome discuss their favourite things of 2011. Janey tells us her favourite moments in comedy, music and books and Ashley reveals her top movies, TV shows and music.

Ashley debates a suicide issue that was in the news and recalls her experience with a stalker. Janey gives us the rundown of her night…

Recent years showed an increase in the number of business and academic publication that observe art from a market-financial perspective.

Record transactions achieved in auctions, continued market growth along with new market evolvements contributed to the rise in the interest of art as an investment asset. 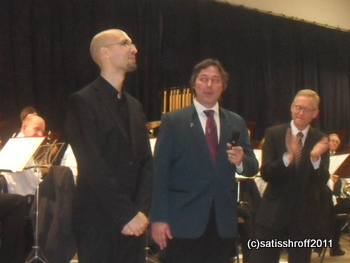 This year’s Christmas Concert in Kappel’s Festhalle began at 8pm with a song from Spain sung by the MGV-Kappel with the title ‘A la nanita nana,’ with Johannes Söllner as its conductor, a serious-looking young man with a…

Angel on the Threshold

Writings from the murderers guild.

If you would like to read my sayings fallow the link.dgpearson75.wordpress.com 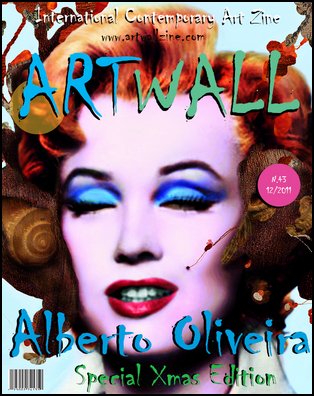 TO BUY THE PRINTED COPIE GO TO…

RE: The Wealthiest Snowbird Community For Artist Gigalo's

TELLURIDE, COLORADO
Our Lives are intertwined forever in the solid documentation of “ART”, created by means of support of a wealthy community, that entertains idea's of slavery. I Know because I was one. The towns daughter visited New Orleans during Jazz Fest and My Bar, “TREME” was just discovered by the I.R.S. As being Illegal, unlawful, den of inequity, located in the old Story-ville section of town also known as Treme. I rented an empty duplex for a few hundred because it was…

Wishing you all a Merry Christmas & Happy New Year Curating Consciousness—Hello! Anybody out there?

Typically when I start talking to folks about 3rd, 4th, or 5th Orders of Consciousness, well, there isn't much of a shared conversation going on.  The one curator that I thought I would begin working more closely with is now off in the Berkshires.  One artist friend who has received a lot of attention lately (…

Mercado--- Were are here

Night and the moonless Sun

A Form of less  of much more\

A desert of milk weed

Frost made from sweet beads

There a place of no voice

This is a place where Artist are born

Light Space & Time Online Art Gallery announces an “All Women” Juried Art Competition for the month of January 2012.  The gallery urges all 2D (women only) artists to submit their best art for inclusion into the gallery’s February 2012 online group exhibition.

Travel with my Bag

I was in London recently and just love getting time with my pals and catching up. Also getting the chance to do The Set List show at Soho theatre was just absolutely amazing. It’s a show where the minute you step onstage you are handed a piece of paper that tells you the subjects your gig will be based on. It’s a bit like jumping off a cliff naked in front of the people you desperately want to impress and have your period at the exact moment you bend your knees to leap off the edge.…

In episode 75 of Janey Godley’s podcast the mother and daughter comedy duo discuss feminism, Russian boats and Ashley’s penchant for having sex in cars.

Janey debates the local news in Scotland about a man who threw another off a train and Ashley talks about her late Uncle from the Isle of Rothesay and his recent death. There are some fun weird facts, podcast questions from…

In episode 74 of Janey Godley’s podcast the outspoken mother and daughter comedy duo get down and dirty with the C word. Janey explains how a Scottish charity bullied her online and her dismay at local Muslim’s calling for a ban on same sex marriage.

Ashley has a plethora of funny, factual and fantastic facts and Janey gets angry at the fact Edinburgh Zoo has acquired two rare panda’s when…