50/50 is a benefit, curated exhibition and silent auction featuring works by over 35 artists. The bids start at the ticket price and all proceeds above that are split 50/50 with participating artists. Funds go to support artists and programs at BAG that provide opportunities for artists, such as our single parent artist and recent graduate residencies, artist talks, workshops, and gallery space for guest curators.

Just 50 tickets are available for purchase. The reception is…


Have you ever woke up at 4am and realised your skin is swelling up? No? Good on you, coz that’s how I woke up early this morning. Seems prawns really hate me and every time I eat one they squirt some liquid into my blood stream that am allergic to. I know you are thinking, why eat them if you have an allergy to them, but it’s doesn’t happen everytime. It like playing Russian roulette stir fry, but it happens so infrequent I thought I could get away with it. AND it isn’t always prawns! I… Continue

In episode 68 of Janey Godley’s podcast the gabby mother and daughter get to grips with a comedy re- enactment of the famous British Movie Brief Encounter. Ashley gives us some funny facts from around the globe, including a man who had sex with a donkey. Please join us at The Brooklyn Artists Gym for our monthly open critique on November 6th at 5pm. Serious artists are invited to bring art, ideas, and refreshments. We are located at 168 7th St. between 2nd and 3rd ave, in Brooklyn,…

Compelling works of art have often been produced by the meeting of two creative minds, or as a result of one artist’s exposure to the work of another. Historically, schools of art were a breeding ground for new ideas, where artists could learn from their masters and grow from one another, bringing the large world in a little closer. To share images and ideas over distances was difficult, but expected as part of one’s training. It was simply a stepping stone to individual…
Continue

Please check this out and spread word! 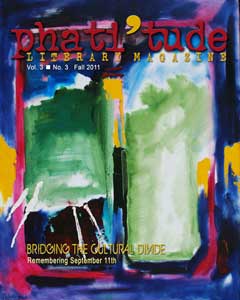 2011 Hot Summer Is Over; Yet Not at Jean Fares Couture!

"I do not live Fashion. Fashion lives in me", says Fares. 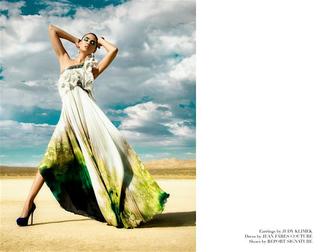 Brooklyn Artists Gym is pleased to announce an artist talk with Allison Maletz, a watercolor painter who has participated in the Liverpool Biennial, New Contemporaries UK, Zoo Art Italy, The Royal Watercolor Society in London, and the Moscow Biennale for Young Artists at the MMoMA.

Allison Maletz is a contemporary mixed media artist. She received her BFA from the Rhode Island School of Design and her MFA from the Slade School of Fine Art, UCL. Maletz began as a documentary…

Brooklyn Artists Gym is pleased to announce an artist talk with South African Lynette Bester, a sculpture finalist for the Celeste Award, who is also showing at Invisible Dog Gallery in Brooklyn, November 11th-13th.

Bester explores the materiality, meaning and gathering of found objects and alters them through amputation, arrangement, and binding, reinventing them as sculpture. Subjecting the object to process changes meaning, not only… YOU ARE INVITED! THE 22 MAGAZINE PRESENTS: FEARFUL SYMMETRY

The 22 Magazine is pleased to announce, "Fearful Symmetry" on October 27th at … Light Space & Time Online Art Gallery announces a Juried Art Competition for the month of November with the theme “Countryside”. A Group exhibition of the top ten finalists will be held online at the Light Space & Time Art Gallery for the month of December 2011. The theme is the Countryside and the gallery wants all 2D artists to send us your best interpretation of the… Continue

i have trouble understanding myself

In episode 67 of Janey Godley’s Podcast the chatty comedy duo get their teeth into some heavy subjects. Ricky Gervais and his controversial use of a word get a going over and the ensuing debate and fall out of the issue in the press this week are discussed.