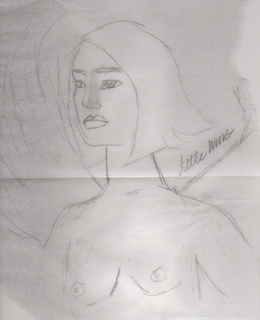 I should be in bed but I am not. I should be asleep but I am not. I can't sketch to relieve my self, the same thing keeps coming out, adding to the lack of sleep. It's like a piece of tape stuck in my mind. Pull it off, scratch it off. Once again I find myself here. Again here. Why here? I'm living in circles the paths keep over-laping.

I get no resolution. Music is the only thing that has been keeping me. Just slightly. I am considering getting back to art work, I shouldn't.… Continue

What a weekend... I saw 3 musical acts. Drank copiously with dear friends and made a best friend cry.

First thing, an addendum,
I was asked why do I keep a blog. Here is a soft baked answer, but harder than before. First it was meant as a scratch pad for me of sorts, mostly for my art. But then music invades, and then the neurotic rants... it was meant to be on the surface, but things complicate. I complicate. I am an onion baby-- as you… Continue

Rosi it was wonderful to stay up super late last night listening and feeling music.

thanks for the lurves and emails. i'm fine, just getting back on track with freelance and other things... haven't forgotten my peeps. thanks for all the emails. and i know you want more music... paciencia grasshoppers.

word of the day: rant

Hello World! Finally getting around to this... been busy painting & getting ready for my first gallery show & auction this week.

Some things just change your life...

Watch it, it will change you.

Download design xmas card front etsy.jpg So I know we haven't even reached Halloween.....but I wanted to post my holiday card design and get some opinions. What do you think? 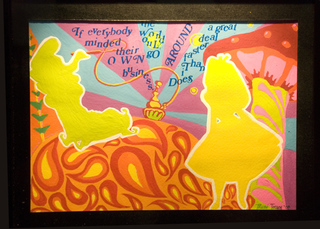 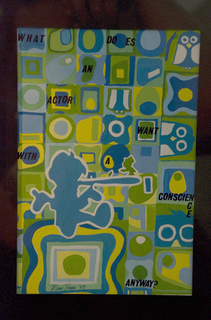 some of my works from my recent group exhibit. you can check out other photos at… Continue

An Opening + A Few Open Calls


The song of the angels in the morning is far sweeter since you have joined them.

to all my new homies out there,
i've met so many new great inovative artists lately on this site. so many disciplines, so varied and oh so fresh. lot of great thinkers out there.
in the spirit of sharing, i'd like to announce the addition of the photos from my public work "Labor Day 2003".
unfortunately, i loaded them frontwards so they appear last image first. what can i say, i'm brilliant not smart.
in any event, the piece is 55 inches high and 165 feet long. it has 36… Continue