Album of the Day: Progression, by DXA I’ve been DXArmy for about 5 years, since the day I met Calamity on the UWS. These guys exactly what the NYC/global creative scene (music, hip hop & beyond) needs. You’d have to chill with them to realize how authentic they are as individuals, partners, and friends. Whether they’re tagging walls or writing pages, their productions come from the heart. You can’t fake what they have going on, because it’s 100% organic self-expression, grown in the… Continue

What i am working on.. 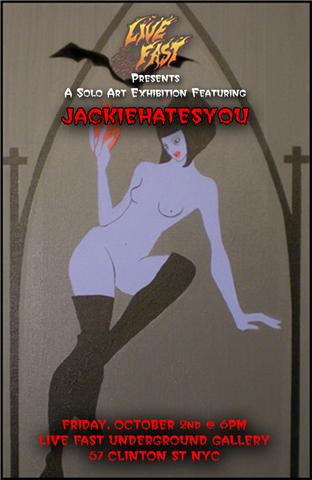 Jackiehatesyou is the label behind the gothic art, poetry and jewelry designed and produced by Jackie Rivera. Jackie grew up watching horror movies in the Bronx where she never fit in and turned her depression, angst and love for horror into the dark poetry that everyone who reads it loves. Her poems are all about suicide and depression. They are short and to the point. She likes to think she writes poems for people who hate to read poetry. There is… Continue

Do you want to know the secret of how top-quality graphic designers design logos? This article will disclose exactly how top-notch logo designers of today’s contemporary age design their logos. It will show the design route that these designers undergo to get to their final logo design.

Just as a reminder my opening reception is coming up next Thursday, October 8th, between 6-8pm at Rogue Space 526 West 26th Street, Gallery 9E, and the show will run to October 11th at regular gallery hours 9-6pm.

Hope to see everyone there,

This was forwarded to me yesterday, and I thought I would share this with all of my friends since most of you have a website of your own. This is the top magazine for people with a website, and they are giving away subscriptions to boost their readership. The free subscription is the one on the right side of the web page below:

Feel free to pass it along to your friends… Continue A Book About Death, a project launched in March, opened on September 10, 2009 at The Emily Harvey Foundation Gallery, 537 Broadway, NYC, NY 10012.   http://abookaboutdeath.blogspot.com/   More than 1000 people attend the exhibition opening night, with a 500-person line waiting an hour to get in; a live web cast showed the happenings in the gallery to a worldwide audience of about 2000 from Beijing to Boston. Why the interest? Because the… Continue 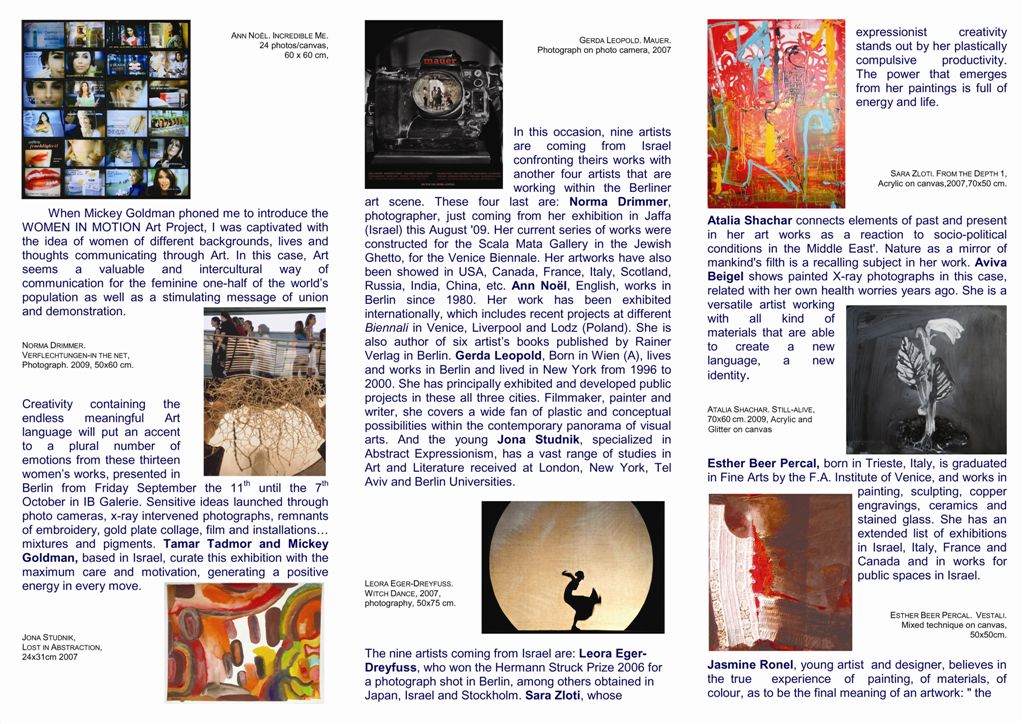 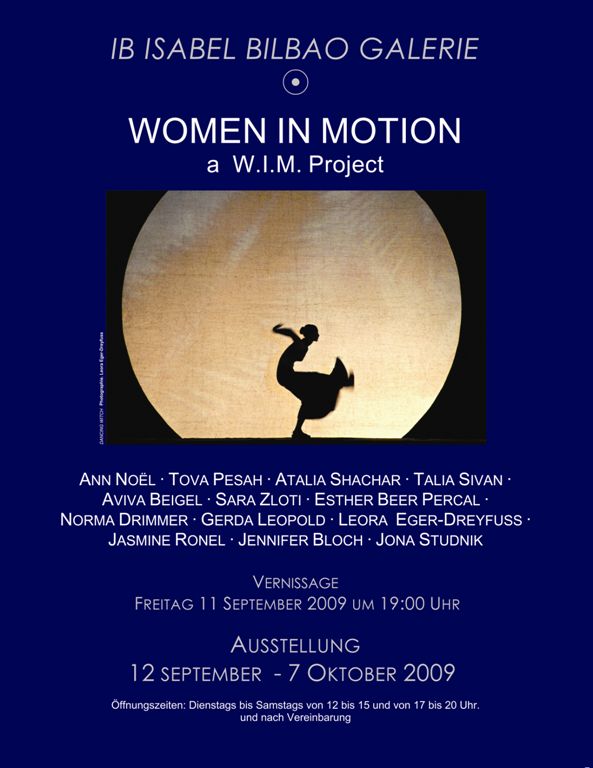 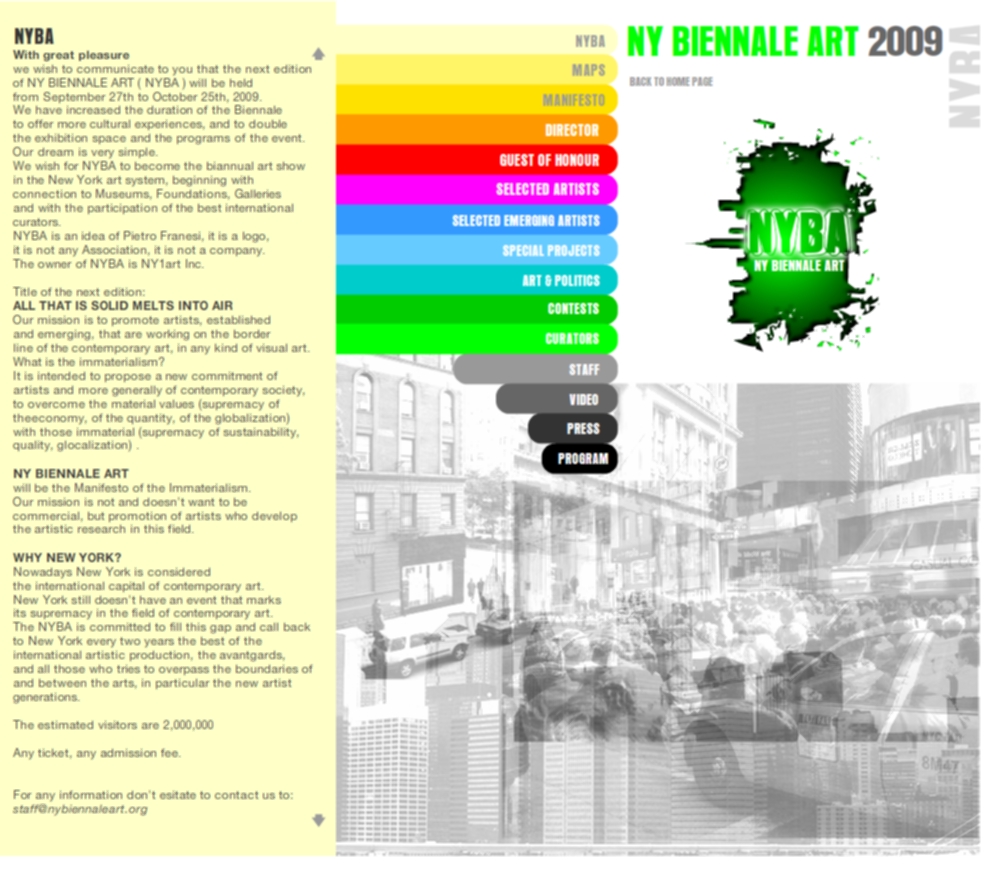 Brooklyn Art Project (FriendFeed / Twitter) is a free online social network that connects 5500+ artists, collectors, and art enthusiasts from over 44 countries featuring over 44,000 artworks and 800+ short films and videos.

Members can participate in collaborative exhibits in Brooklyn and beyond while enjoying unlimited online gallery space,… Actually these are photography disguised as paintings. I have always wanted to paint but I lack the drawing skills so I try my best to create what I wish to do through the lens of my camera.…

How to Live Fast in NYC A recent walk around the Lower East Side led us to discover a great new shop with a flaming entrance called LIVE FAST NYC and met punky-cool owner Cecilia Anton who welcomed us with zombified Michael Jackson graphic tees and others with perfectly gritty Brooklyn imagery.

Next time you're in the LES, definitely drop by the shop and explore the basement gallery with its guardian, a… Continue Freedom to create any field, gives us unlimited possibilities.

Meet Barbara Listenik at the closing of her art show at the Tea Lounge, 254 Court St
btwn Kane and Butler Sts. Sept 25 from 6:30-9:00 PM. This Tea Lounge is closing in October.