HEARD BELOW A GRADUAL FLOW

WHAT MERCY IS FOUND IN VEIN PROMISES

A GRADUAL MOMENT TRIGERS  THE FALL

A SCENE BLOODY WITH WARS BLACK AS COAL

In episode 60 of Janey Godley’s podcast the chatty duo take on Wotton Bassett and their thoughts on grief tourism; they debate the real issues behind propaganda and the war. Ashley gives us some creepy real life facts of strange couples and Janey name drops Bill Murray and explains her special dance moves.

and that God was real but not Unicorns

war was real but not Unicorns

Rape was real but not Unicorns

Murder was real but nOt Unicorns

Sexual abuse was real but not…

Sandy Litchfield conflates imagery of urban scenery with natural landscapes, working with cutouts and collaged compositions to supplement her paintings. Sandy has an MFA from the University of Massachusetts and is an alumnus of the Skowhegan residency program. She divides her time between NYC and Massachusetts.

Info as well at http://ny.galeriazero.info * As many artists are on holiday and others preparing their works, the

info about the works is not yet available. Hope to send this all soon.

With this exhibition we propose a meeting of artists from different origin and a meeting specially with the public of New York. We have made a selection out of many…

Daily Keemo. 8.30. Four Thoughts While Lying On The Floor

Four Thoughts While Lying On The Floor
Click To View Details

SUGAR brings together various artists dealing with both the literal and figurative implications of the idea of sweetness: its potential for pure goodness, a saccharine cloying, or insidious evil.  Each work in SUGAR manifests a variously shifting dialectic between the sweet and the rotten. … Just back from London and I have to say I love the Soho Theatre more than ever, now it has moved downstairs to the cabaret space. I did miss Edinburgh Fringe which I unexpectedly fell in love with all over again by NOT doing a one woman show. I am sure I have bored you all about my happy time at Edinburgh.

London was buzzing last week and I did miss all my comedy buddies and the vibe of the fringe, but I do also adore Soho and its unique blend of madness. I saw my favourite…

In the heart of Beirut, "Chance"... for Change... for Hope!
It was Jean Fares Couture "White Soul" gown, worn by the celebrity Paris Hilton in Cannes, at "Chance", Beirut. An event dedicated to support Children with Cancer and to help them continue their treatment with a smile! Committed to its Corporate Social…

CAN TRUTH BEEN SEEN ON A SIMPLE PHRASE

WHAT ARGUMENTS ARE DISCUSSED IN THE MELODIES OF MEN

IS THERE A POSSIBLE APPEARANCE  THAT URGES THE STARS TO DEVOTE…

Where have I been?

Yep, been about a month since I blogged and am blaming the Edinburgh fringe. I know! I didn’t even do a show this year, for the first time since 2002 I never actually put on a comedy show, I merely hung out and boy was I surprised. Firstly, I never realised how many people I dislike and can avoid easily and cannot believe how many people I now love and made new friends with. I had more productive meetings, castings and gigs NOT doing a fringe!

I got to hang out with Steve O…

Proceeds of any given piece exceeding the 100 dollars will be split 50/50 between the artist and B.A.G. to be used in the upgrading of our facilities, hosting community programs and lectures, and offering discounted studio space to artists in our residency programs.

If you are interested in donating your artwork, please email up to three images of your artwork to:…

In episode 59 of Janey Godley’s Podcast the Mother is away so the daughter can play. While Janey performs at the Soho theatre in London Ashley introduces two of her best friends, Victoria and Bobby, to Podcasting and what ensues is probably one of the most disgusting moments in this podcast’s history.

Urban legends are dissected while the possibility of mind reading through… 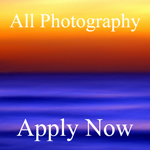 Light Space & Time Online Art Gallery announces a Juried Competition with an “All Photography” theme for the Month of September 2011. All photographers from around the world are called upon to make online submissions with the winners being included in the gallery’s October 2011 online art group exhibition. Light Space & Time encourages entries from all photographers… Continue The Intersection Of Then And Now. A Series. #5

This is the fifth painting in a new series that resurrects forgotten, old photos and brings them back to life with painting. These photos are of complete strangers…

Zeitgeistlyrik: The Führer of the Mind (Satis Shroff)

This is a triology of poems on the German philosopher Martin Heidegger from Meßkirch who was the Rector of the University of Freiburg during the Third Reich but was lated rehabilitated.Satish Shroff brings to you his thoughts during these historical days in his three poems..

Brooklyn, NY, [8/18] – You’ve just graduated from art school.  You have your degree.  Now you want to get your work shown in a gallery.  Here is your chance.

BAG is looking for art school grads and giving them a chance to show their work in our gallery space, along with our recent graduate residents.  Applications are now being accepted until November 14th.  The show will be up December 17th, 2011 through January 3rd 2012, as a way…

The Intersection Of Then And Now. A Series. #4

This is the fourth painting in a new series that resurrects forgotten, old photos and brings them back to life with painting. These photos are of complete strangers…