In episode 102 of Janey Godley’s podcast the mother and daughter comedy duo talk about their efforts to raise donations for the bandwidth.

Janey explains her latest twitter story which happened live on a train, Ashley tells us more about Terence the Man Pillow and the regular slot of weird wonderful news is featured. Eastern European…

searching for possibilities to show my artworks and those of a friend of mine in NY...Serious art, photography and painting and sculpture about man and its fragilite... coulkd send portfolio. Please give me your experiences and locations you could recommend. Many many thanks.Friederike.

Richard Ramsay is the star of the eighteenth episode of The Threshold Series, the concluding chapter of « 2206 : Window Onto A New World. »

We find the veteran politician staring outwards from a window of the sky lounge of his private yacht, musing about the weather, while on a visit…

In episode 101 of Janey Godley’s podcast the gabby duo get angry and shouty about the recent tax evasion of a top comedian and a pop star.

Janey talks about the UK poverty levels and how her daughter bull whipped her with a tea towel and Ashley gives us her weird and wonderful facts. Ashley does her song and the Bold Alec gets a shout out. The bawdy twosome get down and dirty…

You can guarantee a few things in my life, one is my ears will hurt and the other is I will get abused online.

So I woke up Saturday morning with the usual leaky sore itchy ears and spent the day dosed up with painkillers. There is nothing can be done about my ears, they keep being leaky and wet, and specialists don’t know what to do.

I had an extraordinary posting on my facebook wall from a relative of my husband, not only did they accuse me of organising a ‘hit’ on a brother in law with his own fathers money but they reminded me that I have a bucket mouth and change in toilets in pubs to go onstage.

A few things need corrected here, firstly I have no idea about the ‘hit’ and secondly (this irks me more) I don’t change to go onstage- do people from my past believe I wear a leotard onstage? If so,…

Asking For A Miracle (revisited - with poetry)

(« The Miraculous Draft of Fishes » - Artist Unknown - photography by TTaylor)

« Asking For A Miracle » is a short instrumental arranged for acoustic instruments, and written in a time of…

My blog is my way of speaking

I have neglected my blog, after years of consistency and years of cataloguing every dull event in my life, along came twitter and our podcast and bang went the blog.

Well, it’s back, I love being able to look back and see what I was doing in 2004 on a rainy Wednesday- wouldn’t you? Fuck yea!

Am 51 years old and a stand up comic, women my age (according to some folk) shouldn’t be standing in a night club swinging their fat ass to some music as they…

The Threshold Bookcast : Chapter 17 : Where Will You Be

Chapter 17 : Where Will You Be

The central character of this week's instalment of The Threshold Series is Rahu Lüli, the young cenobite from Kõrgus.

At the beginning of the chapter, the teenager is getting ready to leave the monastery, and he ponders the events that have led him to believe that he has found the…

In episode 100 of Janey Godley’s podcast the comedy mother and daughter celebrate with guests and a live photo shoot from Victoria Barnet. Ashley brings her weird facts to the table and Janey gets down and smutty with her interruptions.

There are a good few tributes and some singing involved and much appreciation from the podcast team. Listen in for some…

The Threshold Bookcast : Chapter 16 : The Solid Time Of Change

Chapter 16 : The Solid Time Of Change

The sixteenth chapter of « 2206 : Window Onto A New World » features the scientific facilities of Veshtar, and revolves around Bernard Sturn.

At the end of an all-nighter, weary of responding to video emails, the famous space engineer takes a break to rest his eyes, and…

Can someone tell me how to add a photo of myself to my member profile?

The Figurative Art Exhibition Now Online and Ready to View 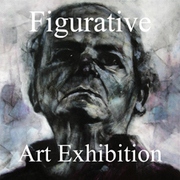 Light Space & Time Online Art Gallery is pleased to announce that its June 2012 art exhibition is now posted on their website and is ready to view online. The theme for this art exhibition is “Figurative” and artists were asked for their interpretation of this theme by depicting the human form or human features. “Figurative” was considered to be figures, forms and faces…

Please collect me on the Artist wanted art site so I can win money and an Art exhibit in NYC. Thank you Karin Fain Go to