The Burns are fading

My nose looks like someone took a blow torch to it and the back of my neck is looks basically like a burn that occurred when a chip pan was thrown at me. I won’t ever sit near a burning ball of fire called the sun ever again.
The good news is I love LA and have met loads of awesome people, even the couple who had a big screaming domestic fight on our street (how dare they- we are posh) – but anyway this man and woman had a bust up.

How, I don’t really know as she owned a car and… Continue Wish You Were Here 9 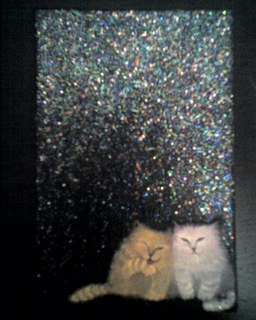 why do i draw

In the past months, I have been principally engaged with drawing techniques. These have proven, above all other past methods, to be the
most coherent (due to its “simplicity”) in my desire to represent human
mental processes and the cognitive impact of pharmaceutical drugs. To
be more precise, what has called my attention for the past years, and
what I am seeking to delve into in the future, is the field of
neuroscience as it…
Continue This exhibition presents sexual diversity as something universal to all cultures, it has been created for young people between
the ages of 12 and 20, so they can understand that there is a wide range
of options for their sexual life both now and trough their lives. It
contains an appreciation… Continue

Yesterday, while I painted. For the first time, I radically perceived the influence and interaction of the colors, music, the films in my wonder, my diving in the painting. One hour arrived that I saw that, each color was the
result of an emotion caused for a film or a sonorous track. For more obvious
than it seems, that art is feeling, and a cause to another one; for me the
things had been…

* Be featured in the internationally distributed and acclaimed art magazine: (t)here
* Host: 1 Day of ART
*
(t)here magazine's 1 Day of Art, invites Talenthouse artists to submit 3 pieces of artwork by August 12, 2010 to be considered for the prestigious 24 hour event that is being held in Copenhagen, Denmark on October 1st and 2nd 2010.

Once all submissions are received and reviewed,… Continue

Artist Rituals:: Sharing and discussing the rituals artist use when making art


I just joined a group about the rituals we all do before creating so ill post here
in my case:

Well,i have a few. one is painting while seein a movie or cartoons,always with a bottle of coke zero or Light Coke and cigarets.The other is in absolute silence. The other is with music and
cartoons on mute or only music,sometimes with only 1 lamp on… Continue

Ooops, I got burnt

My favourite thing in Los Angeles is to take a bus, for those of you who saw my show last year you will know what I am talking about. Me and the loonies get on just fine and dandy and the buses are chockfull of loonies.

On the 702 bus there was big fight between a wee man with a walking stick and a driver who wouldn’t ask young Japanese students to get off the disabled seats.
The lame man screamed at the driver “I hate communicating with strangers, you tell the fucking gooks to… Continue 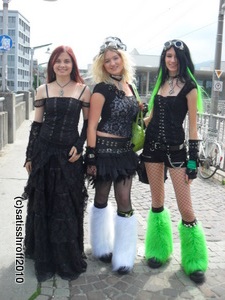 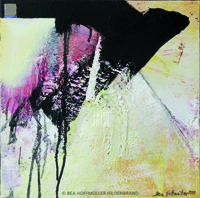 I Found A Picasso Shalom Check it out L A’s fine the sun shines most the time

I have arrived…in Los Angeles. The flight was amazing, as I got upgraded to club class and lay down, slept, nibbled on lobster…had a reaction, took an anti histamine and slept more. Yes, rock and roll hives that’s my life. I know I can’t eat shell fish, but it was too good not to itch over is all I am saying.

There was a story here a minute ago but after reading it, I selected it all and hit the delete key and am now left with nothing but these words.