I'm taking orders on the dishware now, they've been selling quicker than I can make them! If you want to order send me a message!
http://soule5675. mosaicglobe. com/gallery/3383

The goal for Drawing Day is simple - to create enough drawings to make some noise worldwide for the sake of art. 2008 is the first year of this initiative and the goal is 1 million drawings. The idea for Drawing Day was hatched by a small but passionate group of individuals who love illustration and art and knew the web would be a great platform… Continue

I decided to give my self a senior thesis on the fact that no one at L.M.U would ever care to give their seniors a thesis worth while. It was a project that I took on for the AIGA LMU chapter that was going to display students art/design work. I love editorial design, so this was such a treat to work on "like I needed more on my plate this spring" Anyways the magazine turned out super. 6" x 6" Avant 360 issue 2.…
Continue

we also have private and… Continue


The new short film by Blu: an ambiguous animation painted on public walls.
Made in Buenos Aires and in Baden (fantoche)

Participate in a New Exhibition with the Brooklyn Museum

Our friends over that Brooklyn Museum have created another fascinating exhibition called "Click! A Crowd-Curated Exhibition" It's a photography exhibition that invites Brooklyn Museum’s visitors, the online community, and the general public to participate in the exhibition process.

I have been MIA the last month or so going through a lot of personal stuff, but fear not, I have not forgotten you. Thank you for your emails of love and friendship. I appreciate them more than you will ever know. I will get back to my normally scheduled debauchery during the next couple of weeks. I did want to remind you that even though the text part of my blog may not be updated, my podcast are almost daily. So if you… Continue Every Now And Then, at the The Carmichael Gallery in CA, will include BAP's own Josh Heilaman and Chad Mount aka tribalbot, along with Thaїs Beltrame, Jonathan Edelhuber, and Mehgan Trice in show where color and medium function as clues to the vast spectrum of human emotion.

Josh and Chad have been brooklynartproject.com members practically since we started, and we're proud to see them succeed. They're both incredibly… Continue

Commercial for my blog on BAP and my Utterz music podcasts 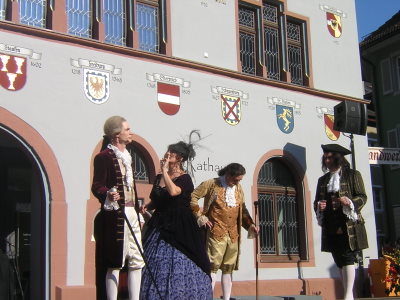 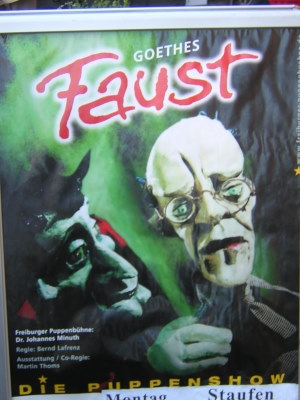 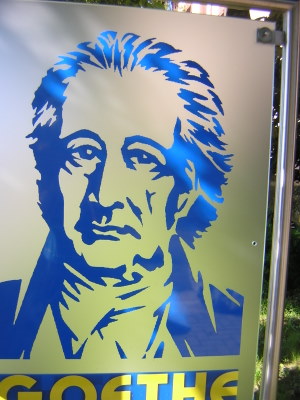 Goethe: A Writer of the First Rank (Satis Shroff, Freiburg)

Johann Wolfgang Goethe, who was lifted to nobility as J. W.von Goethe in 1782, was born on August 28, 1749 in the town of Frankfurt. The Goethes lived in a large, comfortable house in the Hirschgasse, now called Goethe Haus. Besides practical, scientific and autobiographical… Continue

Hey,
Odd news I had a booth at the alternative art show in Lemoyne, Pa. and showed my paintings and other works. I proved a point! Some people here locally refused to show 2 of my peices because they thought the people in the area would be in an uproar. The peice labeled "to be... " and the peice labeled "Mystique". Strangely enough everyone was cool with them and the parents did not go running out of the building with their kids. They actually appreciated that it was art and not… Continue

I believe an artists social network, has a two focus points:

How to balance the two, is the largest challenge of suce a network.