come wander with me


Find more videos like this on brooklyn art… Continue

streetshadows - Capturing the Light of Greenpoint"


Here's a slide show video of me installing my recent show at Gallery 3 in Ft. Greene, Brooklyn

I my me mine

the subject of this blog is life after art school

what percentage of art school grads achieve a modicum of financial success?

are you an art school graduate who moved on to other things?

did you attend art school but fail to complete your art school curriculum?

if yes, I am interested in hearing your stories

what happened to your…

I am a lump of jelly This poster was made by OBEY/ Shepard Fairey, He did a great job on it

I will say its his best so far, I should have posted this information on it sooner.

Thanks for the comments though! I wish I had made it!…

The young man and his double-clicks…

The young man and his double-clicks…

People of your own kind... I realized a couple of things this weekend.
I was in PA for the long weekend. Honestly I was enthralled by what I… Continue

the classic etch-a-sketch in widget form.

Just click into the drawing space, then use the up, down, right and left arrows. Enjoy :)

The Future of Civilization According to Theoretical Physicist Michio Kaku

Colours are where I find her face...

More will always be more...

This is a track from my "real" band's upcoming two part EP. There's a whole story behind it. but that'll be saved for the liner notes. The instrumental version is on my player.

She hates jazz
So I wrapped wires around wood
Stacked drums in echo chambers
Until it was good enough to mask
The 7/8 time of the sad bastard
Singing songs about the times that
Weren't so good but not that bad.
Nostalgic for a time
That never existed but the… Continue

With an Introduction by Chris Carlsson

I have a show hanging at the Verite Coffee/Cupcake Royale in Ballard for the rest of the month. Art walk is Saturday night (2/9) from 6-10PM. Stop by if you can! 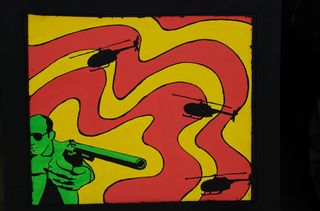 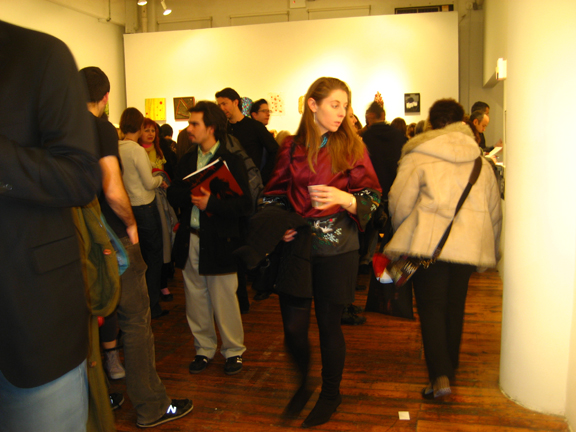 I had the privilege of showing and the A.I.R. gallery and it was what I have come to expect with every opening show night there. Booty to cooty people, elbowing your way through the hordes of people, swimming upstream like salmon. The glaring spotlights and the stiffeling heat with the occasional whiff of wine emanating through the crowd. And eclectic juxtaposition of artists—the trendy Brooklynite, the middle aged bra burning feminist,… Continue