In episode 132 of Janey Godley's podcast the mother and daughter comedy duo discuss Prince Harry's killing time in Afghanistan, the plight of gamblers amongst the poorest in the UK and their experience shopping in 'hip shops'.

The Moth of Sisyphus Light Space & Time Online Art Gallery announces an art call for the gallery’s 3rd Annual “Nature” Juried Art Competition for the month of February 2013.  The gallery invites all 2D artists (including photography) from around the world are called upon to make online submissions for inclusion in to the Gallery’s March 2013 online group art exhibition.…

"Mum those shoes are on sale, let's have a look" My daughter Ashley, dragged me into USC shop on Buchanan street Glasgow.  Ashley is 26 and is still excited at high top trainers...could be worse, she could be taking bath salts, running naked and attacking rough sleepers with a toffee hammer.

Am not a big shopper, to be honest USC confused me, it was just heaps of clothes on…

In episode 131 of Janey Godley's podcast the mother and daughter comedy duo go deep about UK libel laws, Lance Armstrong and Megan Fox. Janey talks about her twitter fight with Donald Trump and her fantasy of going crazy with a dirty cheese wire.

The chatty twosome talk comedy, life, sex and how Janey is keen on announcing deaths…

You know how you think back to things and with hindsight you wonder why you didn't react differently? Looking back I should have punched the man in the tweed suit.....here's what happened.

Back in 1996 I was flying to London to see my pals and do some open spot comedy gigs. I was super excited and chatty and couldn't wait to get there, it wasn't often I got such freedom and the thought… 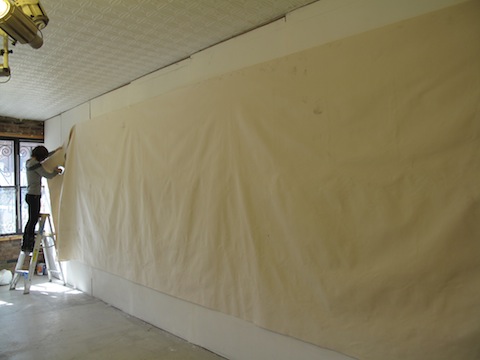 In episode 130 of Janey Godley's podcast the chatty mother and daughter comedy duo get down, dirty and daft about beavers, Flags in Belfast and funny stories throughout the year.

Ashley tells us about her…

New paintings and where to find them

Hi everyone, I'm very excited to show you my new paintings. You can find them on my page here or you can visit my website.

If you are interested in buying an original or prints, you can find my work on Saatchi and FineArtAmerica. You can also contact…

The Galeria Aberta, with support from the "Junta of Estoril", in the context of cultural activity, organize the 2º International Juried Art Exhibition of Estoril, 02nd to 29th de March 2013.

Its not about what's "right" its about what works!

My name is Enrico Miguel Thomas and I have been drawing and painting for most of my life. After finishing at Pratt Institute, (class of 2006) in New York City I just wasn't sure what direction I was going to take with my art career. As a Pratt student there were classes that I simply had to take. If I wanted a…
Continue

In episode 129 of Janey Godley's podcast the comedy mother and daughter debate Jim Davidson's recent questioning regards 'Operation Yew Tree', the future of Comedy at BBC Scotland and offensiveness of the podcast.

All Photography Art Exhibition Now Online and Ready to View Light Space & Time Online Art Gallery is very delighted to announce that its January 2013 online art exhibition is now posted on their website and is ready to view online.  The theme for this art exhibition is “All Photography”.  The gallery received a broad selection of photography, including, film, digital, digital collage, digital manipulation, along with alternative…