Here are a few pictures from SIA's performance @ Virgin Mega Store @ 14th St. Wed. January 9th 2008. Not my finest snappies since I didn't get a great spot and there were a zillion ppl shooting and the shutterbug backfire was too much for my BS cammy... ah well... Next post will be a few Vid's.

My darlings La Rousse and Mr. Sir came with me. BH flaked out! BOOO! She should be beaten with a wet noodle or something!

New Year, new everything. Like the sun which hunkers low on December 25th and stays there 3 days only to rise again, so should all of us! Rebirth, reinvention, re-animation that is the pregnant promise of a new year and I am embracing it. Girlfriend of 8 months is now history. I cried, she didn't. Hmmmm. Took a lover after that, but the intensity. Ohh, the intensity! We remain friends, but I must continue with renewal. My tell all Half-Life I started today. I'll keep you posted on it. Create,… Continue

expect the unexpected or you won't find it

I have taken on the task of trying to understand some of the sayings of the philosopher Heraclitus. Roger Van Oech, who wrote: A whack on the side of the head, also wrote a nice little book called Expect the unexpected, or you won't find it - a creativity tool based on the ancient wisdom of Heraclitus.

The book list 30 sayings attributed to Heraclitus, with small interesting chapters on each. When I picked up the book and skimmed through it,…

An Incomplete Manifesto for Growth

Written in 1998, the Incomplete Manifesto is an articulation of statements that exemplify Bruce Mau's beliefs, motivations and strategies. It also articulates how the BMD studio…

Looking for artists to feature on new online art gallery

you can check out the beta site @ supporttheart.com

New here and what better way to start than....

Shameless self promotion! YAY! I have a custom vinyl show coming up the end of this month in a gourmet toy shop on the LES in NYC.
Here's the info for anyone interested:
Get a Grip!
A Custom Show Featuring Moneygrip (by kaNo kid)
Opening Friday January 25th 2008
6 - 9pm
Exhibition runs through February 20th 2008

Below is a preview of the piece I've submitted and… Continue

anyway, just wanna let you know that i'll be showing with my good friend, Zahir Sanosi of Keep It Like A Secret at the Night and Day Gallery. opening will be this thursday at 7pm. come down if you happen to be in singapore and /or around the area.

hope you guys had a good new years!

Im going to have a piece in the january OK Gallery (seattle) show comming up. also if Youre in Portland, I have a tile in this really cool tile show at the acorn coffee shop this first thursday. come see all the… Continue

Not that it is that hard to make me cry these says, but I lost it on the train today while reading this about the our Peter Pan of the phone phreaks.

KEEPS ON TAKING IT!

fancy land of Portland, OR
Belmont Stumptown Coffee
through January…

can't get it out of my head, makes me want to hurt myself

"Left Behinds" Suite 100 gallery Seattle. A goup show dedicated to those things that now are not....A great show with great artists and worth checking out if you are in the hood. I should be asleep by now since I have to haul ass to work tomorrow, but since the insomnia has permanently set in, here I am pecking… Continue

"Track One" aka "You Can Do Better Than Your Best"

In the player is a live performance at The Mingus Sessions. On what I thought was going to be the eve of my band's album dropping I decided to do a small salon session/ album release party. Well, it turned out that the album has yet to drop, but this is a live version of what was then the opening track. All live, no edits. 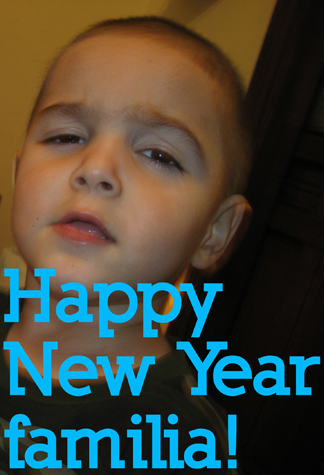 I feel like I am at a loss for words... which is quite a feat for me :). The years end has been a bit of a whirlwind. I saw one of my baby brothers for the first time in over 7 years and met the two new loves of my life-- my niece and nephew. I am certainly astonished at how love can instantly mend hurt & anger. I must admit that I am deeply impressed and proud of my brother. Life has not been kind… Continue