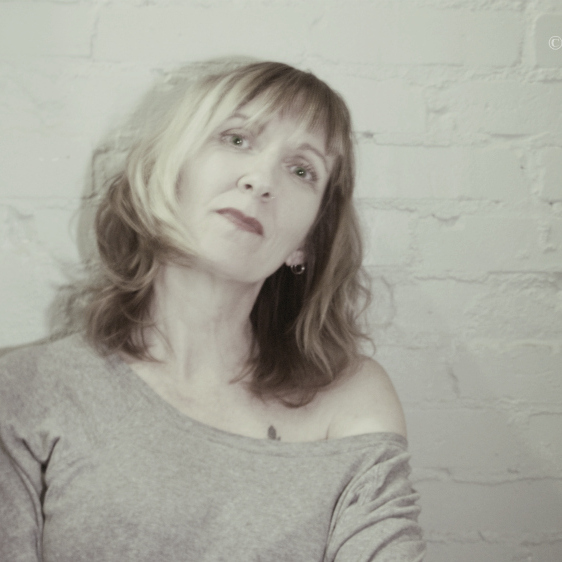 Solange Noir has not received any gifts yet

Which of the following best describe you?
Blogger, Professional Creative, Photographer

What do you want people to know most about you?
Labels that apply to me: photographer • documentary film producer • writer • hula hooper • student of Japanese & Spanish • cat worshipper

How did you hear about Brooklyn Art Project?
referred by a friend

Chance to see an image, a moment trapped in time...

At the age of eight, Solange Noir received her first camera, a hand-me-down Kodak Brownie Hawkeye. She then immediately field-stripped and rebuilt it so that it no longer took pictures but instead *gave* pictures, in an early example of optical telepathy. Family holidays were never the same.

Having been raised on a steady diet of Hammer films, Lovecraft, Hitchcock and Dark Shadows, she preferred to open a window to new perceptions rather than a door. Knowing she was goth before goth knew what it would become, she eventually fell in love with Patti Smith and punk rock but found a home in Bauhaus, The Sisters of Mercy and (especially) The Cure. Discovering a poet's heart hidden inside her own, which was a bit disturbing as she had no idea who left it there, she waded through the blackness of teen angst, learning to paint vivid pictures with her words. Her major artistic influences include Salvador Dali, Arthur Stieglitz, Rene Magritte, Hermann Hesse, Pablo Neruda, Louise Brooks, Harlan Ellison and Anais Nin.

Though her gypsy tendencies have taken her all over the country, to Atlanta, Seattle, Ashland, Rochester and Los Angeles to name a few, Solange has now returned home. She lives and works in a tiny library in Washington DC, surrounded by cats, hula hoops, kids, spare lenses and dusty books about Man Ray, Lee Miller, Shoji Ueda, Jean Cocteau and Akira Kurosawa. Her photos have been shown in Seattle, Los Angeles, Bisbee AZ and Richmond VA. Her poems have been published in blogs, journals and zines.

Solange is now trying her hand at production of the documentary film "This Is Goth." Her skills as a networking maven and connections to sake importers will prove invaluable in this new incarnation.

HAVE A HAPPY HOLIDAY, FESTIVE SEASON

Whatever you celebrate that floats your seasonal boat has a good one.

Oh and Batamology forgot about that one Thank you so much, Solange. I really like your works

Thanks Solange.  It's nice to have a new art friend in DC.  I'd love to get your feedback if you see the LAYERS group show I've put together at www.artworksrichmond.com.  My work along with some of my favorite collage inspired artists from around the country are in the show which opens July 29 at Art Works in Richmond, VA.  I look forward to learning more about your work as well.  All the Best, Destry

JD Siazon said…
Good luck with the charity thing, Soli.  Don't know much about the situation since I haven't watched TV or read a newspaper in awhile but it's nice you're helping out Japan.

George McClements said…
Thank you for the comment, your photography is beautiful

Tré Gallery said…
Most welcome. :) We are woman and reserve the right to change it a million times! xD

Tré Gallery said…
Hello there xD Yeah... Found my way here. Trying to figure it all out. Your page looks lovely, love the red text! <3