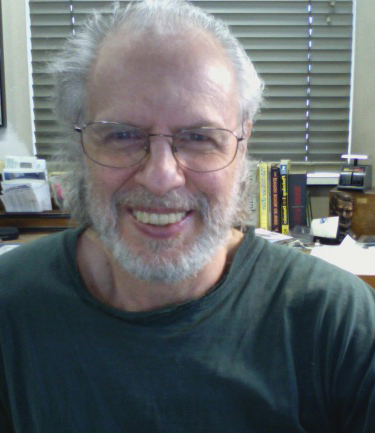 Russell Mehlman has not received any gifts yet

How often are you the first among your friends to try something new?
Seldom

How did you hear about Brooklyn Art Project?
From a BAP member

Russell Mehlman is an award winning artist and exhibits throughout the United States.

He started painting in 1976, and began showing in 1993, entering local and national Juried competitions. He has since won many awards, last being a FIRST PRIZE in New Directions ’08, The Barrett Art Center’s (in Dutchess County) 24th Annual National Juried Contemporary Art Exhibition. Juror, Asher Miller, of the Metropolitan Museum of Art, Department of 19th Century, Modern & Contemporary Art.

He is a member of New York Artist's Equity, and an active member of BWAC, where he exhibits 3 times a year at their waterfront gallery on Brooklyn's Red Hook Pier.

Rebecca Migdal credits him in Go Brooklyn (5/13/06), A Brooklyn Papers Publication, as being "among the borough's premier primitive artists."

Helen Harrison wrote in the New York Times (11/21/99) that his "...images combine the reductive treatment of everyday surroundings with more nuanced handling of facial expressions to create an air of psychological tension."

His style might be that of a primitive painter, as Rebecca Migdal called him, though he doubts it. "I'm probably more naïve than primitive." However, he vigorously rejects being called an outsider, which happens often.

"I am self taught and did come to painting late at age 30. But from 1965 to 2000, I worked as an advertising art director. Also during this period, my brother and I owned a small Mail Order & Book Publishing Company. And for 9 years I was creative director for Barnes & Noble's Direct Response Division. Plus I just don't feel like an outsider! Maybe I’m not seeing the forest before the trees, but I don’t think so."

He also did some acting in the '80s, and the experience he says was invaluable.

"I loved acting, might have stuck with it, except that I have a stutter and I just couldn’t work through it as other actors have. But I enjoyed it, it was a great experience, and the things I learned I use today in my art."

Russell Mehlman graduated from NYC Community College in 1965 with an A.A.S. in Commercial Art. He also majored in Theater Arts at Manhattan's High School of Art & Design. He is a native New Yorker, born in Brooklyn.