Arts In Bushwick has not received any gifts yet

Which of the following best describe you?
Art enthusiast, Other

What do you want people to know most about you?
Art is happening is Bushwick. Check it out.

How did you hear about Brooklyn Art Project?
online

In recognition of our perilous economy, Arts in Bushwick has decided not to collect registration fees from artists for the upcoming SITE Festival. Anyone who has paid the registration fee so far will be refunded.

Because of this change, we have also extended the deadline for registration an extra week; you now have until Monday, February 16 to sign up.

Bushwick SITE Festival is a two day interdisciplinary event, highlighting the diversity of performance in Bushwick. Bushwick’s first multi-location performance festival, SITE will take place on March 7 & 8, 2009, 1 PM - 9 PM. SITE centers around three hub spaces: Chez Bushwick, the Bushwick Starr, and Lumenhouse; performances will also take places in alternate locations including galleries, homes, studios, streets, and gardens. Encompassing theatre, dance, music, and other forms of performance art, SITE seeks to expand the interaction between spectators and spectacle, as both artists and visitors move through a plethora of spaces, events, media, and styles. The fourth annual BETA Spaces (Bushwick Exhibition Triangle of Alternative Spaces), produced by Arts In Bushwick, will be held on November 14, 2010.

BETA Spaces is a free one-day festival of conceptualized and thematic group exhibitions. The festival encourgaes first-time and experienced curators to develop innovative group shows in any and all media,… Continue 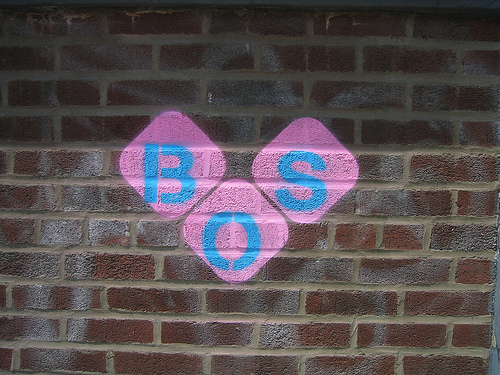 This year’s festival will take place on the weekend of June 4-6, 2010. Anyone in the community is welcome to participate by presenting art work, organizing activities and events, or by helping to produce the Festival.…
Continue

Arts in Bushwick Presents a Multi-Venue Celebration of Live Art!

BETA Spaces is a free one-day festival that invites artists to collaborate across media and disciplines to develop conceptual group exhibitions and provide innovative contexts for their work. As the name suggests, BETA Spaces encourages a… Continue

NayMarie said…
We would love for you to join us at the IMPACT Art Show 2010! We will once again amaze art lovers with the skilled efforts of its artistic collaboration depicting the issues plaguing our world today. 5thGearMultimedia and some of the most talented artists in NYC welcome the community to view the world as we see it through our eyes. Please come and indulge in the memorizing portfolios that will be displayed alongside the synergetic masterpiece of IMPACT, have a glass of your favorite drink, and bask in the ambiance! The show is Saturday May 29th from 7p to 2a at N4th Bar (160 N 4th St, Brooklyn, NY 11211). Admission is only $5, 21 and over. For more details please visit http://events.5thGM.com or you can visit the BK Art Project event page at http://www.brooklynartproject.com/events/impact-art-show-2010