Alexander Ruppert has not received any gifts yet

What do you want people to know most about you?
my artwork

How did you hear about Brooklyn Art Project?
I found it at ning

The artist Alexander Ruppert breaks taboos. In doing so he doesn’t only create the basis to provoke the beholders of his pictures. For the artist the taboo rather is the basis to move freely in his art, as Ruppert described it in a conversation with regard to his recent work ’New Life’.
’New Life’ is a successful example of how the difficult topic of ’death’ can be freed artistically from taboos without losing one’s due respect for it. Thus he works referring to his subject. And here he places great importance on not being prejudiced. That is Alexander Ruppert’s frank and honest way in his artistic creations.
Quite deliberately his collages with diverse materials are shown 3-dimensionally in his exhibition with the intention to preoccupy visitors completely. Thus the artist – who lives in Bad Kissingen, where he also has his studio – articulates critically socially relevant subjects of our time. He challenges our examination beyond his art.
Alexander Ruppert, who attended the Munich specialist college for media design from where he graduated in 1999 passing with distinction, mirrors everyday life in his pictures. But not without analyzing or interpreting it.
And he takes the liberty to reflect open-mindedly.
This enables him to make ordinariness look new through all its hidden pecularities and quite particular shades.
Alexander Ruppert invites us to look for the special aspect in well-known things, not to be superficial, to allow us to be open-minded.
’Cracks’ is a fitting example of such a way of thinking. Here, the artist has scraped off the paint unto its basis. Layer after layer he has scraped off the respective surfaces to reach the origin deep down. For only reverting to the origins allows one to dare set out for a fresh start, totally freed from the past.
The artist knows how, in painting, to reduce landscapes, still lives, situations and events to get to the heart of the matter.
He so succeeds in playing masterly within the limits between representational and abstract art.
Undoubtedly, Alexander Ruppert is inquisitive in his artistic work.
Nearly all his pictures contain fragments of words. They symbolize communication between people without which we wouldn’t be able to cope.
At the same time the artist manages to challenge the beholder to communicate with his creations as well.
We enjoy following the artist’s ideas when he states: ’’I use art as a means of communication, art as an independent being that doesn’t aim to impose itself on people, but one that doesn’t give way either.``

Alexander, Many Happy Returns and wishing you all the best on your Birthday, From Janey Godley

Alexander, Many Happy Returns and wishing you all the best on your Birthday 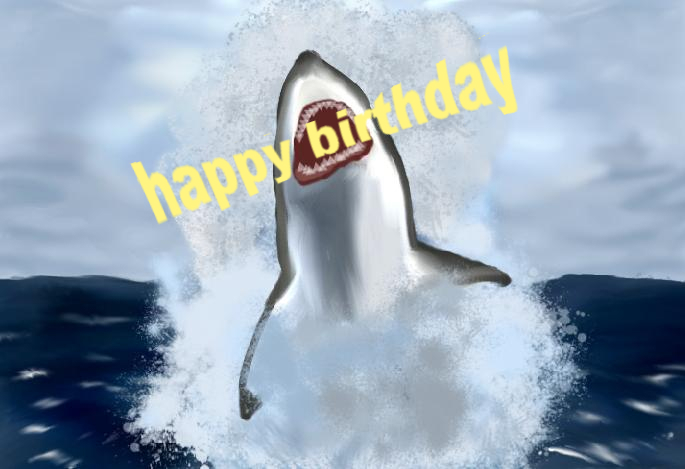 Janey_Godley said…
Alexander, Many Happy Returns and wishing you all the best on your Birthday. Just Give Me A Reason (Pink) - excerpt - [Fingerstyle Guitar Covers]