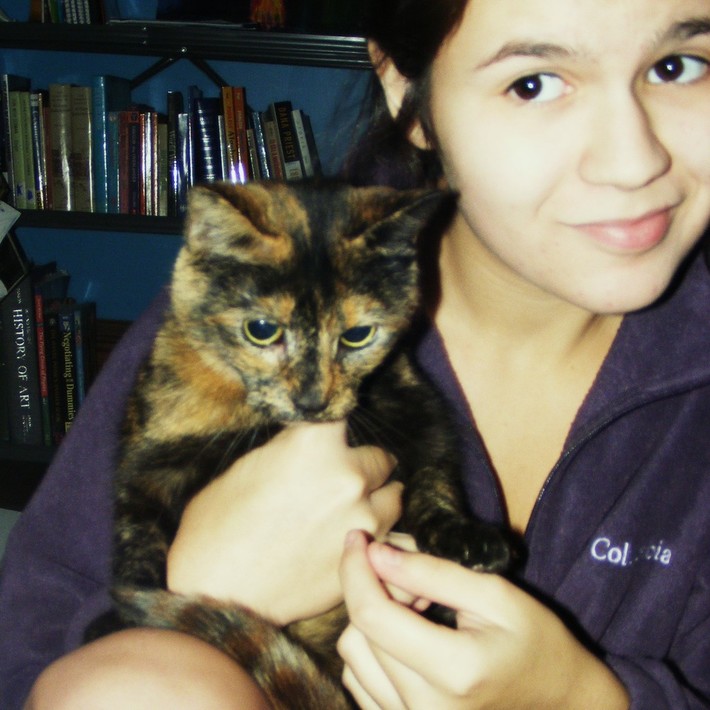 Alex Thompson has not received any gifts yet

Give Alex Thompson a Gift

Which of the following best describe you?
Painter, Art Enthusiast

What do you want people to know most about you?
I'm a highschool sophomore with plans for a college double major of painting and ceramics.

How did you hear about Brooklyn Art Project?
a friend

In general Alex Thompson would not appear to be a veteran artist, except that she has been expressing herself through the visual arts since the moment she could hold a pencil. Thompson is a high school sophomore who works in acrylic, oil, and pastel media in order to create contemporary, abstract and realistic works of art. Her work has been recognized in downtown Bristol galleries, Bristol Public Library showings, and has been awarded in numerous regional exhibitions- including Best of Show at the 2008 Appalachian Fair. Currently, she is working on her Lines of Color series, as well as her strikingly realistic, mixed-media animal pieces, and has also been expanding into new forms of art including pottery and polymer jewelry. Thompson plans to continue creating and improving her art, and would like to attend college for a double major in painting and ceramics.