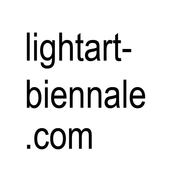 The Biennial of light art Austria 2010 is an exhibition of contemporary art dealing with light and is inaugurated in 2010. “ is „private light in public spaces“ “Last call for entry” info@lightart-biennale.com Deadline is September 1st

This group does not have any discussions yet.

You need to be a member of Light Art Biennale Lichtkunst 2010 to add comments!

Comment by Kielnhofer on July 26, 2010 at 1:56pm
“Last call for artists”
info@lightart-biennale.com
Deadline is September 1st

Comment by Kielnhofer on July 26, 2010 at 1:51pm
The Biennial of light art Austria 2010 is an exhibition of contemporary art dealing with light and is inaugurated in 2010.
General information
The slogan of the „ Biennale für Lichtkunst Austria 2010“ is „private light in public spaces“ and takes place in Austria within the project “LALA”. LALA means Linz (Austria) and Langenzersdorf (Austria), where the two initiators have their ateliers. Linz was the cultural capital of Austria in 2009, and the city is established in the cultural landscape by the Museum Lentos, the Ars Electronca Center and the Brucknerhaus. Langenezersdorf , a township close to Vienna, has two museums for famous Austrian sculptors, the Hanak-Museum and the Charoux-Museum. On April 13th 2010 the National Biennale of light art starts by presenting artwork in public spaces.
Artists from all over the world are invited to show their light projects in streets, squares and public buildings, trying to empathise with the places and the people who frequent them or simply work there.
Already completed artwork is shown as well as artwork especially created for the Biennale. The keywords are light-art, public and private, which build the triangle of eagerness.
The organisation team of the „Biennale für Lichtkunst Austria 2010“ is led by Martina Schettina from Langenzersdorf and Manfred Kielnhofer from Linz.
Exhibition spaces
The public exhibition spaces are selected by the artists themselves. There is no border and no limit, so every artist has the greatest possible freedom of action. The reaction of the public will be different, because they are rapidly transformed into a captive audience. The public may come with no prior art experience, alternatively with much education.
Concept
This first Biennial for Light Art in Austria wants to generate a cut surface between society and art. The spontaneous conjunction with art in public spaces leans on the art concept of Joseph Beuys from 1965 “How to define the paintings to the dead rabbit” in Düsseldorf.
A dialogue should arise between art and the public.
Artists
Among the selected artists will be light artists as well as artists, who use light in art for the first time. The use of light will transform art to a higher level.
Sponsoring
The Biennial is sponsored by Austria, its cities and towns, which provide the artists with public squares, streets and buildings free of charge. More sponsors are welcome.
Opening Hours
The opening hours of the Biennial are 24/7, it is open around the clock. The possibility to have a look at a rising artwork, depends on fortune. Only the artists know where and when their artwork is installed, and how long it is exhibited. Comment by Kielnhofer on July 26, 2010 at 1:49pm
Light Art Biennial Austria 2010
The Biennial of light art Austria 2010 is an exhibition of contemporary art dealing with light and is inaugurated in 2010.
The slogan of the „ Biennale für Lichtkunst Austria 2010“ is „private light in public spaces“ and takes place in Austria. 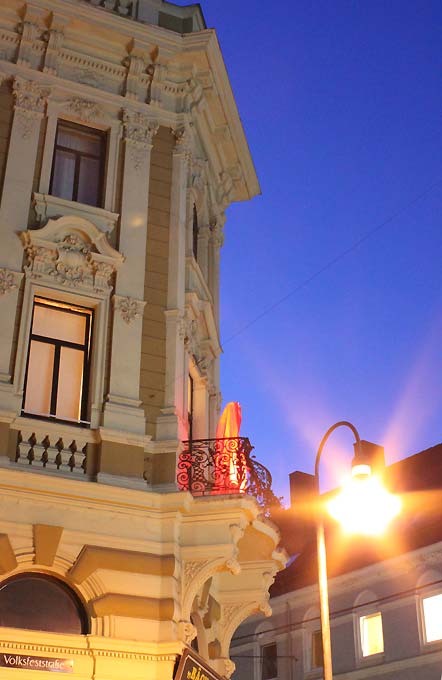