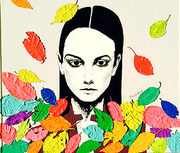 Appointment only on Wednesday

SULEBOX's Biography
I wrote stories before to begin painting pictures. I had written six stories for five
years, and a day three years ago, I finished writing the story "A Light Blue Beetle," and I realized that I performed my mission in this life. But next morning, I still existed in this world... and I began painting. So, I wish just looking my picture makes someone feel funny a lot.

May 2013: Parrot philosophy @ The artcomplex center of Tokyo

Satie meets funk and jazz. part of an arrangement in progress. recorded in july 2018. ❤ thank you for your support ! ❤ § you're invited to subscribe to the ★...
13 hours ago
0 Comments